Iranian Provocations Vs US Navy Could Lead to Accidental War 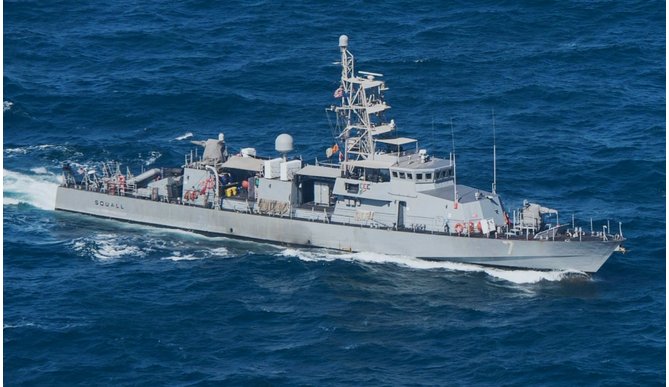 The Iranian navy has recently made a number of warlike provocations vs. US Navy warships in the Persian Gulf. If these provocations continue, the chances of an accidental war between the USA and Iran will increase. One never knows when a miscalculation or a misunderstood order in such close quarters could lead to either side sinking the other’s ships and a regional war would break out. The first link and second link detail Iran’s warlike provocations vs. US ships. The Iranian warships making these provocations are akin to the PT boats that were operated by the US Navy in World War II. In practice, torpedoes or short-range missiles could be mounted on them and fired at US warships. In the reports and videos that are in the first two links, it is clear that the Iranian vessels are easily within torpedo or short-range missile range of the US warships that they are provoking. Reportedly, one US warship fired warning shots at the Iranian vessels to warn them to stay away.

Clearly, the aggressiveness of the Iranian actions indicates that they are fully convinced that the USA, as long as Obama is president, will take no serious actions to counter the warlike actions of these small Iranian vessels. This makes it possible for Iran to embarrass Obama and the USA almost at will. The fact that these Iranian vessels, which were seemingly practicing a “swarm” attack pattern against more than one US warship, were not fired on and sunk by the larger US warships, indicates that the captains of the US warships must be hamstrung by “rules of engagement” from Obama that require US warships to not take any self-defense actions when they are militarily provoked. This must really chafe US military personnel. If a person like Ronald Reagan were president, I think I can say with a high degree of confidence that the US warships would be given a “weapons free” order to sink any such Iranian vessels approaching in such warlike attack patterns. Of course if a person like Reagan were president, Iran wouldn’t dare order their ships to make such warlike approaches, as they would know their ships would be blown out of the water. [As an aside, I think Hillary Clinton will continue Obama’s policy of national decline and weakness, but Donald Trump would act more like Reagan in such matters.]

Such weak responses by the USA have very serious national security ramifications. All other nations see the incredible weakness that Obama has displayed toward Iran in many matters. Obama has all but acted as if he is an Iranian ally. This confusion about US intentions destabilizes the entire Mideast and it could easily embolden US enemies and rivals all over the world to take military actions that they would not ordinarily take if a firm hand was running the White House. Obama’s policy of weakness forces US allies in the Mideast to put even greater haste into their efforts to look for new allies to shore up their own national security situations. This blog has followed for years the growing alliance-building efforts between the Israelis and the Sunni Islamic governments in Egypt, Jordan and Saudi Arabia as they are all increasingly threatened by a resurgent Iran. Israel and India have also been drawing closer together. Since a US president, Obama, has been instrumental in aiding Iranian military resurgence, it has created a very confused geopolitical situation in a region of the world already famous for confused politics and alliances.

As evidence of the increasingly muddled state of Mideast geopolitics, the third link reports that Turkey’s Islamist government has sent its Foreign Minister to Iran for a surprise visit and consultations. Turkey is barely in NATO any more these days as it slides deeper into an Islamic dictatorship and forsakes its historic secular Islamic democracy which made it admissible to NATO in the first place. Turkey may be groping around for a new Mideast alliance (or at least some regional understandings) as it becomes more likely that Turkey will leave NATO if Erdogan stays in power and turns Turkey into an Islamist dictatorship. Iran has forces fighting for President Assad inside Syria and also fighting against ISIS inside Iraq, and Turkey seems to be edging toward a more active military role inside these nations. I think Turkey’s main goal is to stop a Kurdish nation from forming along its southern border, and since Iran has a Kurdish minority as well, Turkey is likely seeking Iran’s support for preventing the development of an independent Kurdistan.

Turkey is even rumored to be considering allowing Russian warplanes to operate from a major Turkish air base against targets inside Syria and Iraq (the fourth link reports on this possibility). This would be a huge policy reversal as not long ago Turkey and Russia were at loggerheads over Turkey’s shooting down of a Russian warplane that wandered close or just inside Turkish airspace. Turkey is playing some strange games, and its intentions are not altogether clear. However, one clear Turkish goal seems to be to either prevent an independent Kurdistan from forming on Turkey’s border or to at least minimize its ultimate size.

What is increasingly evident is that the entire region lacks any coherent leadership or policy involvement from the USA. President Obama seems too busy playing golf to attend to pressing matters of state policy. It’s sad to say, but the USA, under Obama, has been in a state of accelerating decline. Obama’s weakness in foreign policy and military matters has done much to further the development of the “Gog-Magog” alliance that was prophesied in Ezekiel 38 to come into being in the “latter days” or “latter years” of this current age of mankind. Perhaps God has allowed a very weak US president to be in power at this time because it is God’s Will that the Gog-Magog alliance come into being and grow stronger at this point in the latter days. At any rate, the current trend is clear: the Gog-Magog alliance is growing stronger and more assertive, and the western alliance is growing weaker and more irresolute.