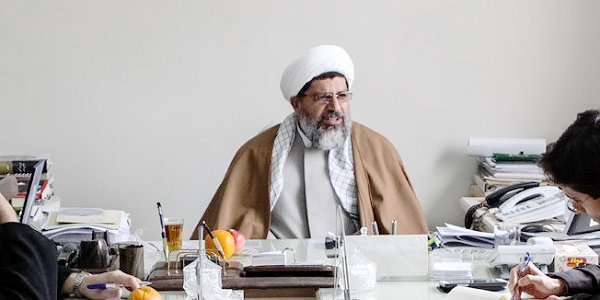 While the American media continues to be obsessed with the political soap operas inside the Washington DC beltway, very important geopolitical developments are continuing throughout the world.  One region that is close to a wider war is the Mideast. While the Mideast offers several possibilities for a wider war erupting, this post is focused on the growing threat of war between Iran and Israel.

A top Iranian official again threatened the existence of the Israeli nation and specifically made direct threats against Haifa and Tel Aviv (first link). His words were “Tel Aviv and Haifa will be razed to the ground.” Has the world become so inured to wild threats from Iran that they are no longer taken seriously? An Iranian-Israeli confrontation has been building for years, but the seriousness of the situation is reaching new levels. The second link reports that the Israeli government appears to be preparing the Israeli population to realize that a clash with Iran is inevitable and asserts that Iran has moved Iranian air force units and other military equipment to Syria in preparation for a strike vs. the Jewish state (third link). An Iranian commander has also threatened the Israelis that “You have no way to escape but to the sea.”

Israel has not been idle in the face of such threats. Soon after the USA, Britain and France hit targets inside Syria with over 100 cruise missiles, the Israelis struck and destroyed an Iranian air defense system that had been flown to a Syrian air base (fourth link). The Israelis also sent a strong warning to Iran a few weeks ago when it sent two F-35s obtained from the USA deep inside Iranian airspace on simulated attack missions to demonstrate to Iran that Israel can easily hit Iran’s home soil if Iran attempts to unleash a war against Israel via Iranian forces inside Syria as well as via its Hezbollah proxies (see my recent post).

It is well known that Hezbollah has many tens of thousands of rockets and missiles of many varieties in Southern Lebanon, and that Hezbollah will almost surely fire them at Israeli targets if Iran gives them the green light. In recent years Israel has struck Iranian and Iranian-proxy targets inside Syria many times in what is almost surely an effort to delay and/or deter such an attack. However, Iran seems to be itching for a fight with Israel. Indeed, with so many threats against it from Iran, it is remarkable that Israel has been so restrained in its efforts to defend itself. With so many missiles and rockets aimed at Israel from Hezbollah inside Lebanon, how long can Israel delay a pre-emptive strike to take them out before they can be launched en masse vs. Israeli targets? Israel is a small nation and it has no hinterland to absorb a mass strike against it. That fact became very evident to me when I was in Israel in August 2000–during which I stood at the Israeli-Lebanese border fence and also looked up at the Golan Heights one morning to see how strategic those heights really are. Israel has a multi-layered sophisticated national air defense system with its Iron Dome, David’s Sling and Arrow air defense systems, but can it defend against many thousands of missiles and rockets all coming at the same time? If Israel decides that an Iranian/Hezbollah strike is imminent, it will have no choice but to strike first to destroy as many of those threatening missiles and rockets as possible. It has also served notice that if Israel’s homeland is struck, Iran’s homeland will be hit as well.

Israel is in the process of celebrating its 70th anniversary as a nation, but the threats against it are now so many and so strident that it may have to again go to war to ensure its independence and survival. If it does, the Bible gives us insights into what will likely happen. Genesis 49:8-10 prophesy that Judah (the Jews/Israelis) will be a small but lion-like nation in the latter days of our age. Zechariah 12:1-7 prophesy that God will defend “Judah and Jerusalem” no matter how many peoples are gathered against it. As the creator of the Universe, God always has the final say about the outcome of human events. Based on these prophecies, if I had to bet on an outcome in an Iranian-Israeli war, my bets would be on the Israelis. For much evidence that we are truly living in the “latter day” period of time prophesied in the Bible, please read my free article, Are We Living in the Biblical Latter Days?