IRAN BRAGS IT CAN PRODUCE NUCLEAR WARHEADS (What This May Mean) 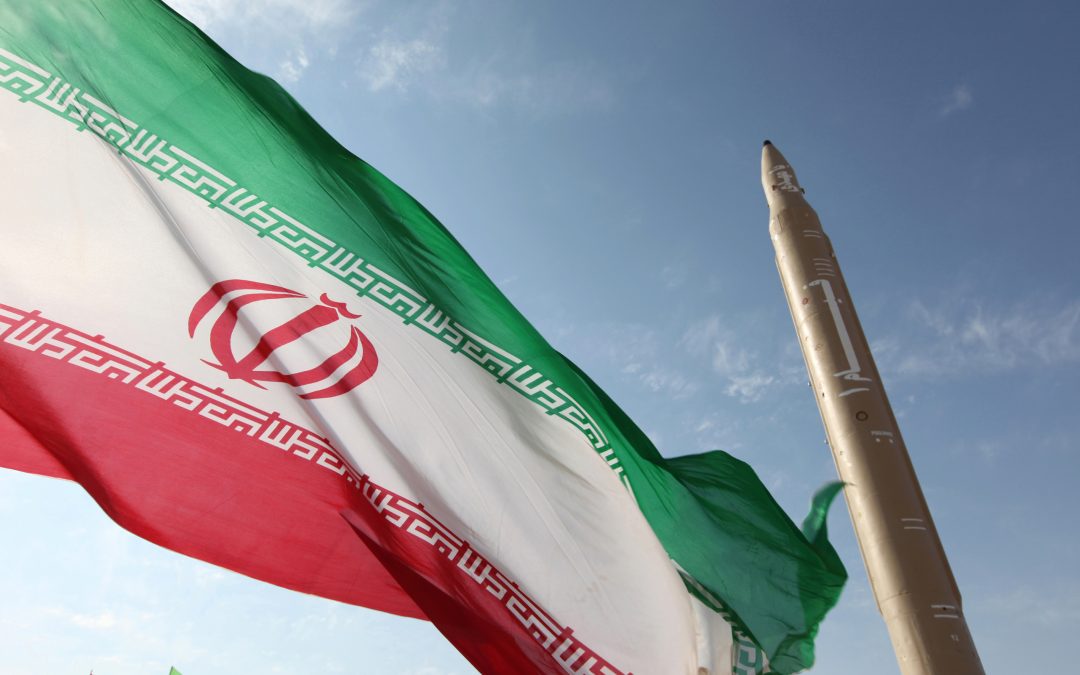 In an act of braggadocio, Iran has declared that is now “capable of manufacturing a nuclear bomb” (first link), although it claims to be non-committal about building one. Seriously? After all its monumental national effort to build nukes to “wipe Israel off the map,” does anyone doubt Iran will build nukes if it can do so? The first link also cites a US official as saying that it is only “weeks” until Iran has “enough fissile material for a bomb.” Furthermore, a UN spokesperson said that Iran has likely dealt a “fatal blow” to the moribund agreement it had with the European nations and the USA to slow down Iran’s nuclear program. Iran has removed 27 surveillance cameras (operated by international agencies) from its most sensitive nuclear facilities so the likely meaning of that act is that Iran is racing to build its first nukes but doesn’t want the world to be able to see it (second link).

The third link and fourth link cover the same developments from different perspectives. They agree that Iran has the technical ability to produce nuclear weapons within weeks, and that the Europeans and the USA are guilty of “wishful thinking” in believing they can stop this via diplomatic means. The top IDF officer is cited as stating it is a “moral imperative” for Israel to have a military option to stop Iran from making nuclear warheads. He is right, but Israel has a problem. It now has a caretaker government due to political paralysis in forming a government that has enough Knesset support to truly lead the nation and make vital decisions. Israel has scheduled new elections, but the Iran threat may have to be dealt with prior to those elections.

The recent visit of US President Biden to the Mideast seems to have accomplished nothing in addressing this Iranian threat. Outside of doing a few photo-ops, there appears to be no meaningful result from Biden’s visit to Israel and Saudi Arabia. The Saudis are taking no significant action to increase energy output and the joint declaration of Israel and the USA to prevent Iran from having nuclear weapons appears to be an example of the leaders of those nations speaking at cross-purposes to each other. In making such an assertion, Israel is referring to direct military action to prevent an Iranian nuclear bomb, but the American leader is thinking about diplomatic efforts to stop such an outcome even though there isn’t a shred of evidence diplomacy will do any good.

Indeed, the fifth link reports that Iran is expected to take military action against US interests and personnel in the Mideast via Iran’s proxy forces. Israel has also chosen at this critical juncture to demonstrate a new weapons technology it has deployed. The sixth link discusses this new technology. Israel has developed the ability to tightly focus an EMP weapon’s beam to take out, in this instance, a Hezbollah drone. Obviously, Israel isn’t revealing the full information on how extensively this new technology has been deployed and how tactically it can be currently used. Can it be used to disable attacking aircraft as well as ballistic and cruise missiles? Has this new weapons system been mounted on Israeli warplanes, naval ships and armored vehicles? I don’t think it is any accident that Israel demonstrated this capability at this time. It was meant to warn Iran that Israel has a new weapon system to shoot down attacking aerial platforms fired at Israeli targets.

Allow me to make some personal observations. It is apparent to me that the nations of the world do not take President Biden or his administration seriously. Biden’s first foreign policy act was to order the UIS military to flee from Afghanistan like scared rabbits from a rag-tag band of Taliban fighters. Biden’s action was an act of extreme cowardice, and the nations all witnessed it. Biden could have ordered a strategic retreat which gradually withdrew all our personnel, allies and weaponry, but instead chose a method which branded him a weakling in the eyes of the entire world. When the Soviets withdrew from Afghanistan decades ago, they did so in good order–bringing out their troops and weaponry intact. The Soviets did it the right way, but Biden could hardly have done it in a worse way. As a result, nothing Biden does or says is taken seriously by Iran’s rulers. They see America under Biden as too weak to do anything to stop them. Sunni Arab nations likely share that view of America under Biden. There is no question America would be taken far more seriously if Donald Trump were still president. Also, many Israeli statements have been made by high officials that Iran will be obtaining nuclear weapons soon and that they can’t tolerate it. They have been saying this for months if not years. Israeli threats are starting to remind me and, I think, everyone else, that Israel is merely “crying wolf” about doing anything with their military to stop an Iranian bomb. Israel is doing a lot of things to slow an Iranian nuclear bomb via Israel intelligence operations inside Iran, but Israel has not yet demonstrated any willingness to use actual military force against Iran’s nuclear facilities. Israel may be rapidly approaching a point where it either needs to “put up or shut up” about using its military to stop an Iranian nuke from being developed.

If Israel does choose to launch a military attack against Iranian targets key to its nuclear program, it is likely that some Arab Sunni nations will assist the Israeli attack as Sunni Arab nations are also threatened by the Iranian nuclear program. If this happens, I expect Iran to respond with major military action. I expect it will launch ICBMs and cruise missiles against Israeli cities and military sites, authorize Hezbollah and Hamas to fire tens of thousands of missiles and rockets at Israel, etc. I also think Iran will activate Iranian-sponsored sleeper cells inside the USA to paralyze the US economy and infrastructure. Iranian hit-teams may target civilians at randoms in mass shootings, but that will not paralyze the American economy or financial system. I think Iran would direct such sleeper cells to use RPGs, mortars, etc. against electrical substations, natural gas terminals, oil refineries, large banks, official government buildings, etc. Israel is well-prepared to quickly shut down such terrorist activities inside its borders, but American leaders seem to be sleep-walking re: this threat. If such attacks occur, American citizens will be furious their government hadn’t prepared for such attacks.

Consider one other possibility. Iran has long called Israel the “Little Satan,” but it has also called the USA the “Great Satan.” What if Iran decides to open hostilities with an attack against the “Great Satan” instead of the “Little Satan?” Iran could put one of its new nuclear warheads on an inconspicuous merchant vessel with a third-country flag and sail it into an American seaport. What if they sail a hidden nuclear weapon in a ship which detonates its nuke just after it docks at a New York pier? Iran could deny they did it even if they did do it. If the nuke is big enough, it could destroy Wall Street, the COMEX, the NYMEX, the New York Federal Reserve branch, the UN, and any number of Fortune 500 banks and financial institutions. It would utterly dwarf the events of the attacks on the Twin Towers. US intelligence agencies should monitor the whereabouts of the Russian and Chinese UN ambassadors as a precaution. If both suddenly leave New York City at the same time, they may be doing so because they have been forewarned a major attack against New York is imminent. Also, the Biden administration has so stupidly left America’s southern border open that any number of sleeper cells and even major weapons could be smuggled across the border to be used against American cities and infrastructure targets.

Interestingly, the Bible has a chapter that could be fulfilled by the detonation of a nuclear bomb at a New York city pier. Revelation 17-18 describe the sudden collapse of the global financial/political system of the world in the latter days of our age (see my article, Are We Living in the Biblical Latter Days ?). It includes the prophetic details that a huge fire will be raging at a seaport associated with the governing elites of the global system called Babylon the Great in the Bible. Revelation 18 repeatedly states that this destruction will come within “one hour.” Revelation 18:17-19 make it clear the city struck has to be a seaport as sea-captains are moving their ships away from a burning seaport city. Verse 17 says the ships will withdraw themselves to be “afar off” from the burning city. Why? Is it because the fires are radioactive? If Iran is involved with such a nuclear attack, it will not be acting alone. Revelation 17:9-18 reveal this attack will be planned and executed by a cryptic alliance of “seven heads and ten horns” which could allude to leaders, nations, huge mega-corporations, etc. The city struck in this end-time attack is one that “reigns over the kings of the earth” (verse 18). Given the political, financial and monetary dominance located in New York City, I do not see how any other seaport city can compete with New York City for such a description. Global governance by the insider elites and the financial reign of the US dollar would almost certainly end if such an attack occurred. Revelation 18:8 says this globally-important city will be “utterly burned with fire,” and verses 10-15 show that global commerce will come to a sudden standstill when this destructive event occurs. The target city has to be a global financial/banking/commercial center for this to happen, and it must be a seaport city. What other city but New York City could have these characteristics?

Keep in mind I am not predicting this specific event and I certainly don’t “set dates.” However, with Iran soon to be producing loose nukes, and given Iranian hatred vs. the USA and Israel such an event is certainly possible. Iran may choose to strike at the very heart of Western capitalism with its first nuke, not an Israeli target. Are you prepared for the massive changes that would occur if this type of event happens? Almost no one is. I suggest you make some personal preparations…while you can. God is going to fulfill this prophecy sometime in the reasonably foreseeable future. It may be years off or it may be just weeks or months off…given the accepted fact that Iran could have nuclear weapons within weeks.