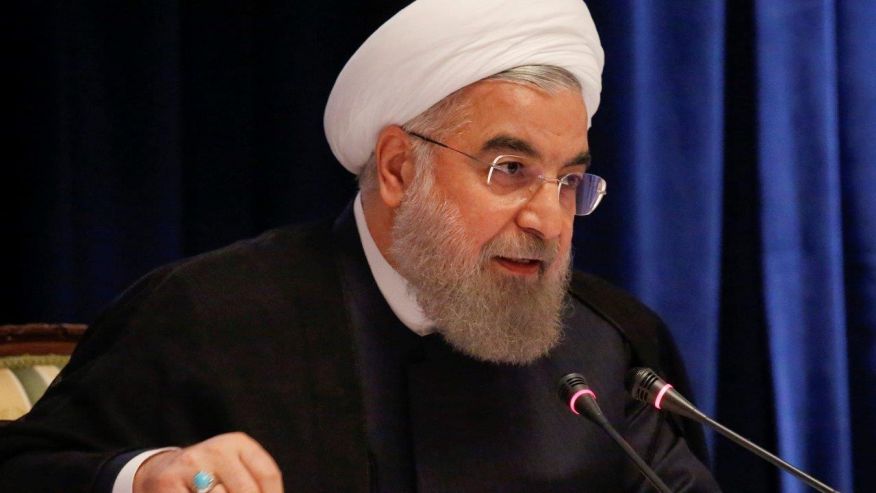 Iran has announced that it will infiltrate members of its Revolutionary Guards units into the USA and Europe by hiding them among the tide of Islamic refugees pouring into Europe and those coming into the USA (first link). This wouldn’t be very hard for them to do, given how porous the European borders are and how willing the EU and the Obama administration are to go out of their ways to bring more Syrian and other Islamic refugees into Europe and the USA. Iran is the chief Shiite Muslim nation, and there are large Shiite communities in many Islamic nations all over the world. Iran could embed its own Revolutionary Guards sleeper cells into the Shiite communities in many nations and then blend them into the waves of Islamic refugees pouring into the western world. They could look and act like innocent refugees, but after they reach their target nations, they would know where their preassigned safe houses would be to which they would travel. They could do terrorist acts in their new host nations, or simply live and act normally there until they are activated as sleeper cells to attack targets at a later time. The key thing is that Iran apparently feels so able to do this that they are even stating it openly. Indeed, they may be already doing this.

I’d like to remind readers that ISIS has also been infiltrating its terrorists into Europe for some time. Some have already been involved in perpetrating terrorist crimes against their host European nations’ populations. The second link is from November 2015, and it reports ISIS openly boasting it would embed “thousands” of its terrorists among the Islamic refugees that were then (and now) pouring into Europe. This is not an idle boast. The third link cites a NATO commander as warning that ISIS is “masking the movement” of its Islamic terrorists by putting them into the waves of Islamic refugees pouring into Europe.

Because Iran and ISIS are both smuggling their terrorists into Europe, it means we are entering a period of unique danger in the history of the western world. It is likely to get worse than it has been in the past. ISIS is now under attack in Mosul at present, and it is being bombed in other parts of Syria and Iraq by both Russian- and American-aligned coalitions. The arrival of the Russian battle fleet off Syria will enable Russia to launch many waves of cruise missiles and launch more air strikes against ISIS (and other) anti-Assad rebel groups and regions. These escalating levels of warfare will unleash a new flood of refugees surging toward Europe and beyond–making it easy for both ISIS and Iran to embed their terrorists into that refugee stream.

As I watch this unfolding disaster, I do wonder why the western world is choosing cultural and national suicide instead of erecting necessary barriers to these waves of Islamic refugees so they do not permanently destroy the traditional culture of their host nations. The Islamic refugees have so far seemed profoundly unwilling to assimilate into the cultures of their host nations. Previous posts have offered to readers many links about the social traumas and criminality that is spreading over Europe due to this massive migration of refugees. It should be noted that while it is surely true that the majority of the refugees are simply trying to escape war, hunger, etc. in their nations of origin, even the genuine refugees seem remarkably unwilling to assimilate into European cultures. This is making for an incendiary situation that will only get worse. The USA may escape the worst of these dangers if Donald Trump is elected president as he has pledged to stop Islamic immigration and not resume it until a proper vetting process is in place. On the other hand, Hillary Clinton is reported to be willing to bring far more Islamic refugees into the USA than was President Obama. One analysis of Clinton’s pledges re: immigration warns she could bring one million Islamic refugees into the USA in her first term (fourth link). That would be a “dream” scenario for Iran and ISIS terrorist plans.

Much of Europe and the USA is descended from the ancient ten tribes of Israel as is easily demonstrated in my books based on both biblical prophecies and secular histories. Our nations have forgotten God, and are adopting foolish policies and self-destructive ways. This will only get worse if the trend is not reversed. I see little hope for any widespread repentance, given current trends. However, I do see that there is hope for many to repent and change when God sends the prophesied Two Witnesses to warn the nations about their sins and call them to repent. Their unprecedented, divinely-delegated spiritual powers (Revelation 11) will compel mankind to realize there really is a Creator God who has the power to judge mankind and do with it as he wishes (a most sobering thought). When they do come on the scene, repentance toward God will be the only sane option. To read a detailed analysis of biblical prophecies about the Two Witnesses, please review my free article, The Two Witnesses.