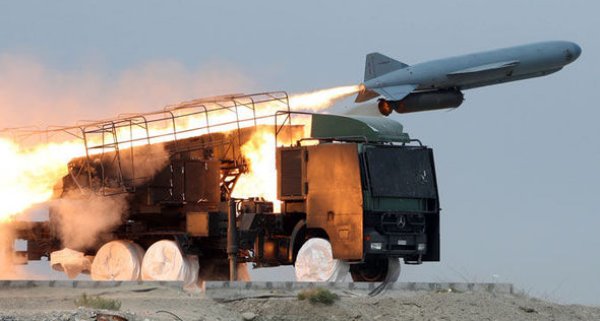 Some things never change. The sun still rises in the east each day, gravity still remains in effect each day and Iran still wants to destroy the Israeli nation. Once again, a high Iranian military official has announced Iran’s desire for the destruction of Israel and specifically boasted that there are 100,000 rockets/missiles aimed at Israel from Hezbollah’s de-facto state in southern Lebanon (link one and link two). That total does not include missiles and rockets based in Gaza or Iran that are also aimed at Israeli targets. Israel is, of course, well aware of this threat and has taken steps to neutralize it.

Many readers are familiar with Israel’s already-deployed Iron Dome air-defense system which can intercept a variety of projectiles coming toward Israel from enemy locations. However, Israel has developed and is deploying new defensive and offensive military systems to counter the many threats to Israel’s security. The third link details Israel’s new Iron Beam system which uses laser weaponry to knock down incoming missiles, and the fourth link describes a new offensive stand-off weapon system called the “Spice 250” air-to-ground or air-to-sea autonomous missile system that can be fired from Israeli aircraft far from the missiles’ targets to avoid having Israeli warplanes being placed at risk. This system can be mass-fired at a wide variety of targets and could destroy wide swaths of Hezbollah missiles on the ground while they are in their launchers. The fifth link describes the new “David’s Sling” system which is designed to intercept ballistic missiles and other longer-range missiles fired at Israel. It seems evident that this system would be used to destroy any incoming Iranian missiles fired at Israel.

Clearly, Israel is making many preparations to fight a winning war against Hezbollah, Iran or anyone else who attacks them. At the same time, it is evident to me that Israel is doing whatever it can to avoid a war and avoid a situation where they are compelled to launch a pre-emptive strike. My recent post about Israel making a deal with Russia can be seen in that light. Russia is an ally and weapons-supplier to Iran and Syria, and Hezbollah is Iran’s proxy partner as well as an ally to the Assad government of Syria. Russia is in a strong position to keep a tight leash on Iran, Syria and Hezbollah if it wants to do so. As I described in that post, Israel has made a deal with Russia to allow Russian companies help develop the new Israeli offshore energy field. Making Russian companies a partner in this enterprise is a brilliant diplomatic step as it gives Russia a strong incentive to help deter an attack upon Israel by Iran and Hezbollah. However, Iran’s hatred of Israel is so deep that it could partner with Hezbollah to attack Israel even if it runs counter to Russia’s interests. One cannot count on the rulers of Iran to act logically.

I’d like to make an observation. Even though Israel is apparently making every effort to avoid war, Iran is preparing for war and threatening Israel quite openly. At some point, Israel may decide it has no alternative to making a pre-emptive strike. I’d also like to examine an option that no one wants to discuss openly…but I will. It is widely assumed that the Israelis have hundreds of nuclear warheads of various sizes for both strategic and tactical use. After Hiroshima and Nagasaki, the world has a strong revulsion from the use of any nuclear weapons. However, if Israel is faced in the future with a dire threat to its existence, why would it not use nuclear weapons if that was necessary to save itself? After all, how many tactical “nukes” landing on Hezbollah’s territory would it take to end the missile threat from Hezbollah forever? How many ICBMs fired from Israel with nuclear warheads would end the existential threat from Iran for good? The sixth link shows the expanding range of the various versions of the Israeli Jericho ballistic missiles as they have been improved over the years. All of Iran is now thought to be within the range of Israeli ballistic missiles. Iran is “playing with fire” in threatening the existence of another nation which has a very strong conventional military strength as well as nuclear weapons.

Another point is worth making. When the USA used nuclear weapons on Japan in 1945, how much of an existential threat to the existence of the USA did Japan pose? The answer is zero. Japan was already beaten in 1945, and would have been hard pressed to ignite a single grenade on US soil in 1945. The USA used nuclear weapons on Japan simply to end the war even though the USA itself faced no existential danger from Japan. Israel faces continual existential threats to its existence, so it already has far greater justification to use nuclear weapons that the USA did in 1945. Let’s all hope that such a need never arises, but it is possible. Personally, I think that the Israelis are acting with great self-restraint, but the world gives them no credit for it.

From a biblical perspective, the Israeli nation has God’s guarantee that the nation will survive throughout our latter day period of time (Zechariah 12:1-7, 14:1-14). However, Zechariah 14 does prophesy that the Israelis (“Judah”) will be hard-pressed in the middle of a great war at the very end of this age when the Messiah returns. Genesis 49 likens the tribe of Judah (the Jews/Israelis) to a “lion” in the latter days of our age, and we all know that lions are apex fighters in the natural world. Given that many Bible prophecies indicate a great global war will occur at the very end of our age and that Jesus Christ would have to return to stop the annihilation of mankind (Matthew 24:21-22), it is not hard to picture a World War III scenario where a variety of nations are using nuclear (and other weapons of mass destruction) weapons.

One last point. While the Bible does offer details about some major apocalyptic wars and battles that will occur at the very end of our age, Matthew 24:6-7 prophesies that a variety of wars and near-wars will mark the entire latter-day time period. Large regional wars may yet occur about which the bible’s prophecies are silent, other than the generic reference in Matthew 24:5-6. One other thing is now becoming increasingly obvious. If the Israelis do have to go to war against Iran and its Shiite proxies like Hezbollah, it is most likely that they will not be fighting Iran alone. The Sunni Mideast nations are also very much threatened by Iran, and periodically drop strong hints in the media that they are ready to side with Israel against Iran (last link).

If anyone is in doubt that we are living in the biblically-prophesied latter days, please read my article, Are We Living in the Biblical Latter Days?