Impression of Royal Seal of King Hezekiah Unearthed in Jerusalem 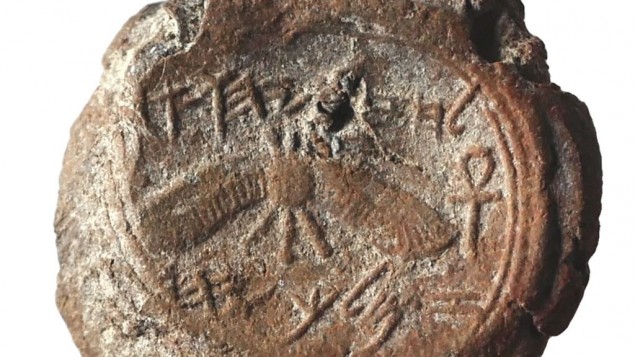 This post is to pass on news about an exciting discovery at an archaeological site in Jerusalem. An impression of the royal seal of King Hezekiah of the ancient Kingdom of Judah has been unearthed and confirmed. This is further archaeological proof of the real existence of one of the righteous kings of Judah that governed the kingdom of Judah from its capital city of Jerusalem.

It was King Hezekiah who led a revival of the proper worship of God in ancient Judah (II Kings 18:1-7). He is also the king who was divinely healed by God and given an additional 15 years of life (II Kings 20:1-6). He was doubtlessly long remembered in Assyria after King Hezekiah’s prayer led to God sending an angel to kill 185,000 Assyrian soldiers who were invading Judah and besieging Jerusalem and other Judahite cities (II Kings 19). This mass slaughter of an entire Assyrian army to rescue Judah as a result of Divine action must have led to the “fear of God” falling on many kingdoms in the Levant and Mideast.

Interestingly, the extension of Hezekiah’s life by 15 years led to him fathering Manasseh as a son, and Manasseh became one of the most wicked kings in the histories of either the kingdoms of Israel or Judah. Biblical accounts of his murderous reign make him sound like an ancient equivalent to Rome’s Caligula. God sent him into captivity in a Babylonian dungeon where he, amazingly, repented. After his repentance, God restored him to his throne and his reign was one of the longest in Israelite biblical history (II Chronicles 33).

One can wonder why good King Hezekiah’s son, Manasseh, became such an evil king. The Bible actually gives us some insights into how this happened, and I wrote a post examining the biblical narratives regarding how this occurred. I believe it explains why Manasseh went so bad after Hezekiah’s good reign. I believe you will find it to be interesting reading.