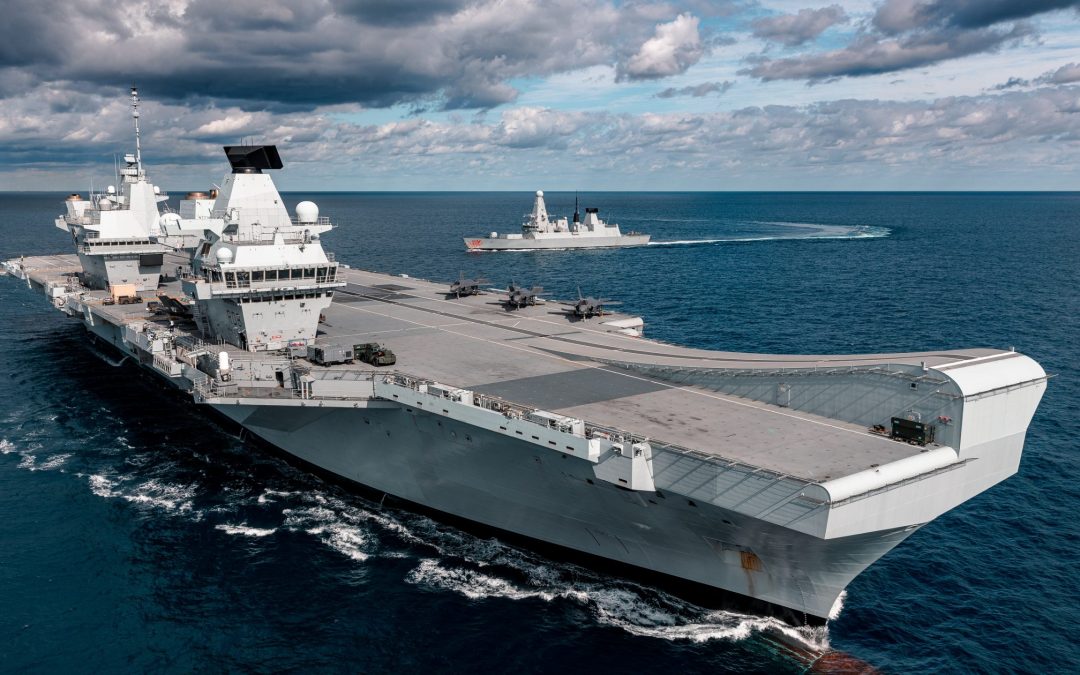 Few realize it, but the USA has long imposed range limits on South Korean missiles. This was likely due to a past decision by some president not to anger China. This has now changed. The first link reveals that South Korea now has the USA’s approval to develop missiles with as much range as it wants to deploy and to expand warhead size as well. The link notes that South Korea already has ballistic and cruise missiles to deter North Korea, but this policy change will put most of China within range of South Korean missiles. This is strategically important as such new missiles will offer added deterrence to China taking military action vs. its neighbors. The link specifically states that South Korean warheads have been developed to destroy hardened targets. It shouldn’t take South Korea’s high-tech industry long to deploy larger sizes of the missiles and warheads it already has. Given that South Korean missiles will soon have the range to hit most of China and that they already have warheads to destroy hardened targets, this means that South Korea will be able to target China’s Three Gorges Dam as well as any other part of China’s infrastructure. If South Korea, the USA, Japan, India or any other nation has missiles that, during an armed conflict, can destroy the Three Gorges Dam and other major infrastructure facilities inside China, it would (I think) make the cost of China provoking a war of conquest too high to consider. The more nations that have the means to hit China very hard in a war, the less likely it is that China will risk having its own vital infrastructures destroyed.

Japan is also going to significantly boost its military spending, and direct more resources into weaponry that will have an offensive as well as defensive role (second link). In other words, they will build missiles and long-range weaponry that can, like South Korea, deter a Chinese military attack. Japan has had a loosely-applied 1% limit on its defense spending, but that it going to be exceeded and it is already higher if one calculates military spending in the NATO manner (which includes military pensions). Given its high-tech industrial base, Japan can build new, long-range weaponry very quickly. It has been assumed by some that Japan, heavily threatened by China’s nuclear weapons program, already is “within a screwdriver’s turn” of having a supply of nuclear weaponry of its own. Japan can easily make nuclear weapons, but its pacifist Constitution wouldn’t allow that to happen. Japan could simply build all the components for nuclear weapons, but claim not to be a nuclear power because the components haven’t yet been assembled. With South Korea and Japan building long-range weaponry that can strike anywhere in China, and with the USA and India already having such weapons, China is facing a situation where its rivals are becoming much stronger…very rapidly.

The British Navy will be showcasing its big, new aircraft carrier, the HMS Queen Elizabeth, as it sails with its task force of escort ships, from British bases on a long cruise that will take it through the Mediterranean Sea, the Suez Canal, the Indian Ocean, the South China Sea and the East China Sea. It will also be making a port call in Singapore. The fourth link details this extensive show-of-force, but it also comments on the fact that the overall British military is shrinking, not growing. As a maritime nation dependent on the security of sea trade routes, the British need a navy that is perhaps two or three times as large as the current force. A Dutch and a US warship will also accompany this British task force on its multi-ocean and multi-national mission. This British task force just recently conducted NATO naval maneuvers with several other NATO nations (fifth link). The US Navy will also soon be conducting its largest naval maneuvers “in a generation.” Many US naval task forces around the world will conduct simultaneous maneuvers across seventeen time zones (sixth link). This is clearly an effort to prepare the Navy for a global conflict with Russia and China, as the link states.

The seventh link especially concerns readers in Australia. Australia recently conducted naval exercises in the East China Sea with warships from the USA, Japan and France. These nations are allies within the Western bloc, but the location of this exercise raised ire in China. This location lies just north of Taiwan, so the naval maneuvers conducted there more than hint that any effort to invade Taiwan by China will be opposed by this group of nations (and likely others as well). China “hit the roof.” It especially railed very harshly at Australia, calling it a “weak” and “insignificant” nation which would be “hit first” in any conflict involving a Chinese invasion of Taiwan.  The link also discusses the steady deterioration in Australian-Chinese relations that has occurred recently. [There are a variety of unrelated stories in this link which follow the lead article on China’s threat vs. Australia.]

An interesting situation is developing in the confrontation between Iran and the Sunni nations’ alliance. Much global trade flows through Egypt’s Suez Canal and there is a strategic choke point at the juncture where the Red Sea meets the Gulf of Aden. This narrow maritime passage is called the Bab al Mandeb. There is a tiny island in this passageway that controls access to all south- and north-bound vessels (eighth link). Someone is building a military base on that island. Satellite photos clearly show an airstrip and support facilities being constructed there. The most likely nation doing this work is the United Arab Republics (UAE), a close ally of Saudi Arabia and the other Sunni Arab nations. The new base is being built on an island that is located between Yemen on the east and the nations of Eritrea and Djibouti on the west. If the UAE (and its allies) base missiles and warplanes on that island (as is likely), they can shut down access to the Suez Canal from any rival nation. Yemen is still having a civil war between the Saudi-supported central government and the Iranian-supported Houthi rebels, so this new island military base could have many military usages.

Finally, let’s discuss Russian-American military issues. A Russian source is making the claim that the unmanned American X-37B space-plane is actually a space-based nuclear bomber, and that the USA will increase its fleet numbers from the current two prototypes to eight such planes by 2025. US sources deny this claim. Let’s consider some facts. The X-37B (ninth link) was funded for the military, so it surely has military purposes–which is almost certainly going to include both offensive and defensive weaponry. It is unmanned so it can theoretically perform aerial maneuvers that would kill human pilots. It can also stay aloft in space for at least two years. It can fly either in space or the earth’s atmosphere and it looks like a down-sized space shuttle. It is also true that the inclusion of a “B” in an aircraft’s designation usually designates a bomber (B-17, B-29, B-52, B-1, etc.)

What might its military purposes be? These space vehicles almost surely can be used as anti-satellite platforms which would try to empty the skies of Russian and Chinese satellites in a time of war. It might also house a laser or directed-energy weapon which could disable Russian and Chinese ICBMs at the apogee of their trajectory toward targets in the USA or elsewhere. In this application, they would be used to defeat nuclear weapons strikes. Since they can dip down into the atmosphere, it should be a minimal technological challenge to have them equipped to drop nuclear weapons and/or EMP weaponry on enemy targets. So…the Russian claim that they could drop nuclear weapons seems plausible to me. If so, they are a valuable deterrent to any nuclear war. There may be a space treaty limiting the use of space weapons which would require the USA to make predictable denials about the X-37B being used in a nuclear-capable role, so the exact truth is still “classified.”

The above military developments are examples of what is being made known to the world in public media sources. What is, no doubt, of even more interest is what is being developed or done which is not being made known to the general public. Those “black” programs will remain secret at least for now. At some point, biblical prophecy indicates many now-secret weapons projects will be made public. Revelation 17-18 prophesy the current global political/monetary system called “Babylon the Great” will collapse completely and be replaced by a new global system characterized as “the beast” system in the book of Revelation. Revelation 13:1-5 speaks of this new system’s arrival on the world scene, and verse 4 adds that the nations will say “Who is able to make war with him?” This clearly indicates the world’s nations will be in awe of the beast’s newly-unveiled high-tech weaponry–which will surely include new aerial platforms which have been called UFOs when they were spotted in the skies. They surely include unmanned craft due to the aerial maneuvers they execute, and they will surely have invisibility or “cloaking” technology which can render them invisible to human eyes. When they are first publicly unveiled, they will surely enhance the credibility of the “beast” leader to claim global supremacy. At some point in the future, biblical prophecy reveals a final age-ending World War III will be fought which will be so destructive that the planet itself would no longer support life unless Jesus Christ intervenes with a heavenly army to end the fighting and take control of the earth…for 1000 years (Matthew 24:21-22, Revelation 19:11-20:5). However, much will happen between now and that final age-ending climax. If you wish to review an examination and reconciliation of all the biblical, end-time prophecies, please read my article, What Ezekiel 38-39 Reveal about a Future World War III.