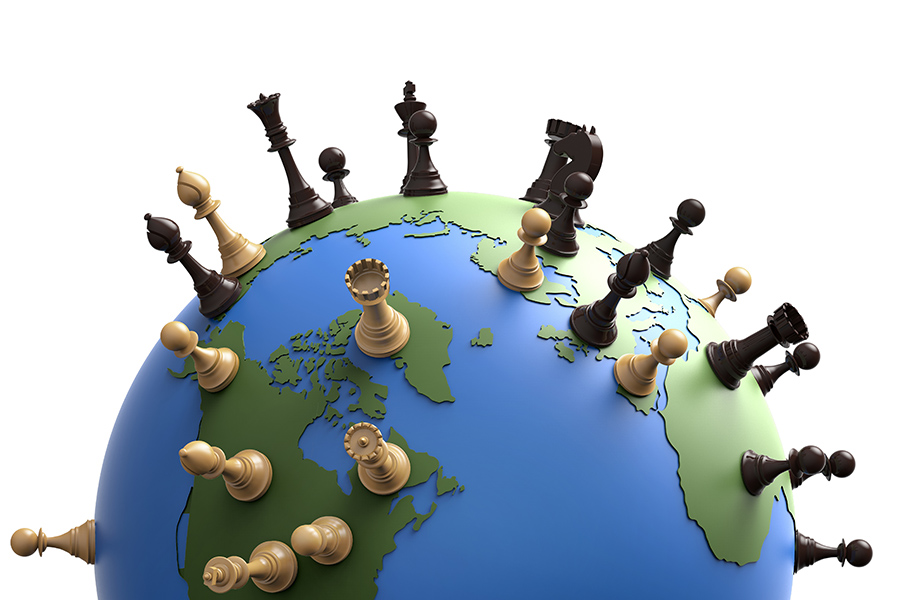 There are many very important things happening in today’s geopolitical world, but do not expect to hear much about them via the mainstream media. My previous post documented that China and the world’s central banks are buying huge amounts of gold, but that important story won’t lead the major news reports. This post will briefly touch on several important developments in the modern world. These are all very important matters and are deserving of an individual post. However, I’ll limit my discussion of each item to give you several vital updates.

The first vital development is in the Mideast. As readers know, former Prime Minister Benjamin Netanyahu of Israel will once again be Prime Minister of Israel. The first link relates that Netanyahu is openly declaring he will seek a comprehensive Mideast Peace Agreement with Saudi Arabia and that he will invite the Saudis to join the Abraham Accords–the process wherein a group of Arab nations are establishing normal diplomatic relations with Israel. It is no secret that one critical factor driving the Israelis and Arab Sunni nations together is the fact that they are all collectively threatened by Iran.  It is also clear that Iran is becoming steadily more dangerous militarily. Iran has become an important weapons supplier to Russia in Russia’s war vs. the Ukraine. Iran’s “kamikaze drones” have been used by Russia to attack and disable many sections of Ukraine’s electrical infrastructure. No doubt Iran is trying to smuggle those drones into Syria and Southern Lebanon so they can be launched at Israel in a future war. The Iranians can likely already mount them on vessels and fire these missiles at the Sunni Persian Gulf nations already.

The second link notes something very ominous for America’s interests in the region. Saudi Arabia, a long-time friend and ally of the USA, has been criticized, mocked and blamed by President Biden and his administration, and the Saudis are rightfully sick of it. Biden wants to blame all the energy shortages in the USA on Saudi Arabia, a  very unfair charge as Biden has taken various steps since taking office to make the USA’s energy situation steadily more tenuous (cancelling a key pipeline, restricting oil drilling leases, emptying much of the Strategic Oil Reserves, etc.). This link reports that the Saudis are reaching out to China now. The Saudis are also very mindful of what Biden did in Afghanistan soon after taking office: He ordered US forces to abandon tens of billions of dollars worth of US weaponry to the Taliban and further ordering them to flee in panic from the Taliban irregulars. The Saudis may well have concluded that the USA under Biden is not only a cowardly ally but an unreliable one as well. Netanyahu saw the same thing and surely sees a closer alliance with the Saudis and other Sunni nations as essential to Israel’s security. Unwittingly, Biden’s incredibly weak actions in Afghanistan may result in a close Israeli-Arab alliance being formed to confront Iran’s militarism. The third link is about a nonsensical editorial in the New York Times that Netanyahu’s return to power is a significant threat to Israel and peace in the Mideast. What tripe! Netanyahu’s entire record is that of a leader dedicated to Israel’s security interests–including seeking and maintaining security and national ties to the Arab nations. I don’t see how the Times could be more wrong.

Next is the fact that Japan is abandoning its post-World War II pacifist Constitution, and is formally funding a huge increase in military power (fourth link and fifth link). Japan is greatly threatened by China and North Korea, so it realistically has no choice but to equip itself with as much new weaponry as soon as possible to meet those threats. I think Biden’s cowardly withdraw from Afghanistan has convinced the Japanese that they cannot rely on Biden’s administration to help Japan in a war with China…if one occurs. The polite Japanese would not likely say so openly, but they, like the Saudis, are having to implement strong, unilateral self-defense actions in the aftermath of Biden taking office. I expect it is only a matter of time until Japan becomes a nation with a number of nuclear weapons. To deter China and North Korea, it must do so. Conventional weaponry will not deter nuclear weapons, and what is more “defensive” than having nuclear weapons to deter any attack and prevent a war?

The sixth link cites an alarming evaluation by a third party analysis that the US military is “drained, strained and shrinking” under Joe Biden. I regret to say I agree with this analysis. It especially cites China’s rapid military rise as endangering the USA. It concludes that the US air force is “very weak” and that the US Navy has far too few warships to meet its obligations. Not mentioned in the article is the proposal by the Biden administration to start retiring/discontinuing the A-10 Warthog–the best close air support warplane ever made. It is foolishness to retire any strong major military asset when the USA is being faced by an aggressive military challenger; however, the Biden administration excels in foolishness. It reminds me of an action taken by the Obama-Biden administration years ago to stop production of the F-22–then the world’s finest and most advanced warplane. It does beg the question: Whose side are Obama and Biden really on?

The news gets even worse. The seventh link reports that the federal government won’t block Communist China from acquiring land near an important US military base in North Dakota. Pro-American presidents would have shut down such an obviously dangerous step in a moment. China clearly wants to observe US warplanes in action at a close range and spy on all their electronic emissions, communications, etc. so China can have a better chance to defeat American weaponry in a war. The Biden administration sees no problem with letting China do this. China is doing this in more than one US location (eighth link). If you disagree with Biden’s actions of helping China against the US military, I suggest you contact your congressional representatives and demand some changes. The ninth link reports two GOP senators are offering information on the infamous Hunter Biden laptop. No doubt the US House will conduct intense investigations into this subject when the GOP takes over the US House next month.

The final crisis I’ll touch on are the expanding financial/economic woes in the US and global economies. The tenth link offers insights into a new aspect of the global debt crisis that is permeating all global economies and markets. It details the growing threat to the overall economy posed by an unmanageable number of auto loans which are likely to go bad according to this link. The eleventh link confirms the fallacies of relying on “official” government reports for important economic data. It reveals that a branch of the US Federal Reserve Board has admitted that a recent US jobs report vastly overstated job creation totals, which means the economy isn’t as healthy as was first believed.

The Bible warns that the increasing crises of the “latter days” will eventually lead to a systemic political/financial collapse at the conclusion of our age. It is easy to prove that we are living in those days, as is documented in my article, Are We Living in the Biblical Latter Days? The Bible has much to say about what will happen when this prophesied collapse occurs. Those predictions are examined in my article, Is “Babylon the Great” about to Fall…Ushering in a Global “Beast System?” I suggest you read these articles and watch the Bible’s prophecies come to pass in future global developments. The fulfillments of these prophecies will confirm that there is a Divine Creator who can control the foreordained “script” which modern nations are unwittingly fulfilling.