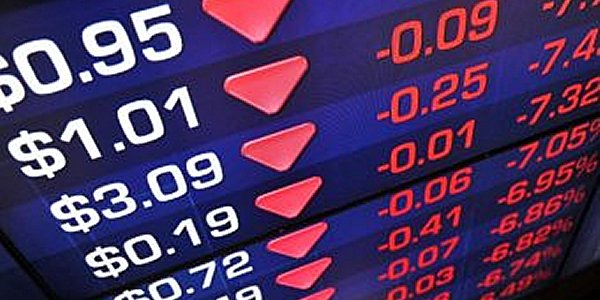 No doubt, readers have noticed that many stock markets around the world experienced a major downturn in recent sessions. Some analysts are blaming central banks for raising interest rates, others cite trade war/tariff concerns and some cite global debt problems. While there are a number of financial problems that threaten the global financial system, one other recent development has also contributed, in my opinion, to the recent stock swoon. The International Monetary Fund (IMF) just recently issued a report about the global financial system, which was, by the terminology standards of the IMF standards, very gloomy, indeed. The IMF usually speaks in an insider/technical financial jargon that can be incomprehensible to the average person. That the IMF issued such a blunt appraisal of the current financial situation makes it all the more striking.

The IMF report, according to the first link, indicated that world financial authorities were taking “extraordinary measures to prevent a repeat of the Great Depression.” That’s very blunt language that there are major threats in the world financial system that are threatening to break out of containment. Some of the crises cited included ultra-low interest rates, trade/tariff issues, and high debt levels. I recommend that you read carefully through the first link to perceive the gravity of the global financial crisis that could be in our future. The second link discusses the same IMF report, although it clearly has an anti-Trump bias. The reports also include a mention that the Bank of International Settlements (BIS) has issued a warning similar to that of the IMF. The IMF and BIS are, premier insider, global financial entities. When they issue such a dire warning, it needs to be taken seriously. I think many big money managers did take it seriously. and I think the BIS/IMF warnings themselves contributed to the recent stock sell-off. The links also include a warning to the banking system that the large bail-outs that rescued the world banking system in the 2008 financial crisis will not be repeated. This terse warning to the world’s banks may constitute a “get your house in order” warning by the IMF/BIS to the world’s largest banks.

I personally don’t think the tiny increases in interest rates have contributed much to the impending crisis. I can recall the Jimmy Carter presidency when interest rates were in the high teens! Those rates make today’s very tiny increases in interest rates still result in very minuscule interest rates by any historical standard. Personally, I think wildly out-of-control debt levels incurred by governments, corporations, and individuals are a grave threat to the world financial system. I also think a second dire threat to the global financial system is the incomprehensibly large derivative levels that overhang all financial markets. The third link offers details about the very high current global debt levels, and the fourth link issues warnings about the size of the global derivatives markets. Derivatives markets are largely unregulated so reports about the size of the mountainous derivatives markets are often based on informed guesswork by financial analysts. The fourth link estimates the global derivatives market to total 544 trillion dollars but allows that the total may be as high as 1.2 quadrillion dollars. Compare these totals to the total value of all commercial real estate (29 trillion dollars) or the total value of all the money in the world (37-90 trillion dollars depending on how you define “money”). Clearly, if the derivatives market collapses or has a crisis, there isn’t enough money or assets in the entire world to even consider a bail-out of the derivatives market so those who hold derivatives are “on their own.” Why should the average person care about the size of the derivatives markets or the out-of-control debt levels around the world? They should be concerned because a collapse in the derivatives markets or major defaults in the debt markets (including bond markets) could cause banks to become insolvent. If some major banks become insolvent or if major nations default on their sovereign debts, there could be a cascading global melt-down due to counterparty risks among all banks and financial institutions.

The above warnings from the IMF/BIS about a possible global financial crisis or melt-down sound a lot like the warnings contained in another source: The Holy Bible. Revelation 17-18 warns that in the latter days, a global financial/monetary crisis will occur which shuts down global commerce. Revelation 18:10,17 and 19 warn this global crisis will unfold within “one hour.” This was laughably impossible in previous millennia and centuries as there was no interconnected global economy where such a thing could possibly happen. It once took months for news of major events to even travel from continent to continent and nation to nation…if such news was even transmissible across long distances at all. However, in today’s interconnected digital markets, a global crisis could occur which would cascade into a global “flash-crash” leading to a sudden melt-down in all markets. Such a global collapse in one literal hour could only occur in a high-tech, digitally-connected world like we have today. In other words, the prophecy in Revelation 17-18 foretold the eventual development of a digitally-connected world where a global meltdown could literally occur within one hour. Only a Creator God could have inspired a prophecy which incorporated the modern technologies which would have to be developed in order for the prophecy to be fulfilled. Daniel 12:4 predicted just such a major increase in knowledge levels in the end time. The prophet Daniel wanted to understand the prophecy that had been given to him but was told in verse 9 that his prophecy couldn’t possibly be understood by mankind until the “time of the end” was actually on the earth. We have reached that time.

There are so many triggers that could precipitate the crisis that could fulfill Revelation 17-18’s prophecy that I will make no predictions about which factor or factors will trigger its fulfillment. Besides the problems cited above, other threats include a possible collapse of the Euro currency if the EU disintegrates, the adoption of gold-standard currencies by Russia and China, etc. We will have to wait and see what triggers the collapse, but when it happens, it will cause severe global pain. A cryptic prophesied alliance of “seven heads and ten horns” will install a new global system which the Bible refers to as the “beast” system (Revelation 13:1-5, 17:1-18). When this crisis occurs, the world will largely be clueless that it was foretold to occur in the book of Revelation, written circa 2000 years ago. If you have read this post, you will be among those know that the Bible predicted it to occur at the end of our age (often called “the latter days”) in biblical prophecies.

For more detailed examinations of how biblical prophecies apply to and explain our current global financial/political geopolitics, please read my free articles: Are We Living in the Biblical Latter Days?, Is Babylon the Great about to Fall…Ushering in a New Beast System? and The Babylonian Origin of the Modern Banking System. If you read these articles, you will not be surprised when the future global financial crisis warned about by the IMF does occur. You will also understand why Revelation 18 refers to the modern global financial system as “Babylon the Great.”