“IF THOU WILL ENTER INTO LIFE…” 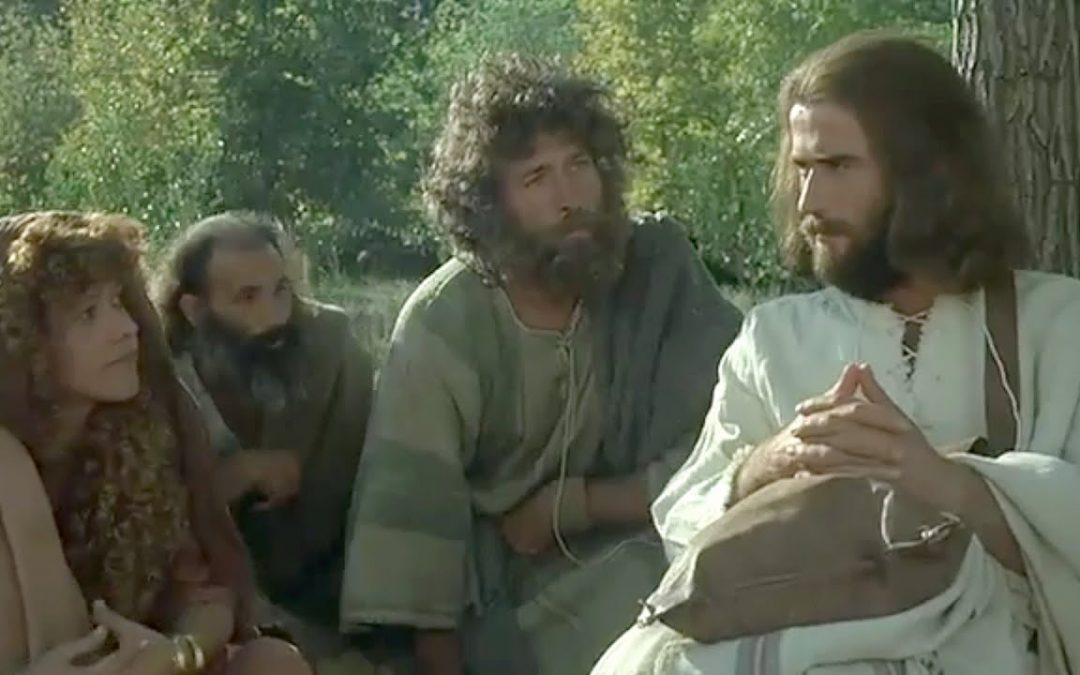 When we read the Bible it is possible to simply “read over” a certain scripture without fully comprehending the deep significance of what we have just read. Indeed, it is easy to do. In this post, I’d like to offer one such example. The scripture I have in mind is Matthew 19:16-17. In that passage, Jesus is asked by his disciples “What good thing must I do, that I may have eternal life.” Jesus replied: “…if thou will enter into life, keep the commandments.” I’ve heard this passage preached about in sermons during my lifetime many times, but the emphasis has always on the last part of that answer which says: “…keep the commandments.” In this post, I will focus on the usually-ignored first part of Jesus’ answer, which was “If thou will enter into life…”

Notice a subtle difference between the question and the answer. The disciples wanted to know what to do to have eternal life, but Jesus’ response omits the word “eternal.” The disciples, keenly aware that they were mortals, were asking how to make the experience of living an “eternal” reality. Jesus simply refers to an immortal existence as “life” itself. This actually indicates that immortal Beings (Jesus had been one in his pre-existent state as shown in John 1:18 and Philippians 2:5-11) do not regard a human physical existence as being worthy of the term “life.” Jesus said “life” was a status that humans need to enter, not a status that we currently have. That has got to be deflating for all of us humans to grasp. However, some facts confirm that “life” is not inherent in any human being. Hebrews 9:27 tells us that it is “appointed” for every human to die. We are all keenly aware of how truthful that statement is. In spite of the best efforts of medicine, holistic practices, etc., all people will eventually die because our bodies are inherently temporary. [At age 72, I am certainly aware of this reality via the inexorable aging process.]

Let’s consider how spirit beings look at human beings. Spirit beings are normally invisible to human beings as our eyes were not created to “see” them in whatever light spectrum or dimension they live in. However, the spirit beings, who live in an inherently higher dimension than humans, can see us. Indeed, Paul refers to the mass of spirit beings observing humans as a “great cloud of [invisible] witnesses (Hebrews 12:1).” Spirit beings constitute both Elohim Beings and angelic beings. The Bible informs us that God the Father and the pre-existent (and resurrected) Jesus Christ are Elohim Beings. They have no beginning or end to their lifetimes. In Genesis 1:1, before the heaven and earth were created and before anything was created on earth in Genesis Week, God–the “Elohim” in Hebrew– already existed. Hebrews 7:1-4 mentions Melchizedek, an Elohim Being who interacted with Abraham as one who had “neither beginning of days, nor end of life.” Angels however, all have a “beginning” date on which they were created, but they live in immortal spirit bodies that do not need food, water, clothing, shelter and oxygen to continue existing as we humans do. Isaiah 14:12-16 and Ezekiel 28:12-19 describe a “covering cherub” who was originally in Eden and had a date certain when he was “created” (Ezekiel 28:13-15). This cherub later rebelled and became Satan. Isaiah’s passage refers to him as Lucifer (his original name) while Ezekiel’s passage symbolically calls him the “king of Tyre.” A “covering cherub” has to be one of the top ranks of angels, and since even they are created beings who at one time in history did not exist, it follows that all angels are created beings.

Angels, from their beginning, can comprehend eternity and they have eternal bodies in which to experience life. The angels must be mystified by the creation of mankind. I Peter 1:12 says as much. In that verse Peter writes that there are spiritual matters “which things the angels desire to look into.” This means that angels do not understand all that God is doing with mankind, and that they try to figure out “or look into” what God is doing by watching human activities and seeing how God interacts with mankind. I wonder if angels pity humans. They must marvel that God created mankind as a class of beings that can understand eternity, but are created with temporary bodies that cannot possibly participate in eternity. When God made mankind, it must have been the first time in history when angels witnessed God making beings who could fathom eternity and wish they could be eternal but were created without any chance of living into eternity with mere temporary bodies. When God made the physical Universe and made human beings, mankind became “the highest beings in the lowest dimension.” Solomon doubtless understood this. He was given unprecedented wisdom and understanding (I Kings 4:29-30) and God even appeared to Solomon twice (I Kings 9:2), so Solomon was uniquely aware of the eternal nature of spirit beings and the mortality of all human beings.

Solomon became deeply depressed about the fact that human beings’ bodies are ultimately no better than the bodies of beasts (Ecclesiastes 3:18-20). He realized that human bodies decay into the earthly elements just like beasts’ bodies do. Solomon’s wisdom made him meditate on the reality that all his wisdom would never make him anything but a temporary being, and that wise humans die just like foolish humans (Ecclesiastes 2:14-17). Indeed, in verse 17 Solomon sounds like he might have been suicidal about it when he said “I hated life.” Solomon even wrote: “better…is the day of death than the day of one’s birth (Ecclesiastes 7:1)” Why would he write that? Because it’s true when we look at human life in an overall perspective. When humans are born, they are born into a world where pain, sorrow, toil, persecution, injustice, etc. are certainly ahead of them. Job 5:7 confirms it by saying “man is born unto trouble.” At least when humans die, they are immune from any further suffering in this fallen and sinful dimension.

Angels had witnessed the existence of dinosaurs in the pre-Adamic world that was wiped out (Genesis 1:2), but there is no evidence of there being any intelligent physical life at that time that could comprehend eternity (see my article, Is the Earth 6,000 Years Old, for an in-depth examination of earth’s prehistory, the dinosaurs, when mankind was created, etc.) Above our physical dimension is the angelic dimension and above that is the Elohim dimension where the ruling Elohim dwell. No wonder the angels want to look into what God is doing when they observe mankind. Angels are the servant spirit beings who were created to administer the will of the ruling Elohim Beings-the Beings we call “God.” Angels are called “ministering spirits” in Hebrews 1:14 because they serve God’s purposes and interact with humans according to God’s will.

Let’s conclude this post with some good news! Hebrews 2:7 cites Psalm 8:5 as saying that God created mankind “a little lower than the angels.” This is actually a mistranslation. The word “angels” is translated from the Hebrew word “Elohim.” This may be the only place in the Bible where this mistranslation occurs. In English, it should read that mankind has been created “a little lower than God.” The only Bible translation in my library that renders this verse accurately is a Messianic Bible called, The Scriptures.

God does have an eternal plan for mankind. I Corinthians 15:20-26 tells us just how expansive the salvation through Jesus Christ’s sacrifice really is. It states that: “For as in Adam all die, even so in Christ shall all be made alive” (emphasis added)! Verses 23-25 tell us that humans will not be all saved at the same time, but that God has a preordained “order” through which “every man” shall be saved (emphasis added).  Please understand that the male term “man” used in these verses applies equally to women too! II Corinthians 6:18 says that humans are destined to become God’s “sons and daughters.” So mankind was made for eternity after all! We are destined for something far better than a mere temporary, physical existence. Eternity will be a wonderful place as Psalm 16:11 says there will be “pleasures for evermore” at God’s right hand, and I Corinthians 2:9-10 tell us that the human mind of itself is too limited to grasp the awesome future the Creator Elohim have in store for mankind when we become Elohim Beings as God the Father’s sons and daughters. God’s Holy Spirit, when given to humans, enables us to understand at least some of God’s destiny for us. Not only can we look forward to an eternity free of the troubles of this life (Revelation 21:1-4), God looks forward to giving a joyful, fulfilling eternity to us! Luke 12:32 tells us it is the Father’s good pleasure to give [us] the kingdom.”

To relate all the good news about God’s intention and plan to save mankind over a period of time that will take ages, it would take an article or research report to explain, but it has already been written so there is no need to repeat it in this post. You can find out about God’s intention for everyone to eventually “enter into life.” I invite you to listen to my speech, How Many Will God Save? to obtain an in-depth look at how much the Bible has to say on this subject. It may be some of the best news you have ever heard, and it will give you a much more positive viewpoint about God.