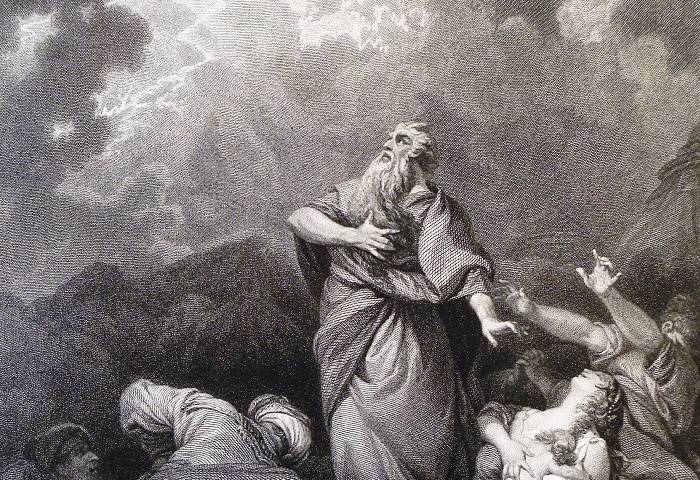 My website has for years reported on the flow of global geopolitical developments that have biblical prophetic ramifications. However, living in the latter days of our age (see my article, Are We Living in the Biblical Latter Days?), we have to consider how the Bible tells us to evaluate any prophets and prophetesses who come forth saying that they are bringing specific revelations or predictions from God to the overall Christian community. This post is intended to briefly review the topic and offer a criterion that I think few people will realize is a clear biblical guideline to use when evaluating prophets.

The Bible gives us one foremost guideline in Deuteronomy 13:1-11 wherein we are told to reject any prophet who also teaches people to follow other gods than the biblical Creator God. Deuteronomy 18:15-22 adds that we should pay no attention to prophets who foretell things that do not come to pass. These two warnings were in the Old Testament time of the Judges when false prophets were executed, as these passages commanded. We do not live under such biblical Judges now, but these warnings can be applied to prophets and prophetesses today. There are many religious leaders and self-proclaimed prophets who have made predictions in God’s name that have not come to pass in recent decades; they can be glad that they are not living in such Old Testament times.

There will be true prophets that God does send. I Corinthians 12:10 lists “prophecy” among the various “gifts of the spirit” which God places in the body of believers to edify all. The Apostle Peter advises believers to give heed to prophecies even as we need to realize that no prophecy can have a “private interpretation” (II Peter 1:19-20). We are also advised in Isaiah 8:19-20 that we should not seek occult and lying spirits for guidance and that we should always evaluate any prophet or teacher on the basis of whether what they say is “according to this word,” which is defined as the law and testimony of God. Matthew 24:23-24 offers Jesus Christ’s warning that there will be many false prophets and “christs” in the latter days, and that some will do miraculous things that will almost enable them to “deceive the very elect.” This warning also informs us that doing miracles is not always a proof that God is speaking through someone.

Over the last 30 years, I’ve received or heard many prophecies from religious teachers and leaders as well as private parties who claim to be prophets. I do not doubt that there will be true prophets in the latter days, but I do want to offer a word of caution. I’ve read, heard and received (or have been sent) many predictions from people claiming to be prophets over the last 30-40 years. One thing I can state to be true: so far, every so-called prophet who has made a prophecy that a specific event will happen on a specific day has proven to be wrong. Such false prophecies generally include predictions about the date of the rapture or a financial collapse, the start of a major biblically-prophesied war, apocalyptic natural disasters, etc. Since all such prophecies that have been made known to me to date have all proven to be false predictions, I’m skeptical about anyone who makes specific prophecies about specific events to occur on specific dates. I mark them on my calendar and see if they actually happen. So far, none have happened. I urge readers to judge and evaluate all such predictions in light of the biblical guidance cited above.

Now I desire to offer a description of a trait that is repeatedly displayed by the true prophets discussed in the Bible. Many might assume that whenever a prophecy is received, the prophet or prophetess should simply say “thy will be done Lord” no matter how destructive or damaging the prophesied event might be. Interestingly, the Bible has repeated examples that true prophets take the opposite approach: they attempt to change God’s mind and avert a prophesied calamity. The first example is in Exodus 32 in the account of the golden calf idol that the Israelites made and set up in the wilderness while Moses was on the mountain of God receiving God’s laws. God was so furious that he told Moses: “Let me alone, that my wrath might wax hot against them, and that I might consume them (emphasis added).” I suspect that if any of us were actually in the very presence of God as Moses was and we were told by God, “leave me alone,” that we might do as we were told. Moses did not do so. He humbly pleaded with God to avert his wrath against the Israelites and spare them for his own name’s sake. Moses took a major risk to his own life in doing this, but he succeeded in averting God’s fierce wrath from being implemented.

Another example is in Amos 7:1-3. When Amos received a message from God about an impending plague upon the ancient Israelites, Amos promptly asked God to cancel the plague, and God did so.  In Amos 7:4-6, God again gave Amos a private revelation about another plague he was about to send versus the Israelites, and Amos again immediately interceded for the Israelites to ask God to cancel the plague. God again did so, as a direct result of the intercession of Amos, who was, like Moses, the prophet to whom the revelation was given. In another example, Samuel was told that God was going to reject Saul from being Israel’s king and Samuel promptly interceded with God “all night” (I Samuel 15:11) to change his mind. In this case, God did not change his mind and Saul was rejected as king. However, Samuel made a strong effort to avert the judgement upon Saul. These examples inform us that God is often receptive to the intercessions of others to avert prophesied plagues. In each of the above cases, it was only the prophet who knew that God intended to send a particular plague or judgment so they were the only ones who could attempt to change God’s mind and avert a calamity. These example also show us that a true prophet will often ask God to avert a prophesied calamity, and that God will sometimes do so. We cannot know how often Jesus Christ has made intercession in our behalf to cause God the Father to cancel a punishment or judgment versus us personally or nationally. We do know that he makes such intercessions (Hebrews 7:24-26).

Sometimes God is about to send a plague or judgement and he will actually look for someone to intercede with him to avert the impending judgement. Isaiah 59:16 affirms this very thing. An even stronger example of this divine trait is in Ezekiel 22 where after listing Israel’s sins and it being deserving of punishment, God said in verse 30: “I sought for a man among them that should …stand in the gap before me for the land, that I should not destroy it: but I found none.” This strongly infers that God would have cancelled an intended judgment versus the nation if anyone had interceded with him to show mercy to the nation, and that God was disappointed that no intercessor was found.

Could it be that God is seeking men (and women) who will intercede with him now in our current time to implore him to not execute his fierce wrath and ask him to cancel calamities that could befall our nations? You may not be a prophet who has received a special word about an impending plague or judgement (as did Moses, Amos and Samuel), but if you are familiar with biblical punishments and judgments that are due to happen in the latter days, you can “stand in the gap” with God for your people and nation to ask him to avert or at least lessen the extent of the punishment. God says he does not change (Malachi 3:6), so maybe he is looking for people to “stand in the gap” today to cancel or lessen punishments versus people and nations. I urge you to be such a person.

Also, in evaluating people with claimed prophetic messages from God, have you ever heard one say (or write): “I am interceding with God to cancel this impending judgement and I urge you to join me in doing so?” I can’t ever recall any person who had a claimed prophetic message from God ever saying or writing such words. Have you? Maybe that is an indication of how few true prophets we have today in the mold of Moses, Amos and Samuel.