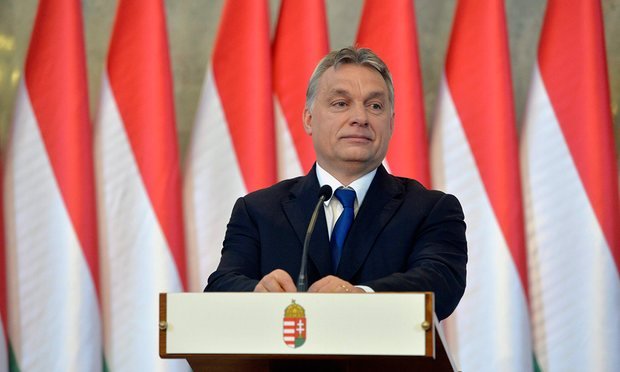 Recent posts have discussed the turmoil inside the EU as European nations begin to assert nationalistic policies in defiance of the EU’s desire for EU member nations to each be forced to accept “their share” of Muslim immigrants. This trend toward disunity within the EU is accelerating, and I wanted to bring this latest development to readers’ attention.

An earlier post mentioned Hungary as one of a group of Central and Eastern European nation who are balking at the EU’s right to control how Islamic immigrants are received in Europe and where they are assigned. The EU wants to arbitrarily assign a quota of the overall Islamic immigrants to each EU nation. More EU nations are balking at the EU’s actions. It is a major issue in the British “Brexit” vote scheduled in June, 2016. The links below report that Hungary is going to schedule a national referendum (or plebiscite) on the immigration issue. It is almost certain that the Hungarian vote will affirm the desire of Hungary’s Prime Minister to refuse to take the Islamic immigrants the EU wants to impose on that nation. A vote of the Hungarian people to refuse the EU immigration quotas will strengthen the hand of Hungary’s Prime Minister to say “no” to the EU’s unelected bureaucrats. The second link reports that the EU is pushing back at Hungary on the matter, but that will likely only harden the anti-EU feelings inside Hungary. If the EU tries to force Hungary to take unwanted Islamic immigrants, Hungary’s next national vote will likely be one on whether to leave the EU altogether.

If the British vote to leave the EU and Hungary does as well, expect more nations to take similar actions. This growing crisis inside Europe may well have biblical prophetic ramifications. Many Christians expect the “beast” and “false prophet” of the book of Revelation to emerge from within Europe. This is a possibility, but not a certainty. However, the current EU crisis is increasing the power of those who want to weaken or end the EU’s power and reassert nationalistic courses of action. The “beast” is prophesied to be a leader over “all kindreds, tongues and nations” (Revelation 13:1-7), but it is not clear yet what John was witnessing when he saw a vision of Revelation 13:7 being fulfilled in the latter days of our time. Was he seeing the emergence of a dictatorial world leader with absolute power or was he simply witnessing a future UN Secretary General making a speech to the UN General Assembly? The UN is a weak confederation of nations now, but it may become something more powerful if a prophesied “false prophet” begins doing miracles and telling the peoples of the world to support a political leader called the “beast.”

I’ll address one other mystery regarding the beast and his actions. Revelation 13:7 also prophesies the beast will “make war with the saints, and to overcome them…” This begs the question: When during the beast’s rule is he allowed to take such action? Other prophesies indicate that it will not be at the beginning of his 42-month rule. Matthew 25:1-13, a parable about the saints’ expectations at the time Jesus returns, prophesies the saints will be “asleep” and oblivious to the imminence of Jesus Christ’s return. That doesn’t sound like they are experiencing much in the way of persecution at that time. Matthew 24:24 also prophesies the end-time deceptions will be so clever and pervasive that the beast power would deceive and win over the “very elect”…”if it were possible.” To almost deceive the “very elect” saints, the beast will have to pose as a benign leader who cares for the saints and everyone else. These two prophecies don’t seem to indicate the saints are suffering any major persecution at that time. It is my view that the Divine powers wielded by the Two Witnesses for 1260 days (Revelation 11:3) will be so far superior to any human powers on the earth during their ministry that the saints will be protected by them during that time.

However, after the Two Witnesses are slain by the beast (Rev. 11:7-10), that would be a time when the beast could “make war” on the saints and “overcome them.” There is a prophesied difference in the fates of the various saints on earth at the very end of our age. Matthew 25:1-11 prophesies that some saints are invited into the “wedding supper of the Lamb” when Jesus Christ returns for them, but other saints will not be allowed to join in that heavenly event but will be “left behind” on earth. The ones “left behind” are the ones most likely to suffer martyrdom. Revelation 2-3 also includes prophesies about various Christian churches and organizations in the latter days. Some are commended and some are severely rebuked. The Laodicean church is all but promised that they will go into the fires of the great tribulation (Rev. 3:14-19) while the Philadelphian saints are assured of protection (Rev. 3:7-10). There are other prophesies that could be included in this analysis, but the above will suffice for this post. While the prophecies in Revelation will come true on God’s timetable and the beast and false prophet will come on the scene, the prophesies discussed above argue that the beast’s ability to “make war” on the saints and overcome them will be fulfilled at the very end of the beast’s rule after the protective powers of the Two Witnesses are removed from the earth. I could be wrong, of course, but this is my current analysis of how biblical prophecies mesh together. If future events change the dynamics of world events, I will change my views “on a dime” and so inform readers of this blog. The ability to do so is one of the advantages of being a completely independent voice in the Christian world. For more information on the topics discussed in this post, please read my articles, The Two Witnesses, and A New Look at the Seven Churches of Revelation.

Watch closely what is happening in Europe. The pace of events there is speeding up, but the mainstream American media is paying scarce attention to these important events as they are instead fixated on the US presidential election, which is looking more and more like a media “reality TV show.”