HOW WILL THE TRUMP PEACE PLAN CHANGE THE MIDEAST? 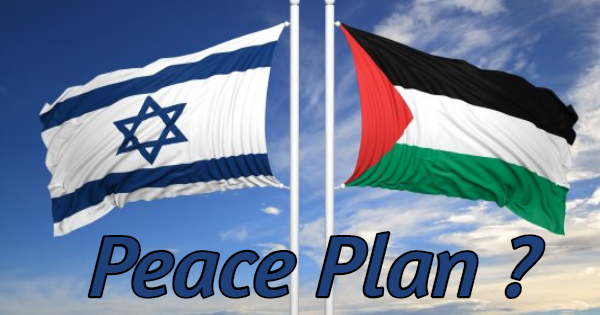 As readers surely know, President Trump has proposed a new comprehensive Mideast peace plan in an attempt to resolve the intractable territorial dispute between the Israelis and Palestinians. It has some novel features such as lines being drawn so no people need to be displaced from their homes and the construction of a tunnel to connect the Palestinian West Bank with Gaza. This would satisfy the demand of the Palestinians for connecting their territories and also satisfy Israeli security concerns as well as the Israeli need not to have its own territory divided on the land surface. The first link offers an analysis of the details of the proposal. While Mideast peace proposals have a way of going nowhere, there is at least a chance that this one may result in some kind of settlement, for reasons examined in this post.

The second link relates that the Palestinians predictably rejected it outright, and Turkey called the proposal “stillborn.” However, that link also reports on the initial positive reactions by Saudi Arabia, Egypt and the United Arab Emirates (UAE) to the Trump proposal. The fact that Sunni Islamic nations are reacting with some positive responses to the plan means this proposal does have a chance to develop into a final agreement. It is not clear how much “give” there is in Trump’s proposal as the third link characterizes it a “take it or leave it” proposal. The real work in actually implementing any such proposal will be done behind closed doors, not in public press releases. It also is highly likely that the Trump administration would not have publicly released any plan unless it knew in advance that there would be positive responses to it by important regional Sunni nations.

The fourth link and fifth link offer insightful observations regarding why all previous Mideast peace proposals have failed. They both offer information indicating the reason for such failures is the persistently unrealistic belief by the Palestinians that the international community will somehow force Israel into accepting the Palestinian demands which have essentially demanded an Israel “surrender” on most issues. When there was monolithic support by Sunni Arab nations for the Palestinian position in past decades, there was no chance of a settlement but it encouraged Palestinian intransigence in all negotiations. The links also point out that each new deal is now getting steadily less favorable to the Palestinians and that unless they start accepting some proposals, they will likely be permanently disappointed in all their expectations. In the Camp David Accords, an agreement was reached in which the Israelis gave the Palestinians a great deal, but Yassir Arafat subsequently reneged on the agreement so nothing was resolved.

This time things are very different and the Palestinian negotiating position has never been weaker. The sixth link notes the Saudis are pressuring the Palestinians to accept the deal, and if the Saudis, Egyptians and the UAE are all saying positive things about this proposal in public, it infers their pressure on the Palestinians to accept this deal is even greater behind closed doors. Two things have greatly altered the entire political equation in Israel’s favor. The first dynamic is that the Sunni Arab nations now face an existential threat from a bellicose Shiite Iran. Iran is Persian and it once dominated the Arabs in the Mideast and it shows signs of wanting to intimidate the modern Sunni nations into some kind of submission to Iran. A regional Sunni vs. Shiite war is entirely possible. However, as I have discussed in previous posts, Israel and the Sunni nations are increasingly finding common ground because they are both mutually threatened by Iran. This fact is steadily forcing Israel and the Sunni nations into much closer relations if not an eventual outright alliance. If an outright alliance develops, it will give immense support to the Sunni Arab governments in the region. The second dynamic is that Israel is drawing closer to the Sunni nations due to economic factors. The seventh link reports that the Israelis are now becoming natural gas exporters to Egypt and Jordan due to the Israeli development of the huge “Leviathan” natural gas field located in the Eastern Mediterranean Sea between Israel and Cyprus. As the Israelis join closer with Sunni governments in business relationships, the odds of the Israelis and Sunni nations working together politically and militarily grows as well.

At present, Israel can offer a great deal of help and support to its regional Sunni Arab neighbors. It can not only offer military and political security to the Arab Sunni nations via its military strength and its presumed status as a nuclear power, but it can also offer energy exports to such nearby nations as Egypt and Jordan which have energy needs. What can the Palestinians offer to the Sunni Arab nations in terms of military, political and energy support? The answer is…nothing. The endless and unrealistic Palestinian demands in the region and the festering terrorism they support in Gaza via Hamas are an ongoing threat to regional stability. Also, the Palestinians reached out to ally themselves with Iran as a weapons supplier against the Israelis (as a previous post discussed). Both Iran and the Palestinians want to “wipe Israel off the map,” but in the process of reaching out to the Iranians, the Palestinians alienated the Sunni Arab nations. Therefore, the Sunni Arab nations want the Palestinian “problem” resolved once and for all to stabilize the situation and shut Iran out of the region.

Given that the USA, the Israelis, and the key Sunni Arab nations want this issue resolved, there is a growing chance that their combined influence will prevail upon the Palestinians to accept the offer, perhaps with some modifications. It is not impossible that a settlement will be imposed on the Palestinians if they continue to refuse to accept any terms at all. If they refuse to face the reality that Israel is in a very strong position and that the Palestinians are in a very weak position concerning any deal, the chances of an imposed settlement will grow greater. Perhaps Egypt may end up policing Gaza and the Saudis, the UAE and perhaps Jordan may share a security presence in the West Bank to guide a new generation of Palestinian leaders into a more realistic acceptance of their situation and the right of Israel to exist. The Palestinians are simply in no position to make any demands upon anyone.

Let’s briefly consider another key issue not addressed in the links. Many Christians aware of latter-day prophecies are keenly watching the Mideast; to see if a political situation develops which permits the Israelis to build a Third Temple in Jerusalem. If such an event happens, key latter-day biblical prophecies will move toward fulfillment. If a Temple site is dedicated, it is my understanding that the evening and morning Temple sacrifices could begin soon after the dedication ceremony while construction is occurring. Revelation 11:1-2 prophesies that the act of measuring and locating the altar and dimensions of a new Third Temple will, apparently, immediately precede the arrival of the Two Witnesses on the world scene. These Two Witnesses are prophesied to be perhaps the most powerful prophets God has ever sent as they will have the power to “smite the earth with all plagues as often as they will” (Revelation 11:6). Will the current Trump peace deal develop into a comprehensive deal that includes a new Jewish Temple? I certainly don’t claim to know, but we should all watch this peace process very closely. At some point, political development will occur that allows this Third Temple to be built.