How the Kurdish Independence Vote Could Affect the Mideast 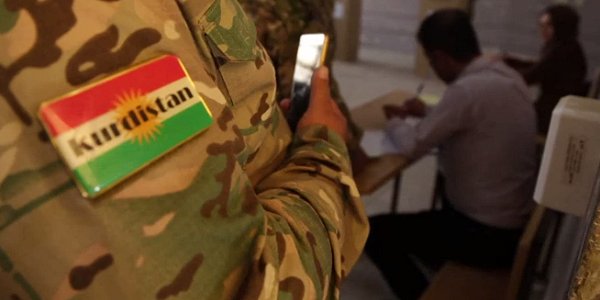 As readers no doubt know, voters in the Kurdish Autonomous Zone’s referendum opted overwhelmingly for Kurdish independence. I’ve seen figures that 93% of the Kurds voted for making their autonomous zone an independent nation. However, as the links below affirm, this vote does not immediately create a Kurdish state. However, it does create a new “fact” on the ground: The Kurds are now on record that they are determined to have their own nation. The Iraqi central government, which is a vassal of Shiite Iran, does not like this outcome at all, but Kurdish independence is beginning to gain a momentum of its own.

Personally, I think the Kurds have earned the right to their own nation. When ISIS was rampaging over everyone in the Mideast and President Obama did nothing meaningful to stop them and the Iraqi army threw away its weapons and fled the battlefield, it was the Kurdish Peshmerga that did not panic. It was the Kurds who sheltered all kinds of refugees who were fleeing from the ISIS madmen who were beheading people, burning them alive, raping women and girls, drowning people in cages, etc. It was the Kurds who met the ISIS forces head on and stopped their advance. If not for the Kurdish Peshmerga, the entire nation of Iraq may have been swallowed up by ISIS. The Kurds have been faithful allies of the USA in the war against ISIS and they have been effective fighters. It would be a heinous act of betrayal if the USA did not eventually recognize Kurdish independence in an overall agreement that other nations can live with. The Kurds should have had a nation of their own after World War I when the Ottoman Empire was carved up by France and Great Britain in the Sykes-Picot treaty. That treaty ignored the Kurds and that omission created the problem we have today.

The first link and second link have very helpful maps of the locations in the Mideast where the Kurds live. They are scattered among four nations: Iraq, Turkey, Iran and Syria. These nations, the UN, the USA, etc. all issued statements opposing the Kurdish independence referendum, but the Kurds held it anyway. This act argues that they have secret support from other nations that they know they can rely upon to eventually support their independence. The third link identifies the likely nations that will support Kurdish independence. Those nations are reported to be the USA, Russia, Germany and even perhaps Israel. The USA and Kurds have had their forces fighting together against ISIS for some time, and their militaries now have strong bonds. Russia has signed a big oil deal with the Kurds on jointly developing oil fields within the desired borders of a new Kurdistan. I’m not sure of the German connection, but Israel’s interest in Kurdish independence is obvious. Israel cannot allow a Shiite corridor from Tehran all across the Mideast through Iraq and Syria right up to Israel’s northern border. If Iran was successful in creating such a Shiite corridor, Israel would likely have no choice but to go to war with Iran and its proxies as it cannot allow Iran to move its ground and missile forces across a Shiite corridor all the way to Israel’s border. The Sunni nations of Saudi Arabia, Jordan, Egypt, the UAE, etc. also do not want a Shiite corridor from Tehran to the Mediterranean Sea, so a Kurdish nation serves the interests of the Sunni nations as well.

The maps in the first and second links show the regions of the old Iraq now under Kurdish control. They intend to keep what they have conquered. As the Kurdish leader, President Masoud Barzani, put it in the third link: “Our borders lie where our tanks stop.” The fourth link also shows how determined the Kurds are to have a de facto independence right now. The Kurds are refusing to give up control of certain border crossings to the Shiite Iraqi central government. This is another assertion of a growing de facto independence. There is another reason why Russia might accept a Kurdish state. Amidst all the fighting of rival armies and militias across the Mideast, the Kurdish Peshmerga has shown no hostility toward the Syrian central government backed by Russia. It seems the Kurds can live at peace with the Syrian central government, and Russia likely sees that as a plus for Kurdish independence. Another factor is that Russia may not want an all-out war between Israel and its allies versus the Shiites and their proxies in the Mideast at this time. Such a war would likely see Syrian central government, Iranian forces anywhere near Israel and Hezbollah wiped off the map. Such a war could draw Russian forces into a war not wanted by Moscow.

There is a biblical prophecy which infers that the Shiite corridor will not come into existence. At the very end of this age, Revelation 16:12 foretells the “kings of the east” will attack westward (toward Israel) from a staging area near the Euphrates River. Most of the Euphrates River region is controlled by the Iraqi central government, a vassal of Shiite Iran. The “kings of the east” is the book of Revelation’s term for the Gog-Magog alliance of Ezekiel 38-39 (which also includes Iran). This force attacking westward eventually will meet its end in a great battle that will include battles being fought in and around Jerusalem and Israeli territory (Zechariah 14). This is the famous battle of Armageddon (Revelation 16:12-21) which triggers Divine intervention in the war. This final war parallels Ezekiel 38-39 and Revelation 19:11-20:4 which also offer prophecies about this final epic battle in which divine intervention decides the outcome.