How Many Nuclear Weapons Do the Israelis Have? 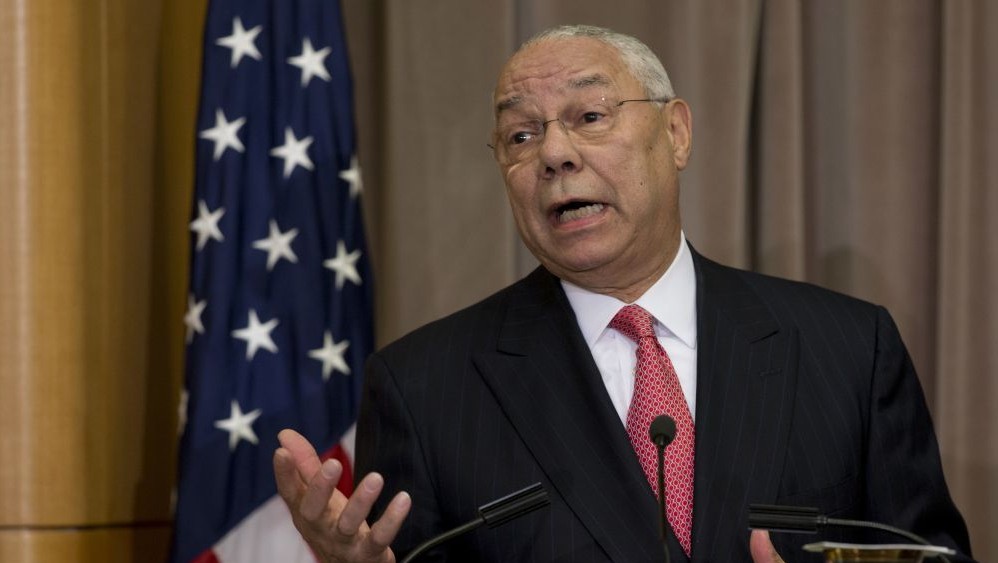 This is a question that has intrigued the nations of the world for many years. I thought I’d offer my thoughts and analysis on this important topic in this post. First, what are the estimates of the “experts?” The first link offers an Israeli media perspective on a statement made by former US Secretary of State and top US general, Colin Powell, that the Israelis possess “200 nuclear weapons.” That link also reports that past estimates of the Israeli nuclear arsenal have ranged from 80-400 nuclear warheads.

The second link is an article from The Washington Times citing another “expert” who opines that the Israelis have “only” 60-80 nuclear warheads–at the very minimum estimation level mentioned in the first link.  However, the second link seems to, in my opinion, contain inconsistencies. It accurately states that Israel has “no transparency” on the number of warheads that it possesses–that is a state secret. Israel neither acknowledges nor denies that it has nuclear weapons, although I doubt any serious analyst thinks they do not have such weaponry. The second link states that Israel “owns a nuclear triad of air-, sea- and ground-launched weapons in the form of bombs on F-15I strike fighters, ballistic missiles and submarine cruise missiles.” The “expert” cited in the second link also adds that “it is extremely unlikely the [Israeli] submarines deploy with nuclear weapons. All weapons remain unassembled and would take a few days to make operational.” I sense both accurate information and disinformation in these statements. How does he know that all Israeli nuclear weapons “remain unassembled?” I agree that the Israelis likely have a considerable number of nuclear warheads which can be delivered by weapons systems via air, sea or land. That would seem to require 80 nuclear warheads at a minimum to maintain a credible deterrent force in all three modes of delivery. However, I think it is extremely likely that some Israeli submarines (the German-made Dolphin class vessels) do deploy with nuclear warheads in their weapons inventory. In the case of a sudden existential war, there is no time for these submarines to go back to port to unload conventional munitions and reload with nuclear warheads that “take a few days to make operational.” The lesson of the Yom Kippur War is very vivid in Israeli war planners’ minds. In that war, a surprise attack was launched on Israel and military units had to fight with whatever was available. In the event of a similar such Pearl Harbor-like surprise attack, Israeli nuclear warheads must be ready to be launched very quickly if necessary. That is why I think that unassembled nuclear weapons, while possible, are not practical and that it makes no sense to not have your best weapons in immediate usable condition at all times. Iran has threatened to wipe Israel off the map. If Iran actually attempted to do that with a nuclear first strike, Israel has to have nuclear weapons that can be delivered almost immediately back at Iran.

The second link also makes what I regard as an assertion so naive that I can only assume it to be an attempt at disinformation. It asserts that it is a “bogus claim” that the Israelis have “produced low-yield [nuclear] shells.” My response to that is why wouldn’t they do so? They certainly have the technology to do so with ease and their area of the world would have a multitude of targets that could best be struck with low-yield nuclear weapons such as artillery shells (i.e. the thousands of Hezbollah missiles and their batteries in South Lebanon). Allow me to offer you some links showing how easy it is to make such small “nukes.” In the early years of the Cold War, the USA designed nuclear artillery shells using captured German artillery technology from World War II with miniaturized nuclear warheads (third link). The link notes the USA built low-yield atomic warhead artillery shells with 1949-1953 military technology! The fourth link shows a video of the size of the distinctive mushroom cloud produced by a US nuclear artillery shell at a range of seven miles. Using 1950s technology, the USA built even smaller nuclear warheads. It produced the Davy Crockett nuclear warhead which was little more than a heavy mortar-sized shell with a range of 2000-4000 meters (fifth link). A video of how small a blast the Davy Crockett warhead produced is found in link six.

If the USA could produce artillery and mortar shells with nuclear warheads in the 1950s, do you not think the Israeli military minds could not do the same thing with the far more advanced technology available today? Of course they can. The question is whether they have done so, and Israel will not say if they have done so or not–leaving the world to guess the answer. Given how effective battlefield tactical nuclear weapons would be, it is my opinion that Israel has built such weapons.

Allow me to examine this question from a related but different angle. The Israelis are famous for water conservation technology to maximize available water supplies in an arid and semi-arid region of the world. They pioneered the development of drip-irrigation techniques to accomplish more with a little water than other countries previously dreamed possible. This is an example of how Israeli technology can stretch an available resource to accomplish far more than other nations think possible. If the Israelis can do this with water supplies, why can’t they do the same thing with available plutonium and fissile material for nuclear weapons? In contrast, in the Cold War, the Soviets were famous for developing nuclear bombs that could destroy a city ten times over. What overkill. Once would be quite sufficient. I’m sure the Israelis have looked at all possible threats and designed nuclear warheads in a variety of sizes for both strategic and tactical usages. I’m sure they have not wasted any weaponizable nuclear material any more than they would waste water needlessly. Any nation with nuclear weapons could build a very large number of tactical nuclear artillery and mortar shells with the plutonium and fissile material needed to make one large strategic nuclear weapon. Israel surely can do that as well. If Israel has built nuclear artillery and mortar shells with nuclear payloads, they could have far more than 200 “nuclear warheads” if one counts each miniaturized nuclear warhead as a single “nuclear weapon.”

This leads to an obvious (and unanswered) question. Not only how many actual nuclear warheads (of any size) do the Israelis have but also what is the total megatonnage that is contained in the aggregate number of such nuclear warheads? The same question could be asked of all nations with nuclear weapons. Do not expect any answer from me–I have no inside information. My opinions and analysis are based simply on available public sources and logic. When most experts speculate about how many nuclear warheads the Israelis (or any nation) has, they tend to think too big–limiting their thinking to just big nukes like those found on ballistic missiles and aerial bombs. How big does a nuclear weapon of some kind have to be to be counted as a “nuclear warhead?” From a strictly logical point of view, the smallest possible nuclear weapon that can be used to eliminate a military target is the best size to use. Overkill is a waste of resources. The smallest size weapon also reduces collateral (i.e. civilian) casualties near any military target. Think of practicality. Why put so much overkill into nuclear warheads that they take out 200 targets with an overkill payload when you can eliminate many times that many targets with smaller warheads tailored to the size of each target? If you looked at the nuclear blast from the small US Davy Crockett nuclear warhead in the sixth link below, you might not even realize it was a nuclear weapon.

There is another factor that enters into any analysis of how many nukes Israel has. That is how much plutonium and weaponizable fissile materiel have they produced? Their known nuclear facility at Dimona isn’t all that large when looked at above ground with eyesight or satellite views. How much nuclear material has it been able to produce in the years that it has been in operation? The world doesn’t know the answer to that question. Does Israel have (or has it ever had) a second source for plutonium and weaponizable fissile material? We don’t know the answer to that question either. Obviously, the more plutonium and fissile material Israel has produced or imported, the more nuclear warheads it can build. I think Israel has done the right thing by not acknowledging now many nuclear warheads they have or what sizes and types they have. That keeps potential enemies guessing. If potential enemies guess on the high side, that only enhances the deterrence factor that Israel creates by remaining silent on their nuclear weapons capabilities. I’m sure a variety of nations have paid big bucks to military and scientific analysts to try and determine how many nukes Israel has, and those estimates have gone to heads-of-state and top military leaders.

So what is my estimate of the size of Israel’s nuclear arsenal? When one considers all potential tactical as well as strategic nuclear weapons that Israel likely has, my estimate would be on the higher estimate of the range cited in the first link (400 warheads). If Israel has miniaturized nuclear payloads into very small tactical sizes, the number could be significantly higher.

Biblically, Israel has God on its side and that may move the estimates to a higher number of nuclear warheads. Genesis 49:8-9 prophesies the Jews/Israelis (“Judah”) will be powerful and will fight like lions in the latter days. That has been proven true in the wars that the Israelis have had to fight. Zechariah 12 promises that Judah will be strong and divinely protected in the latter days. Verse 6 specifically prophesies that God will make Judah like a “fire among the wood and a torch of fire in a sheaf.” Zechariah 14 is a prophecy about the great global war at the end of our age as it will be fought in the Mideast and Israel. Verse 12 specifically prophesies that the following will happen to all those who come to fight against Jerusalem: “Their flesh shall consume away while they stand upon their feet and their eye shall consume away  in their holes and their tongues shall consume away in their mouth.” That can happen by divine action (as depicted in The Raiders of the Lost Ark movie). It is also a very good description of how people die when hit by nuclear weapons — they consume away and die before they even have time to fall over. Some day we’ll find out which potion was intended by the prophet Zechariah when he penned those words. These two destructive options are not mutually exclusive. Both could occur in the world war at the end of our age.