How Long Can a Pre-emptive Strike vs. North Korea Be Delayed? 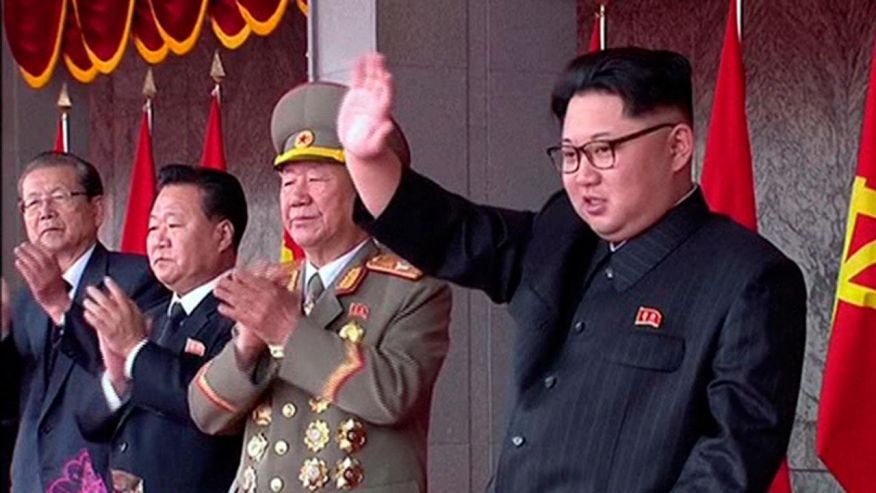 It has finally happened. American, Japanese, South Korean and other international observers all agree North Korea has tested an ICBM in its most recent missile test. According to one cable TV report I watched, the missile was aloft for 40 minutes and reached an altitude of over 2,500 kilometers which one analyst indicated meant this ICBM could travel approximately 5,500 kilometers if launched in a normal intercontinental trajectory instead of being aimed to travel so high above the earth’s surface. Estimates of the North Korean ICBM’s range may vary, but the danger level has now reached a new ominous threat level.

America’s President Trump has warned that a North Korean nuclear threat will not be accepted (first link). This argues that a preemptive strike plan already exists to take out North Korean nuclear/ICBM capabilities, and all that it needs to be activated is his approval. It is expected that Japan, South Korea and the USA would all act together to take out this threat if such action is needed. An English-language report on this story from the Japanese media is included as the second link, and it has many interesting related links for readers to explore. I recommend this Japanese source of world news (NKH) for readers to monitor, and its programs are sometimes available on some PBS channels in the USA. Japan has every right to be worried about North Korea’s missile and nuclear capabilities. All of Japan is already within North Korean missile range, and the Japanese government is already warning its population how to take shelter in the event of a nuclear attack by North Korea (third link). The fourth link reminds us that an EMP air-blast of a North Korean nuke could wreak incredible havoc on the technologies of any nation so attacked.

Now that North Korea has the demonstrated missile technology to reach at least part of the United States as well as all of Japan and South Korea, one must wonder how much longer a pre-emptive strike can be delayed. North Korea could already mount a warhead on its ICBM which has biological, chemical or dirty-bomb radiological material on it. It could cause damage and panic if it used such a missile before it has actual nuclear warhead technology available. While there has been some hope that China would pressure North Korea to abandon its nuclear and ICBM technologies, China has done nothing yet and the hope of Chinese action to defuse the crisis is steadily lessening. Failing a Chinese-imposed solution, a pre-emptive strike on North Korea by the USA, Japan and South Korea seems to be only a matter of time away. If such an attack is launched, it would surely result in North Korea unleashing an artillery barrage on Seoul from its massed artillery on the North Korean side of the DMZ. To prevent massive loss of life in Seoul, an allied attack vs. North Korean artillery batteries would almost surely have to accompany a pre-emptive strike on its missile and nuclear technologies. This situation is now very close to requiring a military action to protect the citizens of the USA, Japan and South Korea. A key question is how to keep this conflict a limited one which would not result in a Second Korean war pitting China and North Korea against the USA and its allies.

If such a pre-emptive strike occurs, this is not going to be the beginning of World War III as prophesied in Ezekiel 38-39. That prophecy warns of a global war at the very end of our age. Several major latter day events prophesied in the Bible have yet to occur before our current age ends. Babylon the Great has not yet fallen (Revelation 17-18), the beast power has not yet begun its 42 month reign (Revelation 13 and 17) and the Two Witnesses have not begun their 1260 day ministry (Revelation 11). However, the Ezekiel 38-39 prophecy does not preclude that one or more regional wars will occur between some member states of the two prophesied alliances mentioned in Ezekiel 38-39. Since Matthew 24:6 warns that “wars and rumors of wars” will precede the climactic crisis at end of this age, we should expect that such regional wars are a strong likelihood. Some kind of conflict looks increasingly inevitable on the Korean Peninsula.