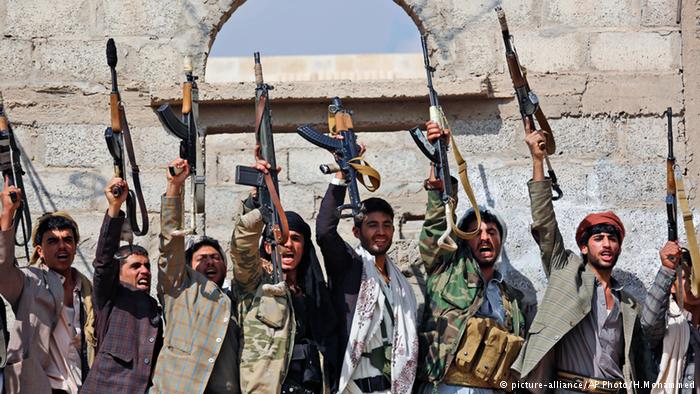 The situation in the entire Mideast is sliding toward a wider war. More events are worth passing on to readers of this blog as the situation deteriorates quickly in Yemen, Iraq, etc.

The first link and second link detail a dangerous new development. The Iranian-backed Houthis in Yemen fired a cruise missile in the direction of Mecca in Saudi Arabia. Mecca is a sacred site to Islam, and the Saudis are the protectors of Mecca. That an Iranian proxy force fired a missile toward Mecca is very provocative. Obviously, the Yemeni Houthis received this missile from Iran. To help readers understand the gravity of this action, think what the reaction would be not just within the Catholic Church but within the wider Christian community if Islamic terrorists fired a cruise missile “toward the Vatican.” That is what the Sunni nations must be feeling like after the Shiites fired a missile in the direction of Mecca. It is not clear what the target was in the Mecca region, but even the possibility of hitting the Islamic sacred site is virtually an act of war by the Shiites vs. the Sunnis. Surely, this will galvanize Sunni nations to oppose Iran in a more united manner.

The second link also reports that the Iranian-backed Houthis in Yemen have fired missiles at US navy ships stationed off Yemen’s coasts and commercial vessels in the narrow passage that connects the Gulf of Aden and the Red Sea. This narrow passage is vital to international commerce (and the economies of Egypt, Jordan and Israel) because whoever controls this narrow water passage controls the southern approaches to the Suez Canal. The link reports that US warships have launched tomahawk missile attacks at the Houthis in retaliation. The third link adds that these US naval attacks have been destroying radar facilities set up by the Iranian-backed Houthis. It also reports the US and allied intelligence forces did not catch a shipment of Iranian missiles to the Houthis, and it shows the damage done by an Iranian-supplied missile to a warship of the United Arab republic in that region. Did you see in the American media any report that US warships were engaged in war actions off the coast of Yemen against Iranian-backed Shiites, and that a wider war seems to be in the offing?

There are more emerging dangers in the Mideast. My previous post was about the battles raging in Mosul and Aleppo. The situation in and around Mosul is deteriorating quickly as the coalition against ISIS may break up, and there is danger the “allied” forces may fight against each other along Sunni-Shiite lines. The fourth link details reports that the Turkish military has sent tanks and ground forces into the battle for Mosul on its northern side, and that these Turkish forces are allied with the Kurdish Peshmerga. These are both Sunni groups so they are fighting on the same side in the great religious divide opening wide within Islam. Shiite Iran is enraged about Turkish intervention in the Mosul region because Sunni Turkey has a large and capable army and Iran wants the Shiites to control Mosul after ISIS is driven out of the city. The Sunni Turks and Kurds are determined that Mosul will be controlled by Sunni forces after ISIS leaves. Iran wants a land link between its proxy allies in the Iraqi central government and its allies in the Syrian civil war, and controlling Mosul would greatly facilitate that goal. Turkey, the Kurds and other Sunni governments are determined to stop that from happening. The fifth link documents that the USA is getting caught in the middle of this Sunni vs. Shiite confrontation that is sliding toward open war, and it cannot “play both ends against the middle” much longer. The anti-ISIS coalition allies are so close to breaking up and fighting against each other that US Defense Secretary Carter made a little-publicized visit to the Mideast coalition members to try and appease them all. It is my view that American interests require the US to forcefully support the Sunni nations in this confrontation, but the Obama administration has been oddly pro-Iranian in many of its actions in the Mideast. Russia is allied with the Shiite side in the confrontation, and it has been periodically “buzzing” US warplanes without a meaningful response by the USA (sixth link). I suspect the Obama administration has imposed bizarre rules of engagement on US pilots so they cannot take any counter-actions.

There is more. The Sunni-Shiite confrontation has already reached open warfare not only in Yemen, but inside Egypt as well. Egypt has been fighting a war against ISIS, the Muslim Brotherhood and Hamas terrorists in the Egyptian Sinai peninsula as well as in other parts of Egypt. The Muslim Brotherhood and Gaza-based Hamas claimed responsibility for assassinating a top Egyptian general in this fight (seventh link), but Egypt countered with air strikes against ISIS and other affiliated terrorists, reportedly killing 70 of them (eighth link). These developments will undoubtedly harden Egyptian opposition to Iran and its proxies which are trying to overthrow or destabilize Sunni governments–including Egypt’s. The Hamas radicals are also setting up a situation where they may be eliminated by a joint Israeli-Egyptian action if another war breaks out in Gaza due to Hamas attacks. If a regional Sunni vs. Shiite war does erupt in the Mideast, it could get really ugly fast. If it widens, I expect the Israelis to intervene on the side of the Sunnis if they are needed. Russia is on the side of the Shiites. The USA should be solidly on the side of the Sunnis, but Obama has always has had a difficulty identifying America’s friends and enemies.

My question for American readers is: How much of this have you seen detailed in the American media?

My books, articles and previous posts have detailed the reasons for all the above identifications, so, in the interests of brevity, I will not write a detailed description of my reasons for these identifications in this post. Long-time readers of this blog are well aware of them. New readers are urged to examine much of the key evidence for these conclusions in my printed books and E-book which can be purchased at my homepage, as well as reading my free articles: What Ezekiel 38-39 Reveal about a Future World War III and Japan’s Role in Biblical Prophecy.