HINTS OF A 3RD TEMPLE IN JERUSALEM? 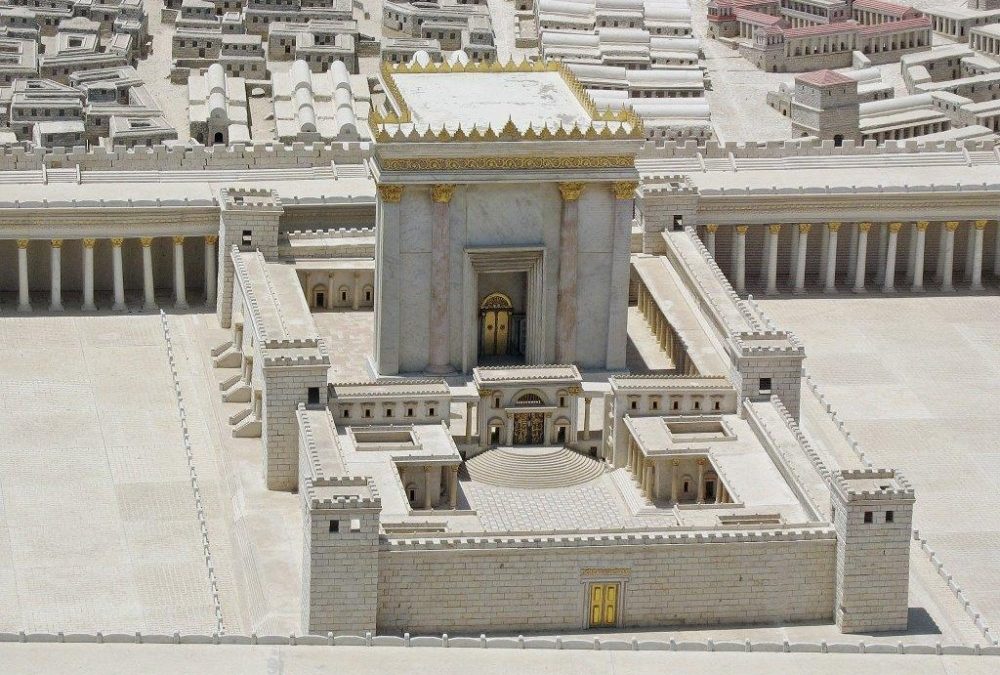 Something very important is brewing behind the scenes in the Mideast, and it may result in something major in terms of biblical prophetic fulfillment. There is a possibility that a Jewish 3rd Temple may be drawing closer to becoming a reality as part of intense negotiations now being conducted. Such a development would only be announced when all the details are finalized in a new implementation of the Abraham Accords, but here is what we know so far.

Israeli Prime Minister, Benjamin Netanyahu, has announced that in addition to the four peace agreements already made between Israel and Sunni Islamic nations (The UAE, Bahrain, Morocco and Sudan), that four more such peace agreements are near to being finalized (first link). The first link suggests that Indonesia, Mauritania and Saudi Arabia may be part of the new expansion of the Abraham Accords. Personally, I think if Saudi Arabia formally joins this process that such nations as Oman and Kuwait will participate as well.

What issues are being discussed as part of this negotiation process to bring this major expansion of the Abraham Accords into being? The second link offers one answer. It discusses that there are some intense and fractious negotiations going on between Jordan and Saudi Arabia over which nation will be the guardian and administrator of the Islamic sacred sites on the Temple Mount in Jerusalem, and that Israel is now also a part of this negotiation. Jordan currently has the oversight of these Islamic sites on the Temple Mount, but Saudi Arabia wants to become the guardian of those sites just as it is the guardian of Islamic sacred sites in Mecca and Medina. There is a statement in the second link that hints at far more being at stake in these negotiations. The statement is: “Saudi Arabia wants a senior role, alongside Israel, in running the [Temple] mount (emphasis added).” This strongly infers that Israel and Saudi Arabia would both share a joint senior role in administering the Temple Mount, replacing Jordan’s current role in that capacity. Israel currently does little more than provide police security at the entrances to the Temple Mount. What would cause the Jewish state to assume, alongside Saudi Arabia, a “senior role” in administering the Temple Mount site itself? One obvious answer is if, as part of an overall peace deal which greatly expands the Abraham Accords, the Israelis receive the rights to construct a long-desired Third Temple on the Temple Mount. If Saudi Arabia becomes the steward of the Islamic sites on the Temple Mount and the Israelis can begin building a Third Temple on the Mount, it will powerfully cement relationships between Israel and Saudi Arabia. If it happens reasonably soon, it would almost certainly guarantee the re-election of Netanyhau in the pending Israeli election.

The third link, from Arab media, covers this matter from an Arab/Islamic perspective, but it is clear that Saudi Arabia very much wants the role as administrator of Islam’s Jerusalem Temple Mount sites. Jordan is greatly resisting such a change, but being a smaller nation caught between Saudi Arabia and Israel, Saudi Arabia may offer Jordan a security and financial deal to which it can’t say “no.” The third link appears to have been written late in the Trump administration, and such a date would confirm these secret negotiations have been going on for some time. Indeed, the link adds that these discussions were so secret that they took place “amid a total blackout.”

If a comprehensive peace deal is announced between the Israelis and the Saudis (and other Sunni nations) which allows for a new Jewish Temple on the Temple Mount, biblical scholars everywhere will take immediate notice. The Bible has a number of prophecies that address a new Temple on the Temple Mount in the latter days of this age just prior to the arrival of the Messiah, who Christians believe is Jesus Christ. Any such new Temple will focus the mind of every student of biblical prophecy on the Mideast as it will be irrefutable evidence that we are entering the final stages of the prophesied latter days (please see my article, Are We Living in the Biblical Latter Days?). While such a Temple could trigger a variety of biblical fulfillments, I want to focus on just one that could be fulfilled soon if construction of a new Temple is started.

Revelation 11 has one hugely important biblical prophecy about the latter day sequence. It prophesies that God will send two immensely powerful prophets called the Two Witnesses to plague the earth in a final effort by God to motivate humanity to repent before the Creator God begins his final plagues on the earth which purge it to receive the Second Coming of Jesus Christ. The Two Witnesses will be able to plague the earth with whatever plagues they desire to pronounce (Revelation 11:6). Revelation 11:1-2 reveals what will indicate that the arrival of the Two Witnesses is imminent. These verses describe a process where a new Temple in Jerusalem is in the process of being “measured.” Measuring out the dimensions of the Temple’s composite parts would be the logical first step in building such a Temple. If a new Temple is permitted on the Temple Mount and the measurement phase of the project begins, Revelation 11:1-2 will be fulfilled and the fulfillment of verse three, the coming of the Two Witnesses, could then come at any time. For extensive information about what the Bible reveals about the Two Witnesses, please read my article:The Two Witnesses.

Of course, this may not happen yet at this time with the next round of Mideast peace agreements, but we now know that very serious negotiations are being conducted between Israel and Saudi Arabia about changes that will be made on the Temple Mount in Jerusalem. The fourth link cites Benjamin Netanyahu as saying that the current Israeli-Saudi negotiations (which include the future status of the Temple Mount) will constitute a “global revolution” and bring about “historic change” in the region. An announcement that the Jews will build a new Temple on the Temple Mount would certainly fulfill his prediction. This is a possible development that we all need to watch very closely.