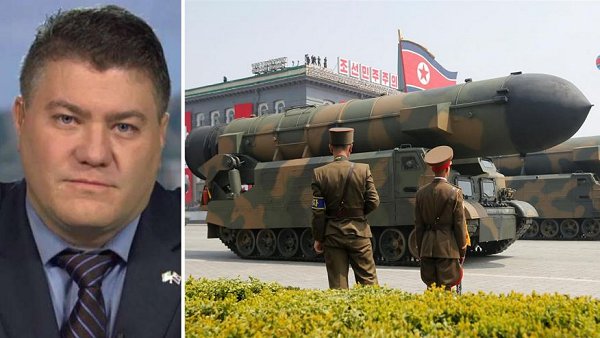 No doubt, all readers are aware of the growing crisis on the Korean Peninsula due to North Korea’s aggressive plans to develop ICBMs to shoot nuclear warheads at the USA and its allies. A new North Korean missile test failed, leaving some to speculate whether the USA used some kind of cyber-defense technology to render the missile test a failure (first link). North Korea has threatened to attack the USA and/or its allies with nuclear weapons, so North Korea’s aggressive program to develop ICBMs has to be taken very seriously.

The states of Hawaii and Alaska may already be in range of North Korean missiles, according to some experts. The state of Hawaii is taking the threat seriously. That state is taking steps to possibly reactivate its old nuclear bomb shelters from the Cold War years (second link). If they move to do so, they will have much work ahead of them as the USA’s nuclear defense shelters have fallen into severe disrepair. The official statement on the subject from the Hawaiian government is detailed in the third link.

The fourth link reports that while the USA is moving to deploy the THAAD missile-defense system to South Korea, this action may take a couple of months. Given the rate at which the crisis is accelerating, that may not be soon enough. The USA does have another ballistic missile-defense option available. The US Navy’s Aegis defense system can intercept and destroy enemy ICBMs (fifth link), but the warships need to be positioned within operational range to be able to target enemy missiles. The US Navy does have Aegis-equipped missile warships in the region where any North Korean missiles will be launched. Japan has such warships as well.

There are now reports in the media that another North Korean nuclear test detonation may occur soon. If this does happen, it could hasten firm action by the USA to eliminate North Korea’s nuclear program and its strategic missile programs. The USA cannot wait too long to take action. North Korean missiles can already reach South Korea and Japan, America’s allies. Such missiles could likely be fired now with chemical weaponry or radiologic “dirty bombs” in their warheads. Such weapons might also be able to reach Hawaii and Alaska. There are reports that China may take some action against North Korea to defuse the threat, but so far no such action has been forthcoming. Perhaps diplomacy will yet still find a way to stop the North Korean threat, but President Trump has warned that if China doesn’t take action to control the threat, the USA will. That sounds like a military pre-emptive strike to me. Since North Korea already has nuclear weapons technology and has openly declared it is developing missiles to hit the USA with nuclear warheads, the USA would be entirely justified in taking such pre-emptive action. Indeed, it is also just possible that North Korea may be ready to hit the USA with a nuclear warhead sooner than expected. Intelligence agency estimates have been wrong before. This means such US cities as Honolulu and Juneau may already be under threat, and America’s West Coast cities will also be under threat in a matter of time. Given the severity of the threat, if the US decides to act militarily to stop this pending nuclear missile threat to the USA, it is better to act a year too soon than an hour too late.