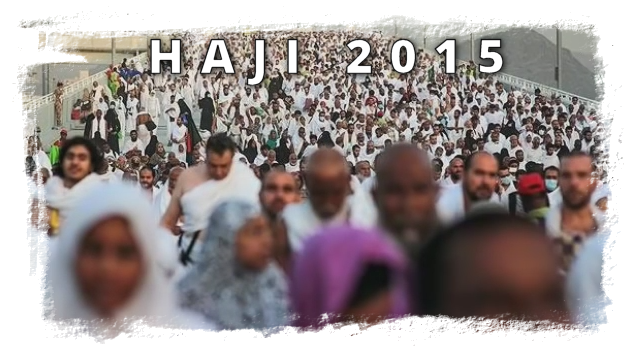 As readers have likely read or heard in media reports, a very deadly stampede occurred at the Islamic hajj event held in Mecca, Saudi Arabia each year. The death toll was originally reported in the vicinity of 700 people, but the toll keeps rising. The first link, second link, third link and fourth link offer varying perspectives about the details of the disastrous event, and report that 863 people were also injured. The first link adds a significant detail about how this stampede began. It reports that two different crowds approached each other as they converged at the same geographical location, and that “pushing and shoving” broke out which resulted in the stampede. This infers a hostile confrontation, not just an accidental encounter. There is more information that supports this possibility.

The hajj attracts Muslims from all over the world to Mecca during its occurrence. The third link reports that the national group which suffered the most deaths was the Iranian faction. I think it is safe to say that the Iranians were likely all Shiite Muslims, while the majority of the Muslims attending the event are Sunni Muslims. This link reports the death toll is up to 769, and that “at least 136” Iranians have died. I’ve seen a report on the Al Jazeera America cable-TV network that many of the trampled victims are hard to identify due to damaged bodies or lack of ID papers, so the Iranian (Shiite) death toll is likely to rise. Several of the links report that Iran is very angry about this large loss of Iranian lives within Saudi Arabia. The final link reports that Iran intends to pursue criminal prosecution of Saudi Arabia in international courts, and several links report that Iran has repeatedly called in the Saudi representative to Iran to lodge what must be a very angry message to Saudi Arabia.

This massive loss of life has occurred almost on the heels of an earlier disaster where a sudden gust of wind during a storm caused a crane to collapse in a way which killed a leading official in Iran’s missile/ICBM program. Iran is not likely to see these events as just “coincidences.” The two opposing crowds which began the pushing and shoving which led to the stampede and many deaths and injuries may have begun with rival Sunni and Shiite crowds opposing each other. I wrote a post recently that suggested that the sudden gust of wind in a storm which toppled the crane which killed the top Iranian missile expert may have been an “act of God.” Iran, no doubt, is wondering whether the crane collapse was actually the cause of the Iranian expert’s death or was it a “cover story” for his execution. I suspect Iran may want a very thorough autopsy to determine the provable cause of death of this important Iranian missile expert, but I’m not sure if Shiite beliefs permit such autopsies. The Saudis are likely feeling blamed for circumstances beyond their control.

The bottom line is that Iranian-Saudi relations are deteriorating rapidly. Wars have been fought in human history over less provocation. Saudi Arabia is already involved in a war in Yemen fighting the Shiite Houthis who are proxies for Iran. Egypt is hovering in the background to back up the Sunni Saudis if they need more assistance to quell the Shiite Houthis. Egypt cannot allow an Iranian proxy to control a major entry/exit point for maritime traffic to/from the Suez Canal (Yemen’s west coast on the Red Sea is just such a point). I think the war in Yemen is about whether Sunnis or Shiites will control the Suez Canal approaches as much as any other factor. Biblically, we know from Ezekiel 38:2-6 that Iran (“Persia”) is solidly within the latter-day Gog-Magog alliance headed by Russia and China. The Sunni Arabs are descendants of Abraham via Hagar and Ishmael, and no nation descended from Abraham is mentioned as being in the latter-day Gog-Magog alliance. The current rising stresses between Iran and Saudi Arabia are pushing the Sunni nations into greater antagonism toward Shiite Iran, which is congruent with Ezekiel 38’s prophecy.

The Iranians want the Houthis to win in Yemen’s war, and the Saudis and Egyptians are determined to not let the Houthis win that war. As the Shiite death toll rises in Mecca, Iran may be looking for an excuse to widen the hostilities. If this happens, a large Mideast war is very possible. I think Russia has already anticipated this possibility–sending its own military forces to the Mideast into Syria already. Russia may be pre-positioning its forces for an even bigger war where they may have to support Iran’s military. What is remarkable is that under President Obama, the USA, once the dominant power in the Mideast, has not only retreated into near-irrelevance but is actually acting to help Iran via the new nuclear treaty with Iran. All the nations in the region see this fact with painful clarity, I’m sure, and they are making their own new alliances behind the scenes.