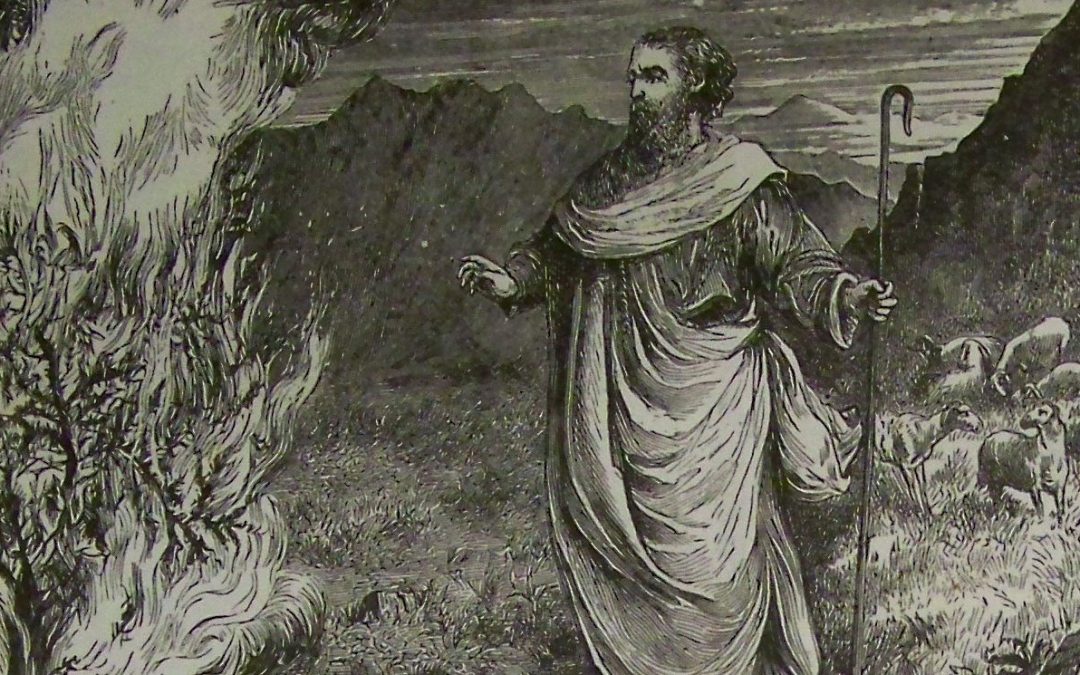 This is a topic that some readers of my blog already understand, but for others it will offer a new perspective on God’s name. In our increasingly secular modern society, few people realize that God has a personal name, and that the word “God” is simply a generic reference or honorific word applying to the Creator. When used with a small “g” in the term “god” or “gods,” it can refer to any spirit being or combination of spirit beings in a variety of ancient or modern religions. When used with a capital “G” in traditionally Christian western civilization, it refers to the Creator God of the Bible. The term “God” does not come from Hebrew or Greek sources in early biblical manuscripts. The first link offers a discussion of the various facts and theories known about the origins of the word, “God.” It comes from an archaic old German root word and some form of that word exists in English, German, Frisian/Dutch (all of which are cognate languages), as well as old Norse. The first link also indicates the term has a “Proto-Indo-European” derivation from ancient times, and may have an origin in ancient Persian contexts. Let’s consider the implications of that assertion for a moment.

When Christianity began and during the entire early Apostolic period, the region of Persia was ruled by the Parthians (a non-Persian people). The Parthian Empire was very large and powerful, and rivaled the Roman Empire in terms of scope and power. It dominated Persia and South-Central Asia from approximately 250 B.C. until 227 A.D. when the Parthians were overthrown by native Persians, which forced the movement of the Parthians and their Asian allies, the Scythians, toward Europe in a migration that took several centuries. The Parthian-Scythian descendants came to be known as the Germans, Anglo-Saxons, Franks, Vandals, Goths, etc., who eventually formed the population bases for many modern European nations. Since the term “God” can be traced to an Indo-European/Persian origin, the modern word, “God” may have an ancient Parthian/Persian origin. As readers of my books know, the Parthians and Scythians were the Semitic descendants in Asia of the ten tribes of Israel who were exiled to a wide variety of locations when the ancient kingdom of Israel fell to the Assyrians in the 8th century B.C. Christianity made deep penetrations into the Parthian Empire, so it is understandable that uniquely Parthian references to the Divine Being would have developed. However, the precise ancient origin of the word, “God,” is unknown to us. Also, an exact derivation of the word, “God,” would still not reveal to us the actual name of God Himself.

The Bible does give us God’s name, in its ancient Hebrew form. When God spoke to Moses in the Exodus 3 “burning bush” event and Moses specifically asked God what his name was, the Creator God replied in verse 14 that his name was YHVH (to use English letters to represent the ancient Hebrew letters for God). The King James Version (KJV) translates this Divine Name as “I AM THAT I AM” or “I AM.” The Revised Standard Version renders it as “I AM WHO I AM.” The four Hebrew letters from which we derive YHVH is (in the English pronunciation) are roughly “YUD-HAY-VAV-HAY” (in sources I have seen over the years). However, a Wikipedia reference (second link) renders the letters as “YODH-HE-WAW-HE,” (a representation I have not often seen). This four-letter name for the Divine Creator is often referred to as the Tetragrammaton. In English, it is pronounced in a number of very closely-related forms: Yahweh, Jehovah, Yehovah,” etc., with “Yahweh” being the form I have seen most often.  Clearly, the exact ancient pronunciation of God’s Name, spoken by God Himself, is not known to us. Moses had no tape-recorder when God was revealing his Name circa 3450 years ago, so modern scholars try to determine how it was pronounced by studying very ancient Hebrew texts and verbal historical forms. Since I am not a Hebrew scholar, it is not my place to suggest which version of the Divine Name’s ancient pronunciation is the correct one. It is my view that God is very capable and willing to respond to prayers made to him in any of these pronunciations and in modern Divine Names in a wide variety of languages. If someone is in a life-threatening situation, a prayer consisting of only a desperate “God help me!” may elicit his response.

There is also a need to differentiate between a title and a name. The Tetragrammaton gives us God’s Name in written form, but God has many titles and honorifics stated in the Bible. I will cite just a few of them. He is called the “Creator” and “Holy One” in Isaiah 43:15. Daniel 3:26 uses the term “most high God,” and Daniel 7:18 lists it as the “most High.” Psalm 57:2 uses the term, “God most high.” The term “God” in the Old Testament usually is translated from the Hebrew word, “Elohim,” which is a divine reference but it is not the personal Name of God. The personal name of God, YHVH, is often translated as “LORD GOD” or “LORD” ( in all capital letters) in English-language Bibles. A prominent example is Exodus 20:7 in the Ten Commandments passage where it states in the KJV: “Thou shalt not take the name of the LORD [YHVH] thy God [Elohim] in vain…” There are so many aspects of the Divine Name and its usages that books and scholarly research papers have been written about them. This post is intended only to be a blog-length commentary that introduces readers to this subject. However, I’d like to close by posing a question that I have never seen considered in any discussion on the topic.

The entire pre-Flood world used a language that was entirely alien to the languages of all post-Babel nations after God created new languages for all mankind at Babel (Genesis 11:1-9). How many new languages did God create at Babel? We do not know, but I’m familiar with viewpoints that God created a language for each major clan or tribe descended from Shem, Ham and Japheth named in the “table of nations” in Genesis 10. Since mankind’s tribes began to spread all over the earth right after the languages were changed (Genesis 11:9), it is evident that God created dozens or scores of proto-languages from which later languages developed. Since these new languages were given to mankind long before Abraham, Isaac and Jacob were born, and it was not yet evident to which branch of mankind the “birthright” blessings would be given, did God create a different Name for himself in each of these new languages or are we to understand that YHVH was his name in each of these ancient pro-languages? I have no firm answer to offer you; I merely pose the question for your consideration.