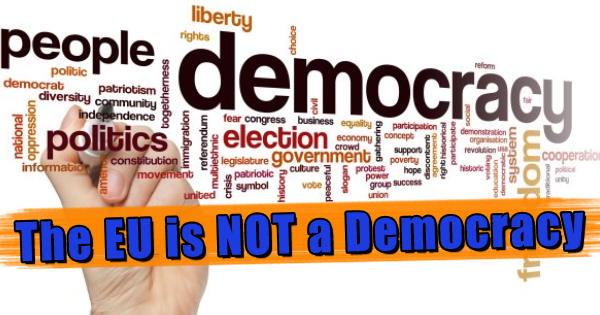 After days of hidden, backroom negotiations among Europe’s insiders, the top positions of the new EU leadership have now been announced. I will focus on two of the positions: the EU President’s position and the new head of the European Central Bank. Readers may recall that the usually cozy insider process of selecting new EU leaders was stalled this year because Germany’s Angela Merkel and France’s Emmanuel Macron could not agree on the distribution of the top positions. Each had a favorite and there were other contenders as well. The insiders compromised and selected a German as the EU President and a Frenchwoman as the head of the European Central Bank (first link and second link). Both are women. The new EU President will be Ursula von der Leyen, who has served as Merkel’s Minister of Defense. The new head of the European Central Bank will be a former French Treasury Secretary and head of the International Monetary Fund, Christine Lagarde. How did they settle their differences? Maybe they flipped a coin. No one really knows as the top positions of the EU are always made via secret deliberations of the globalist European insiders. No European voters are allowed to participate in decisions involving the EU leaders who have such power over their lives. The EU is not a democracy and has no intention of ever becoming one.

What do we know about these two individuals? The choice of Ursula von der Leyen as EU president indicates that Merkel remains solidly in charge of the EU globalist camp. Her former Defense Minister was named to the top post, and I suspect von der Leyen will do exactly what Merkel tells her to do, just as von der Leyen has done for several years as a cabinet member in Merkel’s government. If I were a supporter of the EU, I’d be worried about this choice. Under von der Leyen’s “leadership,” the German military has been turned into a mere shadow of its former self. Under her leadership, Germany has become a virtually disarmed nation. I’ve devoted several posts to how badly the German military has been managed on her watch. The third link and fourth link are two such posts. One notes that almost nothing works in the German military and that they had only four front-line fighters ready for action. Two German aircraft recently collided with each other (fifth link), so if those were two of the four functional warplanes Germany has, that means the German air force may be down to two front-line fighters that are ready for combat operations. It is clear that Ursula von der Leyen can’t manage a national military force with any skill at all. Under her leadership, Germany barely has any military forces left. If she brings the same mismanagement skills to the EU, the EU may not last much longer. As I said above, I believe she will do whatever Merkel tells her to do to advance the globalist goal of a Europe that is subservient to the EU leaders and bureaucrats. I expect she will continue to pursue the EU goal of eradicating the national sovereignties of the member EU nations.

Christine LaGarde is a consummate globalist, Deep State Insider. As the Managing Director of the International Monetary Fund, LaGarde implemented the globalists’ agenda in managing the financial affairs of nations to conform them to the insiders’ desires. A person in her position will surely pursue an agenda that will help the Big Banks of the world. Her appointment as the head of the European Central Bank means that she will use the power of that office to try to help the Big Banks of Europe retain their power and monetary dominance. Not long ago, something happened that proved how well-connected she was in the globalist community. She was found guilty in a criminal matter but served no prison time (sixth link and seventh link). This example proves that there is a double-standard of justice in the world. If you are a well-connected and valuable cog in the globalists’ governmental machinery, you can do almost anything and not be held to account. Such people are “above the law” because the globalists make the laws.

However, the world’s inner circles have forgotten that there really is a Creator God who designed all the impossible complexities of the Universe and every living species on earth. That God has already written a “script” for the global/geopolitical event of “the latter days,” the period of prophetic time in which we live. He has set forth that script in the Bible. God has predetermined many major events and outcomes, but that does not mean he intervenes in every detail of national and personal lives. If you desire to read evidence that there is a Creator God and that the Bible is demonstrably his divine word, please read my free articles Are We Living in the Biblical Latter Days?, Is the Earth 6,000 Years Old? and The United States in Biblical Prophecy. The Bible’s prophecies indicate that God’s judgment on the globalists’ agendas and schemes has already been decided. Such prophecies as Revelation 13, 17 and 18 reveal what God has revealed in advance about their approaching downfall. You can read about the biblical revelations on this topic in my free articles, Is Babylon the Great about to Fall…Ushering in a Global Beast System? and The Babylonian Origin of the Modern Banking System.

[A final word to American readers: Have a splendid Fourth of July celebration! If you have an American flag, remember to fly it on that day!]