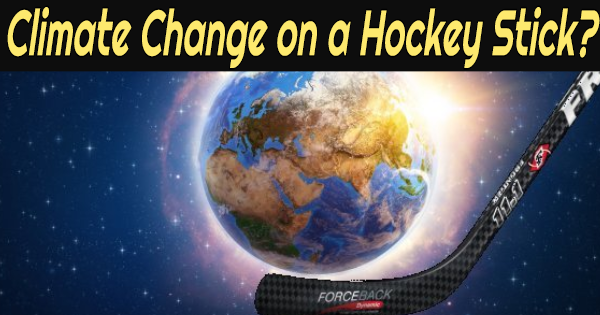 This post is to bring to readers’ attention information that is central to the entire question of whether there is such thing as “man-made global warming” and/or climate change. While the leftist/globalist spokespersons and their media allies have asserted for many years that “global warming” and “climate change” are man-made phenomena, there really isn’t an established scientific answer to this question yet. Indeed, the leftist/globalist assertion that global warming/climate change is a man-made phenomenon took a big hit recently in the Supreme Court of British Columbia in Canada.  Since I am not a lawyer, I want readers to realize I am offering a layman’s description of the court case and the Court decision based on media articles about it. I’m sure readers with a legal background will understand the legal ramifications of this case better than I can, but readers can review for themselves the facts about this case in the cited links to make up their own minds on the matter.

To simplify the issue, there are two very different sets of global temperature/climatological data which were at issue in the  British Columbia legal case. The case was a defamation case brought by Dr. Michael Mann, a leading global-warming advocate who invented the “hockey stick” projection of severe global warming that would occur around and after the year 2000. Dr. Mann brought the lawsuit vs. Dr. Tim Ball, who wrote a book debunking Dr. Mann’s global warming data and which offered a very different set of historical earth temperature data over the last millennium (first link). Dr. Mann, despite being given ample time by the court to produce climate data supporting his global warming “hockey stick” projection, refused to produce any data to support his assertions about global warming. The first link also cites comments by analysts on the extensive ramifications of this court verdict. The first link includes statements that the outcome of this case “puts the climate science community in crisis,” and that Dr. Mann had “perverted the norms of science on an industrial scale.” The graph of temperature data offered by Dr. Ball shows that the earth’s temperatures have fluctuated within a rather predictable range over the last thousand years. I’d like to draw readers’ attention to two facts I find very interesting in Dr. Ball’s chart of global temperatures over the last millennium. It shows a very warm period in earth’s history occurred between circa 1000-1400 AD, and a rather cool period between circa 1530 AD until just prior to the modern Industrial Age. If the warmest period in the last millennium occurred between 1000-1400 AD, it is obvious that it was a natural occurrence that could not have been caused by any man-made “greenhouse gases” as the industrial age did not then exist at all.  Also, since the period of time just prior to the Industrial Age was a time of unusually cool temperatures, it means that comparisons between that cooler time and the Industrial Age temperatures are skewed because comparisons are being made between modern Industrial Age temperatures and an unusually cool time in mankind’s history instead of with the earth’s normal historical baseline temperatures.

The second link offers a legal analysis which adds the Court dismissed Dr. Mann’s case “with prejudice,” which is a particularly strong rebuke by the Court to Dr. Mann. The link states that it is “absurd” for Dr. Mann to assert that his global warming claims were correct and that he was falsely defamed and, at the same time, refuse to produce any scientific evidence to prove that his assertions were accurate or that he was actually defamed. The third link offers the comments of more analysts about this case and what it means for those who assert “global warming” claims. It seems evident to me, based on the information in the first three links, that the “climate change skeptics” have won a huge victory in this legal case.

The fourth link also offers information that the scientific case for global warming has been a result of data which is not representative of the real temperature data in the locations where measuring equipment has been sited. Approximately 600 temperature-gathering stations in the USA are being shut down because their data inaccurately makes the local temperatures look hotter than they really are. Many temperature-measuring stations are located near “heat sinks” (concrete parking lots, airports, hot steam vents, etc.) which retain heat so they can’t accurately represent the real ambient temperature in a given location. I’d like to offer a personal experience of mine which is directly related to this matter. When I worked in the airport management business in the 1970s, I recall reading a document that was being passed around among aviation administrators (both public and private) which warned that leaving temperature-sensing instruments on airports would result in skewed temperature readings that were too warm to accurately represent the real temperatures in the cities in which large airports were located. The report pointed out that when airports were first sited, the airports were landing strips on grass surfaces serving small piston-driven airplanes. However, over the decades, airports morphed into mass acreages of concrete and asphalt due to the construction of large runways, taxiways, concrete aprons around terminal buildings, and hot gases from large jet engines, huge numbers of automobiles in multi-layer concrete and steel parking ramps, etc. These large regions of concrete and asphalt absorbed the sun’s energy and became considerably hotter than the region surrounding the airports. That report accurately made the case that airports should no longer be official meteorological measuring stations because they had become “heat islands” which were hotter and dryer than the surrounding regions which they served. That report was written long before the advent of the digital age so I doubt it was ever digitized. During a web search, the fourth link was the only one I found which mentioned some of the same conclusions in that report I had read in the 1970s. For “eager beavers” who may want to search the government archives for that report, I believe it was written by either the National Weather Service, the National Oceanic and Atmospheric Administration (NOAA) or a related US federal agency.

It must also be realized that, in an attempt to quantify mankind’s impact on the earth’s weather, modern scientific climate-measuring instruments have only been available for an extremely short slice of the earth’s existence. Our planet could easily have long-term cycles lasting centuries or millennia involving temperature, rainfall and other meteorological factors which mankind is completely unable to either measure or understand. We do need to have some humility about our ability to understand the dynamics of the planet that is our home. Biblical prophecy does indicate that there will be an increase in a variety of harmful weather phenomenon in the “latter days” that will climax our current age. Famines and earthquakes are foretold in Matthew 24:7 and food shortages are prophesied in Revelation 6:5-6. Luke 21:25’s language warns of hurricanes and tsunamis. Revelation 8:6-11 warn of a terrible form of hail as well as impacts into the earth by either meteorites or comets, likely leading to the catastrophic planetary effects foretold in Isaiah 24:1, 4-6, and 18-20, which seem to describe a possible global magnetic pole shift or major tectonic plate movements as well as an earth which is wobbling on its axis (impacts from large meteorites or comets could produce that effect). The Bible does indicate that there will be severe meteorological traumas that will befall the earth in the latter days of our age, but man-made global warming doesn’t appear to be one of those prophesied threats. For thorough documentation that we are living in these biblically-prophesied times, please read my free article, Are We Living in the Biblical Latter Days?

I’d like to thank a reader for alerting me to the outcome of the legal case in British Columbia and sending me two of the cited links in this post.