Global Impact of China Establishing Military Base in Horn of Africa 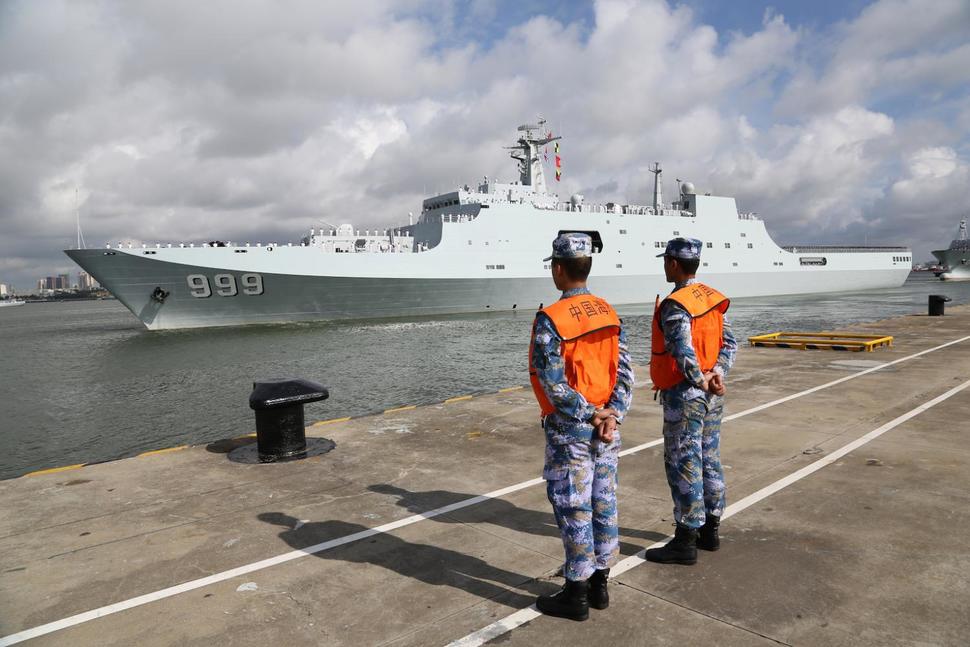 China is becoming steadily more assertive in its determination to become a global superpower. It is now establishing a military base in Djibouti, in the Horn of Africa region (first link and second link). Djibouti is located in a very strategic location. It is at the junction of the Red Sea and the Gulf of Aden, meaning it is being positioned at a location where it can interdict all maritime commerce to or from Egypt’s Suez Canal. This new Chinese base is also located right across a narrow water passageway from the Houthi-dominated portion of the nation of Yemen. I’m sure these two very strategic geographic considerations are not coincidental.

Egypt is aligned with the pro-Western Sunni nations as is Saudi Arabia which is fighting the Houthis in Yemen. The Chinese base will be positioned to distribute military weaponry and supplies to the Iranian-backed Houthi rebels in Yemen as well as to cut off maritime traffic to Egypt’s Suez Canal in any future war or crisis. China is an ally of Iran, and the Iranians have been supplying weapons and provisions to the Houthis so the Houthis can continue their fight against the Saudis and their allies. Iran does not have the power projection capability that China has. Therefore, I suspect China is establishing this base so military supplies can reach the Houthis without such supplies having to travel on Iranian-flagged ships. Given China’s militaristic stance and growing power, it is likely China calculated no one will dare stop and inspect Chinese ships in the region to see if they are bringing supplies to the Shiite-backed Houthis. Make no mistake about it: China is positioning their base to do maximum damage to Egypt and Saudi Arabia in any Shiite vs. Sunni war in the Mideast.

There is another big complication. The USA and France already have military bases in Djibouti as well. The second link notes that China is establishing a “logistics” base in Djibouti and will be located just “miles” from the US base. If you think China is establishing this overseas military base within easy artillery range of a strategically-important US base, then I’m sure someone can find some ocean-side land in Nebraska for you to buy. The term “logistics” sounds innocent, but what it means is that this land base will be stocked with all kinds of supplies and weaponry that can resupply Chinese warships in times of peace or war. I’m sure that this Chinese “logistics” base will also be a transfer location for weaponry and supplies headed to the Houthis in Yemen from Iran and China.

While some media reports indicate that this is China’s first permanent overseas base, it is not entirely that clear-cut. All the artificial islands being created and militarized by China in the South China Sea are technically “overseas bases” as they have been placed in what has long been an international waterway belonging to no nation. As I have also noted in previous posts some time ago, the Pakistani port of Gwadar (located at the Iranian-Pakistani border just outside the Strait of Hormuz) is becoming a huge Pakistani-Chinese development project. Much of the world’s oil supply from the Persian Gulf flows through the very strategic Strait of Hormuz. The third link describes in detail the massive projects connecting the port city of Gwadar to China via overland routes. China is financing the construction of roads, railways, etc. to connect Gwadar to mainland Chinese cities. Gwadar is gradually becoming a de facto overseas extension of China. The fourth link shows maps and photos confirming how massive the Chinese investment in Gwadar truly is.

There is an additional factor in the Chinese establishment of military locations on the eastern side of the Indian Ocean. China and India are rival nations and China’s establishment of bases in the eastern Indian Ocean are clearly pre-planned efforts to encircle India with bases the Chinese military can control. I’m sure India recognizes the danger of China’s threatening positions toward India. Far away from the attention of most global media, a crisis flashpoint has developed between China and India. On the border of a small Himalayan kingdom called Bhutan, thousands of Chinese and Indian troops are arrayed against each other in a border dispute (fifth link). Hopefully, this dispute will not escalate into war, but it has the potential to do so.

China’s militarism has not gone unnoticed. As a response (and warning) to China, the navies of India, Japan and the USA are conducting what may be their largest-ever joint naval exercise in the Indian ocean. The sixth link describes the exercise which will feature an aircraft carrier group from each nation as well as many support ships and many warplanes and military helicopters. Obviously, these allies are drawing close to each other in a military alliance against China and they are preparing their fleets to engage in joint actions against Chinese military assets when called to do so in the future. The final link relates that China is sending ships to the Indian Ocean to monitor these major Japanese-Indian.American war games and it notes that Australia may soon be joining the Indian Ocean alliance of these three allied nations.

As all long-time readers of this blog can see, all the above actions fit perfectly into the prophesied alliances as foretold by Ezekiel 38-39 in the Holy Bible. For decades, my articles have asserted that the biblical prophecies foretold that, in the latter days of our age just prior to the return of Jesus Christ, there would be two major global alliances confronting each other. One, the Gog-Magog alliance, will be led by Russia, China and Iran but will have many other nations aligned with it as well. The second alliance is led by the modern nations of “Israel” or the “house of Israel,” which denotes the modern nations descended from the ten tribes of Israel. These modern Israelite nations lead the Western Alliance and many are in NATO. They also have many allies associated with them. My articles and posts have indicated that I expected, based on Ezekiel 38-39’s prophecy, that North Korea, Belarus, Pakistan and Afghanistan as well as all the ex-Soviet “-stan” nations of Central Asia will all line up with the Gog-Magog alliance and that such nations as Japan, India, South Korea, Taiwan, the Sunni Arab nations, etc. will all be part of the western alliance. Ezekiel 38-39 reveal that a final age-ending war will begin when the Gog-Magog alliance launches a surprise “Pearl-Harbor” like attack on the western alliance. This massive global war will trigger divine intervention (Ezekiel 38:21 states God’s “presence” will come to the earth and God’s heavenly forces will enter the battle in behalf of the Western alliance). Ezekiel 38-39 is a parallel prophecy to such other latter day prophecies as those found in Joel 2, Zechariah 14 and Revelation 19:11-20:5. Modern geopolitics are falling into place exactly as biblical prophecies foretold millennia ago. That these ancient prophecies are being fulfilled so precisely in our time confirms that we are living in the biblical latter days and that there has to be a Divine Creator God guiding world events to make sure his prophecies are fulfilled just as he foretold. In Isaiah 41:21-26 and 46:7-11, God challenges everyone to read his prophecies and watch his ability to fulfill them as proof that he is real and that he inspired the Bible.

For more in-depth examinations of the above topics, please read my articles, The United States in Biblical Prophecy, What Ezekiel 38-39 Reveal about a Future World War III, Are We Living in the Biblical Latter-Days?, and Japan’s Role in Biblical Prophecy as well as my books identifying the modern nations of the ten tribes of Israel. Until people understand who the modern nations of the ten tribes of Israel are in the modern world, they have no hope of understanding latter-day biblical prophecies. If you decide to order and read my books (either printed or E-book format) on Israelite history, you will understand much better what is happening in the modern world.