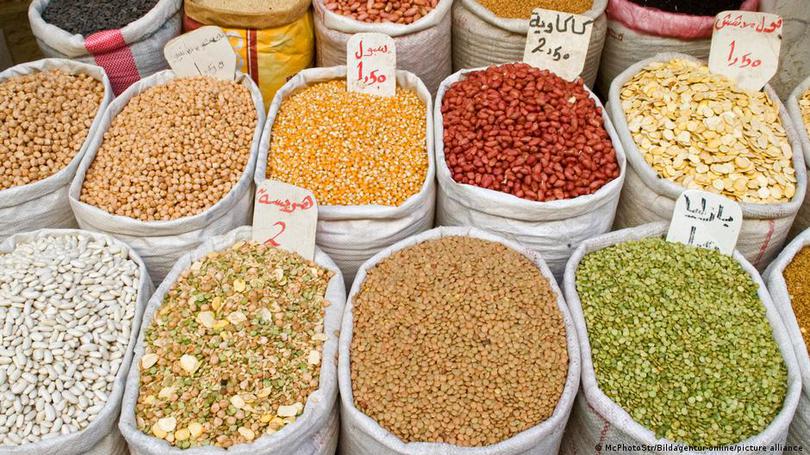 It is now clear that the world faces a real and worsening food shortage which will create a major hunger crisis as it spreads among many nations. There is no escaping it, and I hope all readers of this blog are making preparations to prepare for this crisis. Let’s look at some of the warnings. The first link reports that the list of nations banning food exports to other nations is steadily growing. You will see that it is not just wheat that is being banned from export. Cooking oils, vegetables, corn, etc. are also being banned from export in more nations as those nations have begin to keep their food for their own populations as they prepare for the global food crisis they see coming. Russia’s invasion of the Ukraine is having a massive effect on global wheat and food prices and availability. Russia is preventing the export of Ukrainian wheat via the merchant ships that would normally dock at Black Sea ports, so the Ukrainian wheat stocks are in danger of rotting in the dock storage facilities. The Ukrainian wheat would normally be bound for Egypt and many African and Middle Eastern nations, but those nations will now be without adequate wheat for their people.

The first link has a list of which food products are being banned for export by a growing list of nations. Russia is forcibly stopping the Ukrainians from exporting wheat, but nations now voluntarily banning wheat exports include India, Egypt, Kazakhstan, Kosovo and Serbia. Expect that list to grow as the crisis worsens. The second link mentions the rapidly-escalating food prices being experienced in the USA and the rest of the world, and adds that the cost of fuel used in agriculture to produce food and get it to market is a factor in the rising food inflation costs. It cites an attempt by a Democratic senator to “pooh-pooh” the possibility of food shortages in America, but I think her reassurances are an example of political posturing in an election year instead of dispassionate analysis. Previous posts have documented the severe and worsening water shortages all over the American West and that California’s food production of vegetables, fruits and nuts will drop significantly due to many farmers having their water allocations drastically reduced or cut off altogether. California is opting for major water reductions and the West’s water reservoirs are slowly drying up. At some point, food shortages will be inevitable in the USA if the “megadrought” predicted by climatologists for the American Southwest continues.

Ukraine is trying to get at least some of its wheat to world markets with the help of three NATO nations. The third link and fourth link report that Lithuania, Latvia and Poland are willing to allow Ukraine to ship its wheat from their Baltic Sea ports, but there are major problems in actually doing this. Poland has a different national rail gauge standard than the other nations so Ukrainian wheat being moved via railroads would have to be unloaded from Ukrainian railroad cars and moved to Polish railroad cars and then back again to Lithuanian and Latvian railroad cars to make this happen via the national railway systems. This would obviously be a very slow process. Trucks could drive Ukrainian wheat directly to seaports or railroads in the other nations but trucks can only haul so much via truckload and they have to use expensive gasoline which is in short supply in Europe due to Russian boycotts. Also, Russian military forces are damaging Ukrainian railroads so how much Ukrainian wheat can actually reach world markets via these routes is problematic. However, one has to give credit to Poland, Lithuania and Latvia for trying to help Ukraine at this time of dire national need inside Ukraine.

I will add one more piece of information that I came across quite by accident. I have just returned from a three-day trip to Kansas where I was attending a family event. My youngest daughter, her husband, and I traveled by car so that amounted to 14 hours in a car during those three days [in case you are wondering, my 72 year-old body is definitely sore from the long trip]. While in the Wichita area, I bought the Sunday edition of the Wichita Eagle, and it included a column by J. Ernest Minton, the Dean of the Kansas State University College of Agriculture. In his column about the global wheat crisis, he cited a study by the World Bank that food prices could actually go up by 37%, far higher than current inflationary levels. I tried to find an internet link to his opinion piece, but was unable to locate one that I could include in this post.

There are many indications that the serious and official predictions of a global food crisis should be taken seriously. Readers of this blog who have not yet taken steps to protect themselves and their families from this impending food crisis should no longer delay taking such actions. Assumedly, readers of this website are Christians who believe in the literality of the Bible and its prophecies. Matthew 24:1-7 prophesy that “famines” (severe food shortages) will occur in the latter days of this current age just prior to the return of Jesus Christ, and Revelation 6:5-6 prophesy that food shortages will occur in the latter days and that food will be rationed by price–an appropriate warning of high increases in the price of food. If anyone wonders whether we are actually living in the “latter days” foretold in the Bible, I urge you to read my article, Are We Living in the Biblical Latter Days?. If you do, you should have no doubt that the answer to that question is a resounding “yes.”