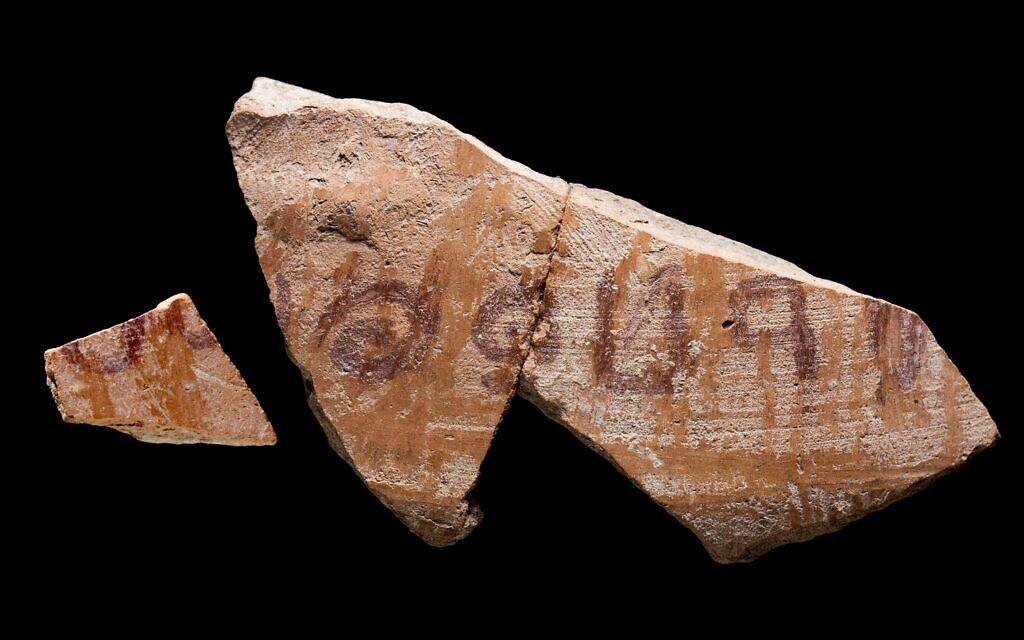 In Israel, archaeologists have made an exciting discovery! An artifact was found with the name of Gideon inscribed upon it. Obviously, it did not say “Gideon” as written in the modern English language. It was inscribed with an ancient language appropriate to the time of the Israelite Judges. The first link relates that the name on the artifact is “Jerubbaal,” a name which the Bible states was given to Gideon by his father after Gideon tore down an altar to the false god, Baal (Judges 6:11-32, 7:1). The second link mentions the inscription is in a language invented circa 4000 years ago by merchants or slaves who were in Egypt. This fits very well with the biblical account, because the Israelites living in the Promised Land during the time of the Judges had, indeed, had forefathers who had been slaves for centuries in ancient Egypt and would have been very familiar with just such a script. The inscription has an alternate possible rendering of the inscription as “Yeruba-al.”

The artifact, a piece of pottery, has been dated, according to the links below, to circa 1100 BC, which is very close to the time the Bible would offer for Gideon’s life. If you have a King James Bible with dates on many chapter headings, you will likely see 1150 BC as the approximate date given for the key events in Gideon’s life. The first link reports that the name, Jerubbaal, literally means the one who tore down Baal’s altar, it is evident that the inscription does refer to Gideon, not someone else who coincidentally bore the same name. Only Gideon tore down Baal’s altar in a well-known way, so that nickname was given to Gideon alone. It is interesting that the fragment of pottery was found southwest of Jerusalem, which would put it in the old tribal territory of Judah or perhaps Simeon. This further confirms the inscription must refer to Gideon. Gideon was a member of the tribe of Manasseh (Judges 6:15), whose territorial allotment was well north of Jerusalem. After Gideon successfully led an Israelite army to defeat a Midianite army and throw off their domination (Judges 8), Gideon would have been famous and honored throughout all of Israel’s tribes. In theory, Gideon could have owned this piece of pottery in ancient times which found its way to Judah’s region, but I think it is more likely that the pottery was inscribed by an unknown ancient person with Gideon’s popular nickname to honor Gideon’s life and/or memory. Gideon judged Israel for 40 years (Judges 8:28), so this pottery could easily have been made by an Israelite of any tribe soon after his death to honor his memory and famous deeds.

While Gideon’s life included tremendous deeds inspired by God strengthening and encouraging him to fight and defeat the Midianites, events in ancient Israel deteriorated badly after his death. Gideon had 70 sons from a variety of wives after his victory over the Midianites (polygamy was common in ancient Israel and other contemporary cultures), and he also had a son via a concubine (Judges 8:30-32). The son of the concubine, Abimelech, was so estranged from his other brothers he arranged an attack which killed 69 of them (Judges 9:1-6). After seizing power for 3 years, Abimelech was himself killed and replaced by a new Judge over Israel named Tola. With the chaos that followed Gideon’s peaceful rule after his death, it is quite understandable that people in all the tribes of Israel would remember Gideon (Jerubbaal) with great respect and would inscribe his name on objects, like the pottery found with his name on it. The first link offers much detail about the discovery and analysis of this artifact with Gideon’s popular name on it, and the second link also mentions other recent archaeological finds which have supported the historicity of the biblical narratives.

The third link offers another perspective about this discovery, but it adds that this discovery further discredits the arguments of the “minimalists” who teach that the Bible’s narratives and accounts are just mythological and that biblical personalities didn’t really exist. Archaeological discoveries in ancient Israel have shown just the opposite–that the biblical accounts are historically accurate and believable and that the biblical personalities really did exist. These discoveries have buttressed the belief that the Bible’s accounts are historically accurate, and this further argues that the Bible’s accounts could only have been written and preserved under the direct inspiration of God.

One commentary that I’d like to add to this post regards Gideon’s tribal ethnicity. The book of Judges relates he was from the tribe of Manasseh. As readers of my books already know, the ten tribes of Israel which formed the northern kingdom of ancient Israel were exiled from the Promised Land in the eighth century BC, and they took their own migrational paths through history to their modern locations. The tribes of Manasseh and Ephraim were the inheritors of the “birthright” blessings which destined them to be the most prosperous and blessed of the world’s nations. My books trace the migrational paths of all the so-called “lost” tribes of Israel and it also locates them among the nations of the modern world. Both the Old and New Testaments affirm that all the tribes will be present on the earth in the latter days of our age (Genesis 49, Revelation 7:1-8), and Genesis 49 offers prophetic clues about how to locate them in our modern time. Some clues are very clear while others are cryptic, but my books offer identifications for each tribe in the modern world. Gideon’s tribe of Manasseh is very germane to this topic as my books identify the modern tribe of Manasseh to be the United States of America. There are abundant reasons to make this identification from both biblical prophecy and secular history, and the key points which affirm this linkage can be found in my article, The United States of America in Biblical Prophecy. Since Gideon led a successful ancient rebellion vs. oppressors, he had the same spirit which was again manifested by the founding fathers of the USA, who successfully led a rebellion vs. the powerful British Empire to form the United States of America.

Those who wish to learn the actual history of the ten tribes after their exile from the Promised Land can see that history revealed and documented in my books available at the home page of this website. The complete history of the Israelite peoples from the time of the patriarchs until now is found in my 4-book set, and a somewhat shorter history is found in my E-book, The “Lost” Ten Tribes of Israel…Found!, which covers the history of the Israelite tribes from the time of King David to the present. In either option, you will see that the narratives and prophecies of the Bible concerning Israel’s tribes are in full agreement with secular historical accounts about them.