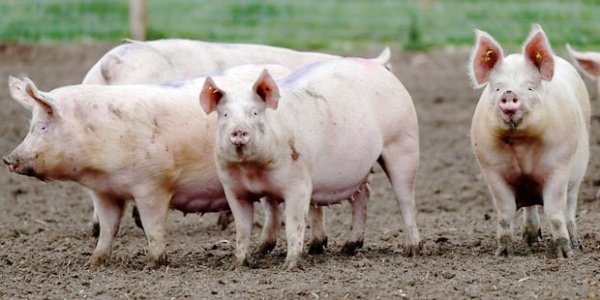 This post is to bring to readers’ attention the extent to which scientific experiments are altering the definition of life and life-forms as well as to offer what I think are clear biblical ramifications of these experiments. The first link offers details about a macabre experiment in which scientists kept the decapitated head of a pig “alive” for 36 hours apart from its body. We are assured that the pig’s head was not conscious, but how do they truly know there was not some measure of consciousness if the pig’s disembodied brain was deemed to be “alive?” More media articles about this experiment can be accessed at the second link.

The stated goals of this experiment have some justification in the scientists’ views, but I think many people will be horrified that such “experiments” are being conducted at all. Where are the objections of the groups which oppose cruelty to animals on this matter? We are assured by one scientist in the first link that this “research was unlikely to be replicated in humans (emphasis added).” Unlikely? In other words, it is not impossible that such grisly experiments will be done on human beings. The link informs us that approximately 100 such experiments have been done on pig brains and that guinea pigs have been used as well.

Pig organ and tissue experiments apparently are the surrogates for human organ and tissue experiments at present. The third link reports that “pig-to-human organ transplant clinical trials could happen in as little as two years,” and describes how CRISPR DNA/genome modification tools are being used in these types of experiments. The fourth link adds that organs for transplant into humans can be “grown” in sheep as well as pigs, and that types of human-animal chimera species experiments are already in progress. The fourth link mentions that there are concerns about putting human tissues into animals. The worry is about whether such activities will be “humanizing animals” and whether there will be “effects on their cognitive abilities.” In other words, will bioengineered animals take on some human cognitive abilities if human tissues are inserted into them.? How could this happen unless human brain tissue is being transplanted into animal brains? Could scientists be attempting to also transplant AI (Artificial Intelligence) capabilities into animal brains?

This all sounds like some science-fiction variant of a Dr. Frankenstein movie, but these things are actually happening. These kinds of bizarre scientific activities also have Biblical ramifications. That this kind of technological madness can even be performed fulfills the biblical prophecy in Daniel 12:1-4 that there would be a knowledge explosion in the latter days of our age. Jesus Christ also prophesied in Matthew 24:37 that the latter days of our age just prior to his return would be a mirror image of Noah’s pre-Flood world–which God saw as so corrupted that he had to destroy it and start over again with life on the earth. That also means that the pre-Flood world had to be a high-tech society like our own. Even after the Flood, mankind–when it still had the pre-Flood language in common–was so quickly rebuilding the high-tech world of the pre-Flood civilization that God noted they had reached a tipping point of knowledge that “nothing would be restrained from them” (Genesis 11:6). To stop mankind’s quick restoration of a high-tech civilization on earth, God confused the languages of mankind’s nascent nations and none of them could any longer speak the pre-Flood language–cutting them off from pre-Flood knowledge and making all mankind illiterate.

The Bible offers little information about the pre-Flood world, but it does indicate that it had a sophisticated division-of-labor society. Genesis 4:19-22 reveals pre-Flood society had full-time musicians, metallurgists, and animal-breeders. In other words, they had symphonies, factories, and agribusiness industries. They were not knuckle-draggers. The non-canonical book of Jasher reveals more about the pre-Flood world. Jasher was once a canonical book in ancient times as it is mentioned in Judges 10:13 and II Samuel 1:18, but portions of that book now available to us clearly have spurious information added to the earlier version of the book mentioned in the Bible. Jasher 2:13 indicates the pre-Flood world had a written language,  and Jasher 4:18 adds that that pre-Flood mankind “taught the mixture of animals of one species with the other.” In order to do that, they had to have all the technologies modern mankind has in order to map DNA and the genomes of species, make lab-created chimeras, etc. That verse also adds that “all men and all animals” had corrupted God’s way on the earth. Both Jasher and Genesis record Noah and his family were the only people who had not yet been so corrupted. Jasher 4:18 more than hints that the mixing of animal species had spread to mixing humans with animal DNA in the pre-Flood world. Both Jasher 4 and Genesis 6 agree that this making of chimera creatures so provoked the Creator to anger that he decided to annihilate the life-forms then extant on earth. One could assert that God, as Creator, took this action because virtually all the life forms on earth had become “unauthorized” chimera life-forms to one extent or another.

Did pre-Flood mankind also create human-animal chimeras by “growing” human organs inside pigs or other animals to extend human lives or “enhance” human abilities? This brings up a host of moral issues, a few of which I’ll mention. In the Bible, God always regards pigs and other unclean animals as unsuitable for ingestion inside human beings (Leviticus 11). If God forbids humans to ingest the flesh of unclean animals into their bodies, does he also regard humans as “unclean” if they have pig organs inserted into their bodies? Indeed, will God even accept such people as humans any longer if their organs are part unclean animal organs? I won’t answer for God, but I’ll bet he is not pleased with this development. Jasher 4:18 and Genesis 6 argue the answer is that mankind is provoking God to dire intervention when such a tipping point is reached that chimera species are possible. It seems evident that modern mankind is reaching (or has passed) the tipping point where God previously began to make plans to intervene with extreme prejudice to eliminate all chimera species on his earth by sending the Flood of Noah’s time. Since God does not change (Malachi 3:6), this should give us a warning about the direction in which mankind is now heading.

I’ll leave readers with a final, and rather grim, observation. These links reveal only what scientists and medical experimenters are willing to release to the general public about the extent of their genetic manipulation activities. It is my view that with virtually every cutting-edge technology, the real state of advancement is far greater than what is being admitted to the general public. Which leaves us with this question: Just how far have scientists gone with chimera-species creations and animal-human experiments in secret labs to which the media is never allowed access? The answer to that question might scare us all.