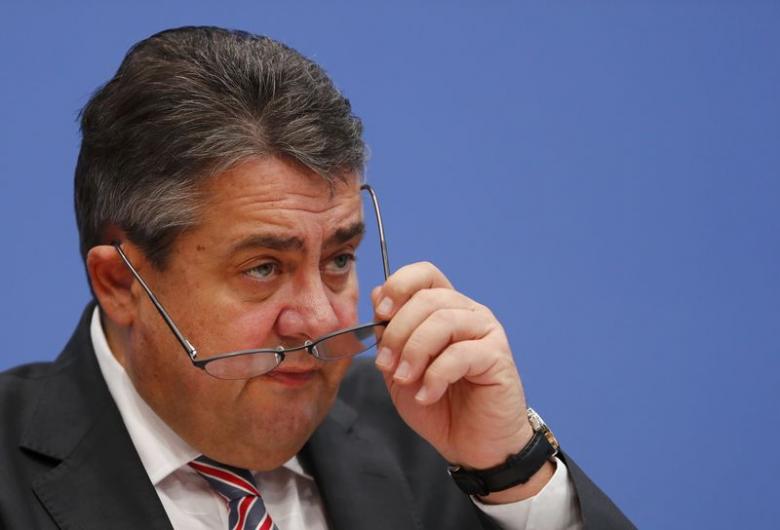 [From blog administrator: Steven Collins’ email service is still only intermittent at best as his ISP battles to fix a systemic failure.]

In a story that I’m sure was little-noticed by Americans, Germany’s Vice Chancellor Sigmar Gabriel warned that “a break-up of the European Union is no longer inconceivable (first link).” Vice-Chancellor Gabriel’s warning cited Germany’s rather-harsh insistence on austerity budgets for southern European EU members who do not live by Germany’s budgetary discipline. His warning related to the possibility that Germany’s budgetary demands upon France could, for instance, lead to a revolt among French voters who might then elect The National Front’s Marine Le Pen as their next head-of-state. Le Pen is very anti-EU and would likely call for a French referendum on whether to leave the EU akin to the British Brexit vote to leave the EU if she is elected.

I think Herr Gabriel is right in warning about a possibility of an EU break-up occurring, but I think the economic issues he cited are now only secondary compared to the to the primary threat that could cause the breakup of the EU. The primary threat, I believe, is the tidal wave of Islamic migrants pouring into Europe and taking advantage of the EU’s overly-liberal Schengen immigration movement laws to spread throughout EU nations. Acts of terrorism and criminal acts committed by Islamic immigrants could cause a buildup of such stress inside the EU that many nations may decide to leave the EU if something is not done to quickly halt the tide of Islamic immigrants coming into Europe. While Switzerland is not technically a member of the EU, its banking community is very international in nature and it is located in the central heartland of Europe. The second link notes that the Swiss are taking a very hard-line against Islamic immigrants who refuse to conform to Swiss culture. Switzerland is essentially hanging out the “unwelcome” sign to all Islamic immigrants who think that they will be able to impose Islamic standards upon their Swiss hosts. I suspect that many other European nations would like to do the same thing, but are constrained from doing so openly due to internal EU policies.

This blog has been warning for some time that the EU could disintegrate in a future crisis, triggering a major European political crisis and a global financial crisis of epic proportions as the Euro currency is very likely to also collapse if the EU disintegrates. As I have warned before, there are so many global bonds, trade agreements, derivatives and financial mark transactions of all kinds that are now denominated in Euros that would all be in jeopardy if the Euro itself disintegrates or is abandoned by its member Eurozone nations. Such a disintegration of the EU and Euro could occur very quickly in a major political crisis, and this could help trigger the fulfillment of the prophecy in Revelation 17-18 because the Euro is such an integral part of the underpinnings of the global financial system. I’m not specifically predicting a  EU/Euro breakup will be the specific trigger which fulfills the prophecy in Revelation 17-18 about a sudden global financial/monetary collapse in the latter days of our age, but it is one more possible trigger that could suddenly fulfill that prophecy without warning. Given the importance of the EU and the Euro to the survival of the global financial system, I wanted readers to be aware of this danger and that it is now so real a possibility that the German Vice Chancellor has warned about it as well.