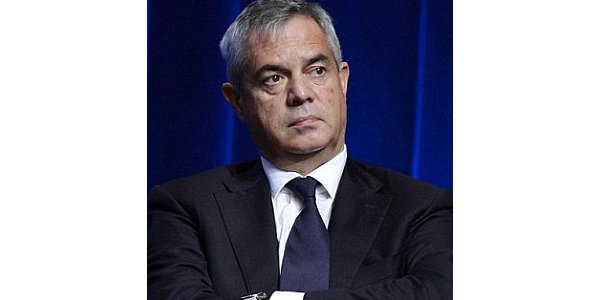 France is on the verge of a ‘civil war’ which could be sparked by the mass sexual assault of women by migrants similar to the one seen in Cologne on New Year’s Eve, intelligence chief Patrick Calvar says

Here in America, our media is focused almost entirely on the US presidential race, but very important trends are occurring around the world that could jeopardize peace and create wars and civil strife that could spread quickly like wildfire. There was little reporting in our American press that the Security Chief of France warned his national leaders that France was on the brink of “civil war” due to the spread of Islamic terrorist attacks inside that nation. That is a very serious warning, and I’m sure he did not issue it lightly. Imagine the reaction inside the USA if such a warning was given by the head of the FBI or Homeland Security Department re: US internal affairs.

The first and second links offer details about the French Security Chief’s grim warning. The first link cites the major terrorist attacks by Islamic migrants in recent months inside France, and warns that “confrontation [between extremist groups] is inevitable.” He warns that a backlash against Islamic terrorist immigrants could result in attacks by rightists against mosques and synagogues. I have a hard time seeing why anyone would attack synagogues in reaction to attacks by Islamic terrorists as they do not emanate from synagogues at all. The first link also cites the warning of a former head of the British MI6 security agency that there is a danger “of a populist uprising [in Europe] if its governments do not take control of the migrant crisis.” The dangers of spontaneous clashes erupting over the attacks perpetrated by Islamic terrorists who hide amidst the wave of Islamic migrants is not limited to France. The first link also cites the mass sexual assaults by Muslim men against German women during New Year’s Day celebrations as another kind of event that could trigger a civil eruption. The second link echoes the warnings contained in the first link, and reports that the French Security Chief’s warning was given in an internal French anti-government meeting and that it was leaked to the public. He also warned that Islamic terrorists are likely to increase the firepower of their attacks by using “booby-trapped cars and bombs.” We have all been horrified at the complete indifference to human life displayed by the terrorists as evidenced by the truck driver who ran over and hit hundreds of people who were in the French Riviera city of Nice for Bastille Day celebrations (third link). The final death total from that terrorist attack is apparently 84 people with hundreds more wounded to various degrees. Terrorists have also staged several mass attacks inside Germany recently (fourth link) so the risks of civil eruptions is hardly limited to France.

One reason why terrorists have such an easy time traveling around the European continent is the Schengen Agreement permitting border-less travel that applies to EU nations. The wave of Islamic migrants streaming into Europe from all over the Islamic world has strained the liberal EU travel agreement and many nations have acted almost as if it didn’t exist as they fortify their borders against more immigrants “invading” their nations’ territories. The recent “coup” attempt in Turkey is going to add much more strain to the EU nations as the EU had been trying to implement a liberal travel policy for Turkish passport holders inside all EU nations. Turkey’s leader Erdogan’s reaction to that coup has been to take widespread reprisals against not only those allegedly involved in the coup but against all his political opponents as well. As Turkey slides further into becoming an Islamist dictatorship under Erdogan, expect the planned liberal travel rights for Turkish citizens to be a casualty of Erdogan’s harsh reprisals. Indeed, if Erdogan succeeds in making Turkey an Islamist dictatorship, the chances of Turkey entering the EU will likely drop to zero as Europe’s secular democracies will not want an Islamist dictatorship joining the EU. Indeed, it even calls into question whether Turkey can stay in NATO as Turkey became a member of NATO when it was a secular Islamic nation founded on the principles of Ataturk.

The final link offers a nation-by-nation analysis of which nations may also seek to have referendums to leave the EU as the United Kingdom did recently in its Brexit vote. However, that analysis was written before additional terrorist attacks had occurred within Europe, and each new terrorist attack makes more people willing to blame the EU policies for letting Islamic terrorists into European nations. The USA , before September 11, 2001, could not have imagined that two of their iconic national structures, the Twin Trade Towers of New York City, could be brought down with mass deaths in the process. What do you think will be the reaction inside European nations if some of the iconic national museums, palaces, cathedrals and ancient structures that are vital tourist attractions are brought down in future Islamic terrorist attacks? The populist demands for revenge will be irresistible. Military action would likely be unleashed by Europe’s nations against some of the nations harboring terrorists, and something close to “civil war” could break out in some nations as populist reprisals run wild which cannot be contained by police forces.

We are entering very dangerous times. The fact that a French Security Chief warned his government of a possible civil war inside France (which leaked out to the public) confirms that, behind closed doors, national governments are very fearful of what may come and what they can or should do about it. Each new terrorist attack inside France, in my opinion, increases the likelihood that the next French government will be led by the rightist National Front, which is both anti-EU and anti-immigrant.

Many Christian churches and organizations that follow biblical prophecy expect that a major upheaval inside Europe will eventually lead to the arrival of the beast and false prophet, political and religious leaders who will lead the final “beast” system which is prophesied to develop at the end of our age. I will add that the growing upheavals and political reactions inside Europe could also help lead to the collapse of the current global “insider” system called Babylon the Great in Revelation 17-18. It is possible that a truly major terrorist attack inside Europe could lead to the sudden collapse of the EU and the Euro currency as European nations turn their backs on the EU, blaming it for the deaths and destructions of any future coordinated mass terrorist attacks. Imagine what a sudden collapse of the EU and Europe would do to the world banking and currency markets as well as the entire global derivatives market as all derivatives to which the EU was a party suddenly become worthless and counter-party risks and contractual collapses cascade all over the global derivatives markets? As terrorist attacks become more numerous and random all over the world, Paul’s prophecy in II Timothy 3:1 that “perilous times” would characterize the latter days of our age is also becoming increasingly true.

Do you think a truly catastrophic terrorist attack inside Europe that destroys major European landmark buildings and kills thousands of people can’t happen there? On September 10, 2001, we Americans thought it “couldn’t happen here.” One day changed everything. As an American, I can remember when our sense of complacency and normalcy died on September 11, 2001. A truly major terrorist attack inside Europe could change everything in a single day on that continent as well. In a state of populist ferment and with desires for revenge and national actions reaching a fever pitch, who knows what the results could be? Those results could lead to biblical prophetic fulfillments so we need to watch the increasingly violent situation inside Europe. We now know the French Security Chief told his nation’s leaders behind closed doors that a “civil war” was possible inside France. I wonder what security chiefs all over Europe are privately telling their national leaders behind closed doors?