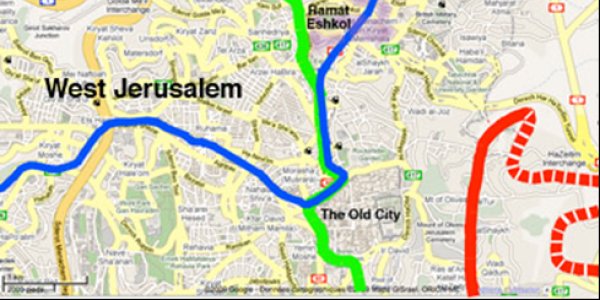 In a story which has been very widely ignored or suppressed by the world’s media, a French court handed a major legal victory to the Israelis and just as large a defeat to the Palestinians. In a case involving a light-rail project in Israel, a French Appeal Court in Versailles, France has ruled that it is Israel, not the Palestinians/PLO, who is the “legal occupant of the West Bank” (commonly called Palestine in the world media but called “Judea and Samaria” in the Israeli press).

I’m not a lawyer, but the heart of this ruling goes to the very essence of the Israeli-Palestinian situation. The French court ruled that the Palestinians/PLO, who filed the legal case, had no legal standing to come before the court because the Palestinians/PLO “are not a state.” This leaves the Israelis as the “state” which has legal authority over the West Bank. The links below include overlapping links to the same material, but I am including them to show that a Canadian and an Israeli website have repeated what the French link reported on this case. Please note that there is a notice on the cited French link which states that the written materiel is copyrighted and any use of it should give attribution and credit to “Copyright Jean-Patrick Grumberg for www.Dreuz.info.” I am making mention of that in this post so anyone who forwards this post to others will do so with the proper attribution to the original writer of the cited story included.

The importance of this ruling can scarcely be overstated. This court ruling undermines the claim of the Palestinians that they have sovereignty over/control of the West Bank region so often called Palestine in world media reports. It’s effect, in my view, is that it affirms the legal right of Israel to exercise control of the region in a wide variety of matters such as settlement building, military defense, law enforcement, economic and travel rules, etc. This is a remarkable ruling! No wonder that the world’s traditionally anti-Israeli media doesn’t want to publicize it.

From a biblical perspective, the ruling is supported by the prophecy in Zephaniah 2:1-11 that the Jews (“Judah”) will have a homeland in the former Promised Land at the end of this age. This prophecy cites God as the One giving this homeland to the Jews and verse 8 cites God as saying he has noticed that the neighboring peoples of the modern nation of Judah (called “Israel” in today’s secular terminology) have “magnified themselves against their border” (i.e. disputed where the boundaries should be or challenging Judah’s sovereignty over the land). I’m sure the French court did not realize it, but in their ruling, they were affirming the content of God’s decree concerning sovereignty over the Holy Land in Zephaniah 2.

My thanks to an alert reader who tipped me off to this story!