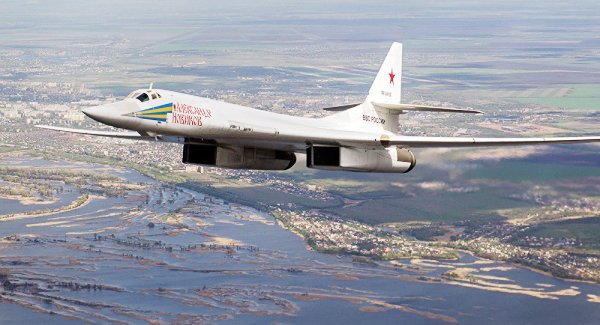 As readers surely know from the American and global media, France and Russia are hitting ISIS targets in Syria very hard after Paris was hit in six locations by terrorists and after Russia concluded that an ISIS bomb did bring down the Russian airliner after it took off from an Egyptian airport. The French air attacks dropped bombs on the ISIS “capital” at Raqqa, Syria while Russian attacks have been more widespread. Russia’s attacks have been very intense and are sending a message to all Mideast (and world nations) that Russia is “back” as a military power and that it will use its military to defend and advance Russian policy goals and national interests.

The first link reports that Russian heavy bombers launched 34 cruise missiles at ISIS targets all across Syria, and that Russia has devoted ten military satellites to guide Russian attacks vs. ISIS targets in the Mideast. It also adds that Russia is deploying strategic bombers and other warplanes to the continuing war vs. ISIS. It wasn’t clear if these strategic heavy bombers would be deployed to airbases in Syria or would launch their missions from Russian airbases. The second link and third link report that Russia also launched missiles at ISIS targets from Russian naval ships in the Mediterranean Sea. We are not told the number of missiles Russian ships launched, but it is reported to be “significant.” The fourth link adds more information about the French and Russian attacks vs. ISIS, and details the ridiculous restraints that President Obama has placed on US military forces which prevent them from making truly effective strikes vs. ISIS targets. Retired General, Jack Keane, the former Vice Chief of Staff of the US Army, reveals how Obama’s “rules of engagement” limit the US military so they can’t really wage an effective war vs. ISIS. Notice that the link also mentions the US has flown 8,243 air sorties against ISIS in Iraq and Syria (We will soon examine the evidence that most of these air sorties represent “bogus” air strikes that did nothing at all to hurt ISIS). Backed by effective Russian air strikes, Assad’s Syrian army has been advancing vs. ISIS. One of the links mentions Assad’s forces have retaken 40 towns and many square miles of territory from ISIS and other rebel forces, and the fifth link has a report from Russian media sources on the ground soon after a major Syrian air base that had been surrounded by ISIS/rebel forces was rescued.

The sixth link has some amazing information that I believe few Americans realize. It reports that “Nearly 75 percent of US bombing runs targeting the Islamic State in Iraq and Syria returned to base without firing any weapons in the first four months of 2015 (emphasis added).” Specifically it adds that of 7,319 air sorties flown in that period of time, only 1,859 of the air sorties “had at least one weapons release.” In other words, 5,460 of the US air strikes flown in that period of time accomplished nothing at all! Overwhelmingly, US warplanes just flew around and returned to base without releasing a single bomb or firing a single bullet. Has that been true of all the months of the “war on ISIS?” These useless flights count as “air sorties,” but they are not actual war missions. The last link also reports on this deceptive use of statistics and terminology by the Obama administration to give the impression that it is fighting a serious war vs. ISIS when, in fact, it is not. The Obama administration reports “air sorties” vs. ISIS to the public and the public thinks that these are all actual “air strikes” when 3/4ths of them are not combat missions at all. The last link also includes the statement that as a result of this sleight-of-hand with statistics and terminology, and the lack of effective air strikes, “…the US is fighting a phony war against ISIS.” Indeed.

We Americans have been duped. The Obama administration is pretending to fight a war vs. ISIS when it is actually doing very little. Only 1/4th of the air sorties ever release any weapons (drop a bomb or fire a bullet), and, of these few times when US warplanes actually release any weapons, we are not told how often they hit anything. How often do they hit nothing but desert sand? Indeed, if the US had been conducting a serious air war vs ISIS, the huge number of American “air sorties” would have destroyed all ISIS targets by now. The French and Russians would have no ISIS targets to hit if the US had been doing serious targeting vs. important ISIS targets. I’ll bet the ISIS forces are shocked at the effect of the French and Russian air strikes. The US military flights must have been a joke to ISIS forces as they realized that few US warplanes ever dropped any bombs or fired off a strafing run. They are now learning, at the hands of France and Russia, that some nations are serious about waging war against them, and intend to wipe them out. That Russia is tasking ten satellites to find every useful ISIS target in Syria and Iraq indicates to me that Russia is deadly serious about “wiping ISIS off the map.” France wants revenge and is hitting high-value ISIS targets as well. I recall when the US air force was bombing targets in northern Iraq and Syria and their targets were often reported as being ISIS “fighting positions.” In other words, a “fighting position” could merely be a couple of Jihadis reading ISIS propaganda in a foxhole or positioned behind a wall somewhere holding AK-47s or having breakfast.

Russia has a fiercely pro-Russian leader who isn’t afraid of using military power to wage serious warfare. I wish the USA had a fiercely pro-American leader who wasn’t afraid to use military power to wage serious warfare. Obama clearly isn’t such a leader. Under Obama, US warplanes mostly just fly in circles over Iraq and Syria and do absolutely nothing in the “war on ISIS” while the Obama administration pretends that “air sorties” equal “air strikes.” ISIS is a cancer that needs to be eliminated. As far as I’m concerned, my attitude is “Go, Putin, Go!” and my attitude toward the French air strikes is “give ’em hell!”

I hope the USA never again elects as its president a person who likely didn’t even know how to sight in a BB gun when he became commander-in-chief of the world’s largest military force. Indeed, I wonder if Obama ever had fired a gun in his life when he became president. Everyone should also be asking the question: Given the depths of evil displayed by ISIS in its beheadings and crucifixions of captives, its brutal treatment of everyone, its terrorist attacks, etc., why hasn’t Obama and his administration had any real determination or interest in waging a real war against them? I find that a very troubling question. So should you.