Fitness Tracking Devices Locate US Military Ops Around the World 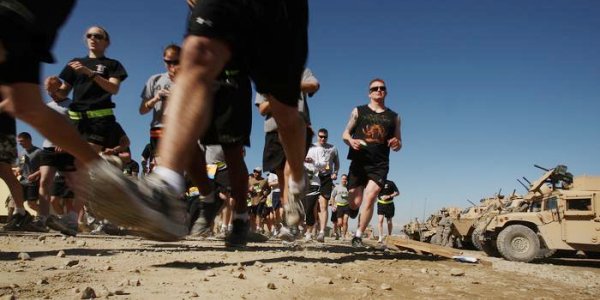 In another example of how risky seemingly-innocuous digital devices can be, as simple a thing as fitness tracker apps used by, apparently, lots of US military personnel, have been hacked and its globally-mapped results identify the parts of the world where US military people are stationed, assigned or clandestinely infiltrated. A map of the global locations of users of Strava, Fitbit and other such apps reveals just how easy it is to identify US military operations all over the planet (and those of any nations having these digital devices on their bodies or in their luggage). I was flabbergasted yesterday when I watched a major cable-TV news network showing the global map of all US military (or, perhaps) covert personnel all over the world. There were some major surprises in that map.

The American media locations that I checked today had highly-sanitized versions of the original report I saw on the TV. All the maps I’d seen on the cable-TV report on this topic were scrubbed from the stories. I did find some references in foreign media that identified some of the information I saw on the cable-TV report. The first link, from the German media, mentions that it understandably shows high levels of the use of these devices in Afghanistan, Iraq, Northern Syria, and Niger. The second link, from the British media, mentions tracking users of these apps in Syria, Russia and Turkey, and adds the maps were based on “3 trillion GPS points” of the users of these fitness apps.

It should be noted that not all foreign nodes of activity showed on these maps necessarily denote secret operations. Some of these points may have been generated by US Marine guards or diplomatic personnel assigned to US embassies and consulates all over the world. Some may be generated by protective personnel hired by NGOs in sensitive or dangerous locations, and some may be generated by protective details assigned to US State Department or other dignitaries traveling abroad.

However, I did find one global “heat map” of the global locations of all these fitness tracker devices at a USA Today link (third link). As of when I am writing this post, the global map reveals some unsurprising information: that US personnel are heavily-present in NATO and other allied nations. However, the link mentions the map identified the location of a “suspected CIA base” in Mogadishu, Somalia, a pattern of heavy activity in the part of Taiwan that faces China, etc. It also showed a detail that leaped out at me. It showed many hits on this map within the nation of Iran. Perhaps these are generated by joggers accompanying inspection teams inside Iran under the strange agreement with Iran negotiated by the Obama administration. However, it could also identify where covert US teams (or from other nations) are located inside Iran to monitor “secret” Iranian nuclear and missile program facilities. It has been discussed in many media articles that the USA, under President Bush, had “rendition” camps all over the world where suspected terrorists or “people of interest” were kept incognito outside any US legal framework. If there are still any such rendition or detention camps around the world (other than the known one at Gitmo, Cuba), this map might reveal their locations. Since this global map has been on the Internet or on media TV channels for about two days, I am mentioning this story on my blog. You can check the partial map of the world posted on the last link of this story (if it remains as of the time you read this post) to check out locations of interest to you.

Since it has been out on global media, all this information is surely being extensively analyzed by intelligence agencies all over the world. I do hope the US government has, by now, removed all US personnel from sensitive locations where their whereabouts should not be known. I’m no intelligence analyst, but I’ll bet all intelligence agencies around the world downloaded this map as soon as it was posted on the internet to see what they could glean from it. The map may reveal the sites of secret Iranian military bases and production/research facilities which really aren’t so “secret” after all. Also, some thought-to-be secret facilities that show up on this map may not have had US or other national users of this fitness app at those locations at the time this map was released. Nations may have had key infiltration personnel at those locations for just a very short time in the past. Why, you ask? They would only need to be there long enough to create a GPS up-link for satellite reconnaissance purposes or for inputting those GPS coordinates into ballistic or cruise missiles that are now targeted at those facilities. I’m sure some of those who got the entire world maps generated by these fitness trackers (I don’t have them) are poring over them to see what sites in North Korea, China, Iran, Russia and other non-friendly nations were “lit up” on the map. Remember this key point: The points of light on this global map do not have to be from US military or intelligence personnel. They could belong to the personnel from any nation that bought those fitness tracker apps. This could account for the extremely heavy presence of their use in NATO and allied nations all over the globe. Other NATO or allied nations may have their personnel using them too.

Why would any US military or covert personnel be allowed to bring fitness trackers where they are assigned around the world? How could this data release not have been foreseen? Not only may it reveal secret ops, but it also can be used to hack into individual fitness app locators. For example, if someone wanted to assassinate or kidnap a key US official, he/she could be tracked and targeted for an operation using their “live” fitness tracker feed to a satellite.  These fitness apps ought to be forbidden to all US overseas personnel, to say the least. Maybe no one should be allowed to have them. Corporations also need to also remove these digital devices from their key personnel to avoid them being kidnapped for ransom, or picked up and interrogated by hostile entities of any kind. The risks of these apps are legion. Anyone can be tracked via these devices. Perhaps they should be banned.

I think this data release should make everyone realize what by now should be obvious to all: Anything that is digitally-generated or transmitted can be tracked, hacked, catalogued and monitored. That applies to all your digital phones, smart devices and computers as well.