First Human Head Transplant to Be Performed in China 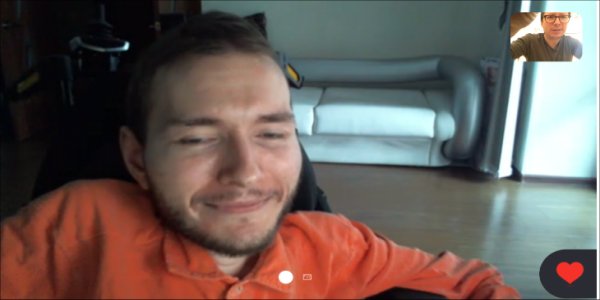 I came across a creepy media report that I thought readers should know about as it illustrates how divorced from all ethical considerations modern technology has become. It also has biblical implications.

The first link and second link report that the first human head transplant will be performed in China very soon, perhaps within days. The surgery will amputate the head of a brain-dead person from his body and the head of a living person will be transplanted atop the headless body. All arteries, nerves, bones, tissues, etc. will be reattached in the hopes that this first “hybrid” human being can actually live. According to the first link, this procedure has already been performed on a variety of mice and dogs and on at least one human cadaver (more on this in the third link). The USA and Europe would not allow this surgery to be performed on their soil, but China had no ethical problems with it.

Allow me to offer a suggestion re: the macabre direction this surgery may be headed. If medicine can “perfect” this surgery, the globalist elites that generally control the nations or the ultra-rich will be able to perhaps purchase some kind of engineered “eternal life” by simply transplanting their heads/brains on to an ever-new supply of headless donor bodies. There are some grave practical problems with this concept. As I’ve noted in previous posts, the medical profession has noticed that people who have received heart transplants often develop new personality characteristics that belonged to the donor body’s heart (fourth link and fifth link). Consider how this transference of a donor body’s personality to a recipient body could be much greater if you transplant the entire body of a recipient to a mere head of the recipient person. We often refer to a person’s “heart” on a matter as opposed to one’s logical/cerebral approach to a matter. For example, a person may have an expensive “heart’s desire,” but one’s brain tells the heart that it is out of reach financially. The expression ”acting on one’s gut feeling” is also well known–where someone can sense or realize something due to intangibles the brain cannot see. The Bible has many references that one’s mind (brain), heart, bowels (gut), etc. have different roles in forming one’s overall personality. References to one’s heart moving a person are so numerous in the Bible that you can consult a concordance for many references. The “bowels” (or “gut” feelings”) of a person are cited in Genesis 43:30, Song of Solomon 5:4, Philippians 2:1, etc. Psalm 22:14 is an example of one’s heart and bowels being the seat of one’s emotions. If any surgery is successful in uniting a head from one person onto the body of another person, the result may be a very mixed-up version of the two original people.

Does anyone else find this entire surgical experiment to be as creepy as I regard it to be? It is another example of our technology advancing while being disconnected from moral and ethical considerations. Daniel 12:1-4 included a prophecy that knowledge would “increase” in the latter days of our age, but the Hebrew word cited actually means that an exponential increase in knowledge will occur in the latter days–a knowledge explosion–which is exactly what we are experiencing. The Hebrew word translated “increased” in Daniel 12:4 is also used in Genesis 7:17 to describe how the waters of the Deluge of Noah’s time “increased” upon the earth’s surface–in other words, an exponential increase in the amount of water on the earth’s surface. Jesus Christ prophesied in Matthew 24:37 that the time on earth just prior to his Second Coming would be a mirror image to the pre-Flood world of Noah. Combining Daniel 12:4 with Matthew 24:37 indicates that the pre-Flood world of Noah was also a time when there was an exponential increase in mankind’s technological knowledge. The Bible infers the pre-Flood world had a very high level of technology as Genesis 4:20-22 shows the pre-Flood society was no hunter-gatherer society at all. It was sufficiently advanced that it had a sophisticated division of labor society: there were people dedicated to agriculture (farmers and ranchers), musicians (orchestras and professional live entertainers), and metallurgists (factories where metal alloys were being developed).

While the book of Jasher is mentioned twice in the Bible as a valid ancient canonical book (Joshua 10:13, II Samuel 1:18), it is not in our modern canonized Bible. I believe the reason is that while portions of Jasher are very consistent with and complementary to the Bible, other portions are clearly spurious. My own opinion is that it seems accurate up to the time of Moses when it begins to depart from biblical assertions and contexts. Jasher 4:18-19 states that, in the pre-Flood world, people “taught the mixing of animals of one species with another,” and that doing this greatly angered the Creator God so mightily he decided to send the Flood and kill off a corrupted mankind from the face of his earth. To do interspecies mixing, the pre-Flood society had to have the same technologies used today to do DNA-transplants, map the entire genomes of species, create chimera species by mixing the DNA of one species with another, etc. In other words, we are doing the same thing now in our modern society that provoked the Creator God to obliterate the pre-Flood society. This gives new meaning to Matthew 24:37, doesn’t it? Indeed, God does not change (Malachi 3:6), so God can be expected to have the same reaction to our society as he had to the pre-Flood society. Malachi 4:5-6 foretells that God will be close to cursing planet earth due to its sins as our modern age draws to its close. This gives a new possibility to Matthew 24:22’s prophecy that “except those days [the latter days] should be shortened, there should no flesh be saved…” As mankind’s knowledge leads it further from God’s original laws and norms, it angers the Creator God just as he was angered by mankind in the pre-Flood world. While Christians (including me) have tended to look at nuclear war, bio-weapons and other weapons of mass destruction as being the means whereby latter-day mankind could destroy all life on planet earth, Malachi 4:5-6 reminds us that it may be the Creator God Himself (the “Elohim”) who is close to annihilating mankind at the end of our age as it will become too sinful in his eyes to be allowed to continue to exist on his earth.

Mankind has forgotten about God and forgotten that this earth is his creation. We live on it at his sufferance. I’m sure the pre-Flood society dismissed God as a relevant factor to be considered in their human lives and society…right up to the time the Deluge began. Ecclesiastes 1:9-10 reminds us that life is cyclical. What has occurred before will occur again. Modern mankind ought to take that as a very timely warning about what it is doing…but modern mankind couldn’t care less. It goes on provoking God to anger with ever greater sins and with bizarre alterations to his natural order of life on the earth. Believers can take some comfort in realizing that the more advanced and bizarre human technologies become, the closer we are to God’s divine intervention on this earth. Like any conquering King, Jesus Christ will annihilate any army that resists him and he will put “his people” in charge of all the nations (Revelation 19:11-20:4).