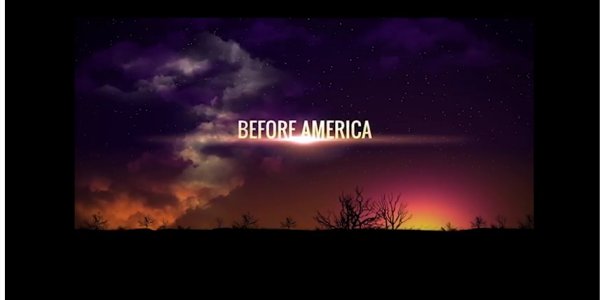 This post offers, I trust, some exciting news to readers of this blog. For years, there has been an article on my website entitled, “Hidden Mountain Decalogue Stone,” which describes a large stone slab in New Mexico with the Ten Commandments inscribed on it in the Paleo-Hebrew script of the Hebrew language that was used during the time of the united kingdom of Israel and then later in the divided kingdoms of Israel and Judah. The politically-correct academic community has almost monolithically tried to ignore this artifact as it is a silent witness that Hebrew speakers were in ancient North America long, long before Columbus was ever born. I visited this inscription stone in the late 1990s, and it is, indeed, in a very remote desert location. It deserves scholarly attention and official protection instead of academic and archaeological denials. If this artifact had been found somewhere in the Mediterranean world, there would likely be 24/7 security at the site, an interpretive center would have been built and an admission fee to see it would be charged.

It is my pleasure to announce to readers that a DVD documentary movie about this Decalogue Stone has finally been produced and it has now been released to the public. It has been produced by David Coatney, with whom I had the pleasure of working with as he did the research and production work for this DVD. There are several scholars who are interviewed with their unique perspectives about this Mystery Stone’s validity and the historical timeframe for its being inscribed. I am honored to be one of them. Readers should realize that the other scholars have their own perspectives about the timeframe and circumstances of when the stone was inscribed in ancient Hebrew characters long ago in ancient North America, but this is how

honest scholarship should occur. We all regard each others’ viewpoints with respect even though there are diverse opinions about aspects of the Decalogue Stone’s origins. All on-screen scholars interviewed in this documentary/movie agree that the Paleo-Hebrew characters on the Decalogue Stone are genuine and that this stone inscription was made long, long before Columbus ever “re-discovered” America in the “modern” era after normal maritime contacts between the Old and New Worlds were largely lost during the Dark Ages.

Besides focusing on the Decalogue Stone, the movie does mention other pre-Columbian artifacts and inscriptions that have been found in ancient North American settings. Readers of my books will recognize some of them as I detail them in my books on the history of the ten tribes of Israel.

The first link gives you the trailer for the movie. Images of the movie’s DVD jacket are shown below. I have been blessed to review a copy of the entire DVD and this movie is very well-worth seeing. Indeed, I’ll go so far as to say that anyone interested in the pre-Columbian history of the ancient Americas or the role of the ancient Israelites/Hebrew speakers in pre-Columbian contexts should obtain this DVD. For the sake of full disclosure, I’ll say that I have no financial interest in the DVD movie so my recommendation for it is purely one of scholarly enthusiasm that this vitally important ancient America artifact is finally receiving some of the attention it deserves! The second link contains the information needed for readers to obtain their own copy of this just-released movie/documentary. It is a very high quality production, and deserves to be on a cable-TV channel in the future. 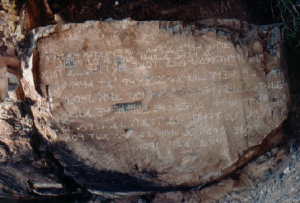 As readers who have read my article on this topic, I believe the Los Lunas Decalogue Stone was inscribed during the global explorations of King Solomon’s reign. In the first portion of his reign, he was a righteous king who obeyed God’s laws and he presided over a time of incredible peace and prosperity in the kingdom of Israel (I kings 4:20-34). He allied all the tribes of Israel with the city-states of Tyre, Sidon, etc. that were maritime city-states along what is now the coast of Lebanon (I Kings 5). This alliance came to be called the “Phoenician” alliance, and that name was given to them by the Greeks. These Phoenician city-states had been involved in global maritime commerce for centuries by the time they became fully allied to the Israelites under David and Solomon. The Israelite tribes and the Phoenician city-states merged their navies and the Phoenician city-states shared all their maritime knowledge with Solomon’s’ sailors and fleets (I Kings 9:26-27), and one of Solomon’s Israelite-Phoenician fleets returned to Israel only every third year–bearing cargoes that included animals from other continents and lands (I Kings 10:22). II Chronicles 9:21-23 relates that the kings of the earth came to visit King Solomon to see for themselves the wisdom and wealth of his kingdom. The Bible includes one clue as to how many kings came to visit Solomon. I Kings 11:3 states that 700 of King Solomon’s’ wives were “princesses.” In other words, they all came from the royal families of the kings of the earth who came to visit Solomon. If 700 kings gave Solomon a royal daughter as a wife, it indicates these foreign kings wanted to become related and allied to King Solomon via intermarriage of their royal houses. That was a standard ancient practice. Unfortunately, I Kings 11:3-9 records this became Solomon’s undoing as he participated in the idolatrous religious practices of his foreign wives. It is an inescapable conclusion that his 700 foreign wives brought a microcosm of their own culture to Jerusalem and that included their idols. This resulted in the golden age of Solomon’s Israelite empire being a short one.

Given the above background, it is my view that the Los Lunas inscription was made during King Solomon’s righteous period of reign when even the sailors and explorers of his fleet were so obedient to King Solomon and the laws of God that they made a permanent inscribed stone with the Ten Commandments on it in the Southwest part of the North American continent. During King Solomon’s reign, the Israelite/Phoenicians were also very much present in the Lake Michigan/Great Lakes area mining vast quantities of copper for the Temple  in Jerusalem and Solomon’s other building projects–as is detailed in my books about the history of the ten tribes. Since Phoenicians had been present in ancient North America long before the city states of Tyre and Sidon allied themselves to Israel’s tribes, they would have already had considerable knowledge of the geography of North America, and this was given to King Solomon’s Israelites to use during their alliance. It is also another clue to me about the Stone’s origin that it is openly inscribed in stone in a large inscription. This inscription was made to be an enduring proof of the Hebrew-speaking people in ancient North America and it proclaims: “We are here and we are here in force.” I doubt a band of wandering refugees would have invested the effort to make such a permanent inscription, and they also would not have wanted to leave anything in their escape path via which enemies could pursue them. For a fuller examination of my views about this very important artifact in a very ancient American context, please read my article on the topic.

In conclusion, I congratulate David Coatney on his very excellent and professional documentary about the Los Lunas Decalogue Stone. I urge all readers to obtain  their own personal copy. It may be available in a streaming option in the future but for now it is available only in a DVD format. 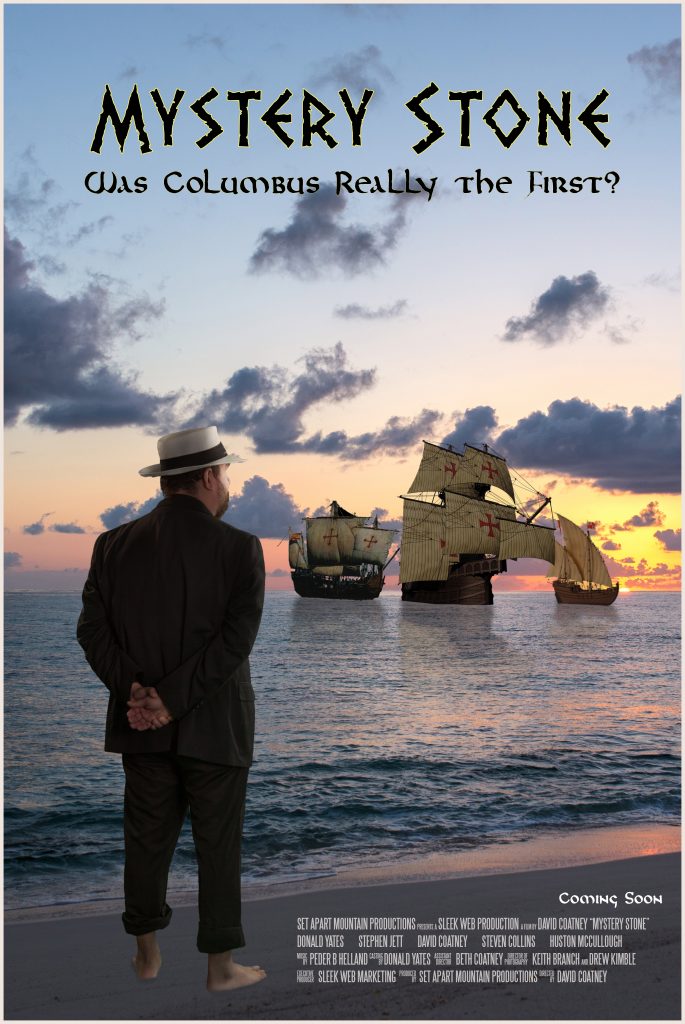 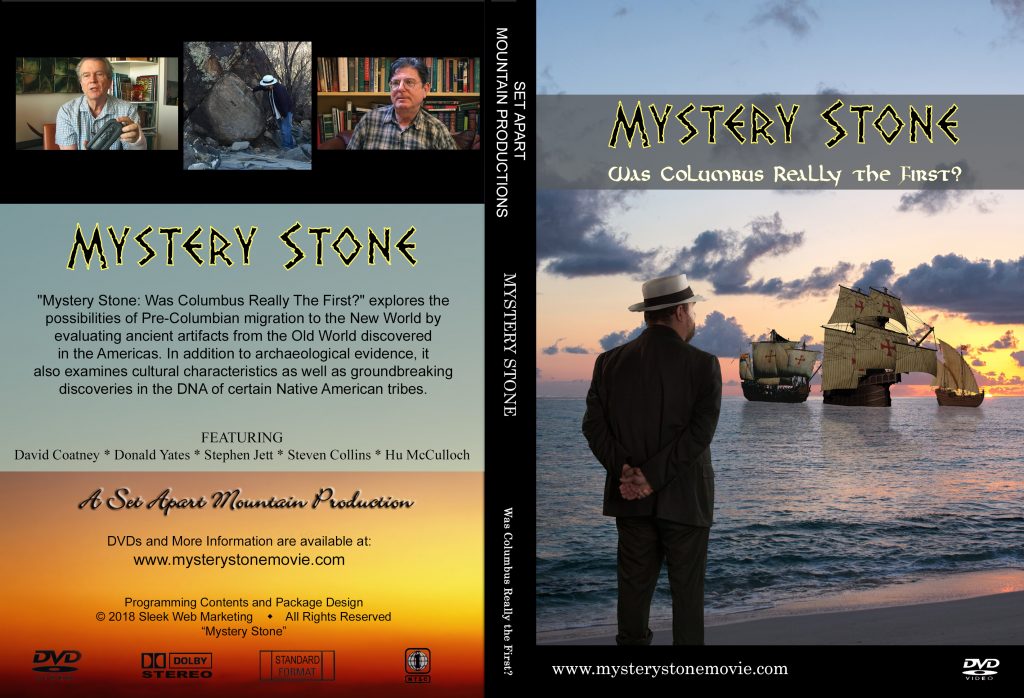