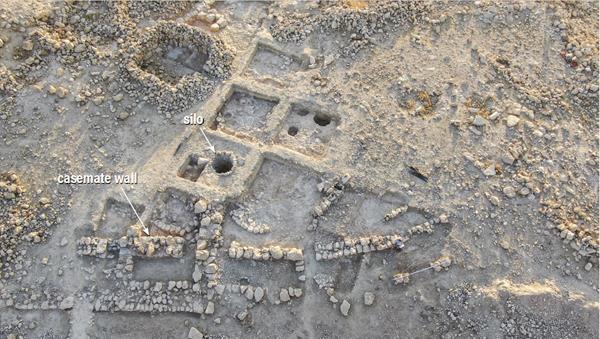 Excavations of a fortress city in the Holy Land have, according to an article in the Spring, 2021 issue of Biblical Archaeology Review, are unearthing a fortress city which is attributed to the biblical northern kingdom of Israel. The excavations give us some insights to that historical period. At the outset, I will state that I am a subscriber to the above-cited publication so I receive its hard-copy issue in my mail. I attempted to provide a link to this article for readers of this blog, but was unable to do so due to it not being yet available at the magazine’s website. For that reason I will be mentioning some of its findings in this post. Those who also subscribe to this magazine or have access to it via a public library can read the entire article, which is named in the first link.

This post will first cite the archaeological information described in the first link’s article, and then additional conclusions will be made from other historical sources. The site, named Auja el-Foqa in modern terms, is north of Jericho and not far from the Jordan River. The article concludes that the site began as an unfortified village, which was expanded into a fortified fortress town during the ninth and eight centuries B.C.E. This fortress city had well-built defensive casemate walls and many inhabitable structures inside of it. The site has not been fully excavated yet, but it is large. For example, one individual structure occupied over 1,000 square meters and its full size has not yet been determined. Clearly, this site was built to withstand a siege. Eventually, sieges came. Pottery and artifacts found at the site indicate it was an inhabited, fortress city during the ninth and eighth centuries B.C., which is during the time of the northern kingdom of Israel. Evidence at the site indicates it was a city of the northern kingdom of Israel, not the southern kingdom of Judah. A destruction layer in the eighth century B.C. was also found along with arrowheads, indicating warfare had occurred at this site. This date fits with the fall of the northern kingdom of Israel to the Assyrians in the late eighth century B.C.

Also arguing strongly that this was a fortress city of the northern kingdom of Israel is the article’s mention that it is located at the ancient territorial borders of the tribes of Ephraim and Manasseh, which would put it inside the northern kingdom. Indeed, the site’s location is such that the article concludes that it was originally known as either the towns of Ataroth or Naarah, both mentioned as towns along Ephraim’s border in Joshua 6:6-7 during Israel’s pre-monarchial period. [As an aside, the Bible mentions in Joshua 18:1 that the division of the Promised Land into territorial allotments for the tribes occurred at Shiloh, where the tabernacle of God once stood. I visited the modern Israeli town of Shiloh in Summer, 2000, so the realization that Joshua divided the land into territorial allotments at that very location was quite meaningful. For those who visit that area, a replica of the ancient tabernacle’s altar to God can be seen at Shiloh.] The article also notes that there were other ancient fortresses with watchtowers in that same region so this excavated fortress city was part of an entire network of defensive constructions to warn and protect against invasions. There is a scene in the Lord of the Rings movie, The Return of the King, in which watchtower fires were lit on a line between the Gondorian capital city of Minis Tirith and the kingdom of Rohan so help could be quickly summoned from either side during an attack. I suspect that same method of signal fires was used by the Israelite northern kingdom in its ancient watchtower system to also quickly warn of invasions.

The dates of this ancient Israelite fortress site (the ninth and eighth centuries B.C.E.) include the reigns of the Kings Omri and Ahab. It was during this time that the prophet Elijah and Elisha lived and II Kings 6-7 describes one war where the kings of Syria came to besiege Samaria, the capital city of the northern kingdom, and God divinely rescued the people taking refuge inside its walls. Very little is said in the Bible about King Omri, who founded a dynasty of Israelite kings. The Bible relates that Omri was an evil king in the eyes of God, meaning he followed the idolatry of the surrounding nations instead of obeying God’s laws. However, the Bible preserves the knowledge that Omri was a builder (I Kings 16:21-27). It was Omri who sited the city of Samaria and turned it into the fortified city it became. Based on Omri’s awareness of the need for strong defensive fortifications for the northern kingdom of Israel, I think it was Omri who sited and built the other defensive fortress cities and watchtowers as well.

We need to remember that the Bible’s narratives cover several millennia of human history starting with Creation Week in Genesis 1. This means that what we have is only a barest slice of the historical events that occurred in the narratives about Israel’s tribes and Abraham’s descendants. Much more occurred during the reigns of the kings of Israel and Judah (the southern kingdom) than is recorded in the Bible. We know some of what happened in the reigns of Omri and Ahab from Assyrian narratives. The second link indicates that King Omri made such a huge impression on the Assyrians that after his death, the Assyrians thereafter referred to the territory of the kingdom of Israel as “Bit Omri,” honoring the memory of King Omri. King Omri’s reputation in Assyrian eyes was so great that Israel’s name was synonymous with the name of Omri from then on. Interestingly, the Assyrian annals do not brag about any victories vs. King Omri. That means that there likely were no Assyrian victories vs. King Omri because the Assyrians were quite generous with self-praise whenever they triumphed over some other nation or king. King Ahab is also mentioned in the Assyrian annals (third link). King Ahab was part of an Levantine alliance that fought the Assyrians essentially to a draw in the battle of Karkar (or Qarqar), an event not mentioned in the Bible.

Werner Keller’s book, The Bible as History, and Harper’s Bible Dictionary are among the sources that comment on King Omri’s major impression upon the Assyrians. The Assyrians were a militaristic nation so the only way to impress them was to defeat them in battle. The Assyrian respect for Omri that lasted long after his death attests to an indication there was an unknown battle wherein Omri’s forces defeated the Assyrians and drove them away. Nothing else explains the long-lasting respect the Assyrians afforded to King Omri.

My book, Israel’s Lost Empires, and my E-book, The “Lost” Ten Tribes of Israel…Found! includes the decline and exile of the kingdoms of Israel and Judah after the reigns of Kings Omri and Ahab. While the history and modern location of the Jews/Israelis is well-documented and understood, my books document the largely-forgotten migrations, empires and modern locations of the ten tribes of Israel that once formed the northern kingdom of Israel. These books can be ordered at the home page of my website.

In conclusion, I believe that the ancient fortress city now being excavated in ancient Israel was built at the direction of King Omri, who we know from biblical accounts was the builder of the major fortress capital city of Samaria. Since Omri sited and built such a major fortress/capital city, it would not be surprising that he sited and built the lesser fortress cities of the northern kingdom of Israel as well. Omri was a top general in Israel’s army (I Kings 16:16-18), who, in a short Israelite civil war, besieged a city named Tirzah which sheltered Zimri, the previous king of Israel. Omri was a general, not a politician. Since Omri had conducted a siege to take the throne of Israel, his military mind was well-trained to site and build strong defensive fortifications like the city of Samaria and the fortress city now being excavated in the Israeli nation. Indeed, Omri designed the defenses of Samaria so well that long after he died, it held out for a full three years against the Assyrians in a siege before falling (II Kings 18:6-11). It fell because the northern kingdom was so sinful and rebellious against God’s laws that God withheld his protection from the city, and the northern kingdom came to an end. While the inhabitants inside Samaria were taken captive after the city’s fall, most of the Israelites of the northern kingdom escaped the national calamity. They fled to new locations either via the massive fleets of their Phoenician allies or overland to a new defensible location. The inhabitants who fled by sea settled a new Israelite city on the northern shore of Africa. It was called Kirjath Hadeshath by its founders, but the Romans later called it Carthage. The mass of Israelites who fled the Assyrians via an overland route escaped to the region of the Black Sea, and their descendants became known to the Greeks as the Scythians or Sacae. The largely-overlooked histories of Carthage and Scythia are told in considerable detail in my aforementioned books.