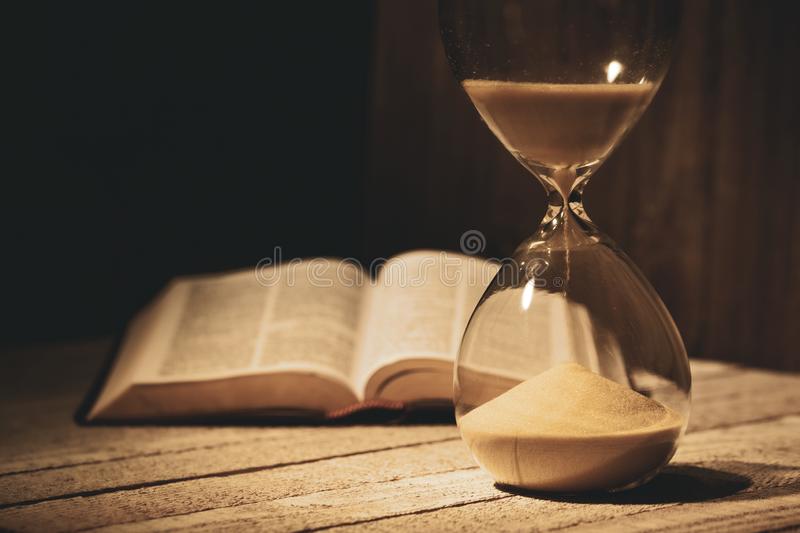 Among Christians who follow prophecy, there is considerable confusion and disagreement about the meaning of the latter-day biblical prophetic timetables that will be fulfilled in the latter days. In this post, I hope to examine these prophetic timetables in a way that will bring harmony to these diverse prophecies. What I will offer is my current understanding of these prophecies and if future events unfold in a way that requires these understandings to be changed, I will revise my perspectives on them quickly. That is one advantage of being completely independent–I can quickly change perspectives if necessary without having to be bound by ossified denominational teachings. I will offer this comment that I view biblical prophecies about “days” and “months” to be literal, not metaphorical.

Let’s first look at a series of prophetic timetables found in the 12th chapter of Daniel. This chapter is clearly for the latter days as it mentions “the time of the end” in verse 4 and 9 and similar language in verses 1 and 13. Verse 4 foretells that the latter days will experience a major knowledge explosion and that humanity would have many means of rapid transportation (“many shall run to and fro”). These conditions have been literally fulfilled in our time as we are in the midst of a knowledge explosion that is almost indescribable and many are indeed traveling all over rapidly via automobiles, buses, airplanes, trains, etc. All biblical prophecies about the latter days are being fulfilled in our modern time, and these prophecies are examined in my article, Are We Living in the Biblical Latter Days? In Daniel 12:7, the first prophetic timetable is described as being “a time, times and half a time” which is generally understood to be three and one-half years. I agree with that viewpoint in this application. Such a time period would be understood to be 42 months or about 1260 days. Daniel 12:11-12 add two additional prophetic timetables for the latter days: 1290 days and 1335 days. Daniel had no idea what these timetables meant, and he asked to be able to understand them (verse 8). God told him in verse 9 that the prophecy could not be understood until the latter days of this age. We will look at these timetables in light of additional prophecies and modern events. It does seem clear that there is an initial key prophetic period of 1260 days/42 months, followed by an additional 30 days to reach a total of 1290 days and then another 45 days to reach a final total of 1335 days, and a blessing is pronounced on those who survive to the 1335th day. It is my view that these timetables are now understandable.

Obviously, Daniel and the Old Testament prophets never had a chance to read the New Testament prophecies, which add more detail to the prophecy in Daniel 12. To better understand Daniel 12, we should look for another prophecy which begins with either a 1260 day or 42 month period of time, and both are found in the book of Revelation. To begin with, Revelation 17-18 describe the sudden and complete collapse of the modern global world order–called “Babylon the Great” in Revelation 17-18. The current world order will be ended by the deliberate action of “seven heads and ten horns” who are cryptically described in this prophecy. These seven heads and ten horns will install a new world system called the “beast” in the book of Revelation. Revelation 13:1-5 prophesies this new beast system will have power for only “42 months,” the initial prophetic time period contained in Daniel 12. However, this 42 month period cannot begin until the current world order falls and some kind of new global political/financial reorganization or “Global Reset” occurs. Given how unstable world affairs are becoming, this event may occur in our foreseeable future. Also, Revelation 11:1-14 describe the ministry of two Divinely-empowered and commissioned prophets called the Two Witnesses, who will be authorized by God to wield incredible plaguing power on mankind and the nations to witness to them the need to repent to God to avoid further traumas. Their ministry is specifically limited to 1260 days (verse 3), again paralleling the first prophetic timetable we saw in Daniel 12.

During this 30-day period, the beast will at last have the credibility and power to rule as he wishes to do so. It is at that point that I believe Revelation 13:11-18 will take place when the beast institutes a money system which includes worshiping him, an idolatrous sin which will be facilitated by a false prophet representing a global religious system at that time. It will be what could be called a brief, 30-day “false millennium” (II Thessalonians 2:3-13). The saints will be gone from the earth during this time, enjoying the “wedding supper of the lamb” with Jesus Christ and his heavenly host  (Matthew 22:1-14, 25:1-13). The Two Witnesses’ bodies will lie in public view for three and one-half days after their deaths and then will be resurrected and will ascend into the clouds toward heaven (Revelation 11:11-12). Since the general resurrection of the dead (the “taking up” or “rapture,”) also involves the righteous saints being lifted up into the clouds to be with the Lord (I Thessalonians 4:13-17), I believe these are concurrent events in the same general resurrection of the dead. However, Jesus Christ does not immediately conquer the earth and set up his kingdom at that time. The beast reigns for at least another 30 days on earth while the saints are with the Lord in heaven. It is during the “false millennium” of the beast’s reign on earth that everyone will think their troubles are over and they are free to resume their favorite sins unpunished. It is a time when they will think they are enjoying a time of “peace and safety.”  They couldn’t be more wrong, Their time of “peace and safety” is suddenly interrupted after 30 days by a “sudden destruction” they did not anticipate (I Thessalonians 5:1-4).

What is the “sudden destruction” that rips apart the beast’s kingdom at the end of the 1290 day point in Daniel’s prophetic time? I believe it is a World War III which is prophesied in Ezekiel 38-39, Joel 2 and other prophecies. Russia, China, Iran and their allies will sucker-punch the rest of the beast’s kingdom and try to overthrow the beast. These attacking nations will be the Gog-Magog alliance which attacks the NATO and western world nations and all their allies. These attacked nations are called “Israel” or the “house of Israel” in Ezekiel 38-39 because that term “Israel” is biblically applicable to the modern descendants of the so-called “lost” ten tribes of Israel–who are actually the dominant western nations of today (as explained in my books available at the home page of this website and in my free article, The United States of America in Biblical Prophecy),  Ezekiel 38-39 do not even mention the modern Israelis/Jews, which are called “Judah” or “the house of Judah” in biblical prophecies (such as in Zephaniah 2, Zechariah 12 and 14). Daniel 12 foretold there would be a 45-day period of time between the end of the 1290 period of time and a time of great blessing which will occur 45 days later on the 1335th day of his latter-day prophetic timetable. World War III ends with the return of Jesus Christ and his heavenly hosts to save the earth from complete destruction (Matthew 24:21-22). Ezekiel 38:20 predicts God’s “presence” will come to the earth and Ezekiel 39 describes God’s annihilation of the Gog-Magog army (called the “kings of the east” in Revelation 16:12-18). Revelation 19:11-20:4 also describes this Divine intervention in greater detail. Matthew 24:21-22 calls this final World War III which threatens mankind’s existence the “great tribulation.” For detailed examination of biblical prophecies about this age-ending conflagration, please refer to my article, What Ezekiel 38-39 Reveals about a Future World War III).

This concludes a description of what will happen during the three prophetic timetables mentioned by Daniel 12. However, there is a complication. In Matthew 24:21-22, Jesus Christ reveals that the final prophetic timetable of days will need to be shortened in order to save mankind from extinction. That is very understandable in modern terms. The destructive power of nuclear and other weapons is so great that mankind could easily kill off itself in a final spasm of unlimited warfare before the final 45 days of Daniel’s prophecy expires. Indeed, Jesus Christ could return much earlier than that during the prophetic timetables if mankind is at risk of going extinct due to some other event (an incurable plague, mad scientists doing some secret experiment that destroys the earth’s protective electromagnetic field, etc.) besides a final World War III. The parable in Matthew 25:1-13 indicates that Jesus Christ’s return will occur considerably earlier than his followers expect, and Matthew 24:42-44 supports this view. Since God reserves the right to directly intervene as early as necessary during the final prophetic timetables, we can expect Jesus Christ’s return prior to the expiration of the final prophetic timetables.  Therefore, all believers should keep themselves in a state of expectant readiness for his return (Matthew 24:42-51).