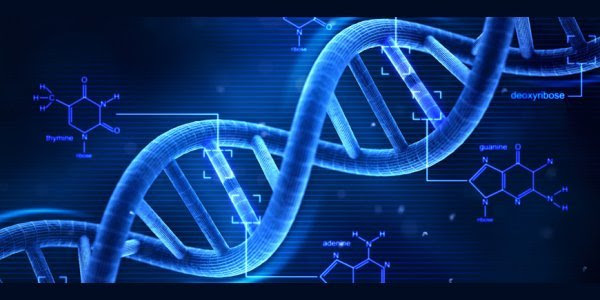 This post is the second part of a two-part series on the sheer impossibility of the theory of evolution ever being true. This second part focuses on the fact that the unimaginable complexity of DNA in every species proves that every member of each modern species is intelligently-designed via highly specialized cellular DNA programming. No member of any species could have “gradually” developed the highly-specialized traits and characteristics that each species needs to survive. Darwin’s theory of evolution was only that when it was proposed: a theory. It was proposed when science was not very advanced and it essentially assumed that all species developed as adaptive tissues that somehow changed over time into their current manifestations. If Darwin had known that every life form is what it is because it is precisely designed via DNA codings to become a specialized form of life and that DNA controls what every life form becomes, I don’t think he would ever have proposed anything so silly and unscientific as evolution.

I trust that you will see the argument for biblical creationism is overwhelming, based on the evidence presented in my past post which is reproduced below. It is my view that evolutionists persist in imposing their dogmas in all academic and cultural venues because they refuse to acknowledge the clear reality of an invisible Creator Being’s obvious existence in the DNA complexity of every life form. Romans 1:17-32 supports that view. Evolutionists and their deceived followers will be shocked to realize that God is quite real and he will judge them for their sins at some future “Judgment Day.”  Romans 1 makes that clear as well, and it lists the sins that can permeate human societies when God’s reality and sovereignty is forgotten. When God is forgotten and people believe they will not be held accountable for their sins, then evil runs wild in societies. It is when societies realize that God is real and he will judge all of us some day that people “depart from evil” (Proverbs 16:6).

I hope that you benefit from the information below. Please forward it to others who could benefit from evidence that God is real and evolution is a hoax.

The Complexity of DNA Proves a Creator God Is Real

Every so often, it is good to get back to fundamental truths and realities. The most important question, of course, is “Does God exist?” The answer is “Yes,” and it can be proved many ways. In previous posts, I’ve shown the existence of a Creator God (and the impossibility of evolutionary theories) by a discussion of the age of the Universe and the existence of gender differences in earth’s species. This post is to give readers more immutable evidence that God exists. You can show this to your evolution-advocating friends and see if they have any effective responses. [They won’t because none exist.]

As all readers know, I’m sure, the instructions imprinted into DNA are responsible for how every cell develops and functions throughout its existence. DNA, which contains the “blueprint” for all living things, is incredibly complex. Indeed, I don’t think we appreciate just how phenomenally complex and intricate it is. The two links below pass on some interesting facts about DNA. Both links list something which leaves me in awe about the complexity of DNA. The first link states it as follows: “If unraveled, the DNA in all the cells in your body would stretch 10 billion miles, from here to Pluto and back.” [emphasis added]. That’s ten billion miles of DNA “instructions” hard-wired into a single human body to integrate and perform all its myriad of interrelated systems and functions! And the evolutionists would have us believe that 10 billion miles of DNA just randomly formed over eons so a single human body could develop and function as a human body?? Seriously, how can any advocate of evolution not be laughed out of any classroom or forum anywhere in the scientific world? And that 10 billion of miles of DNA coding is just for one human being. Multiply that 10,000,000,000 miles of DNA per human being by over 7,000,000,000 (the number of humans on the earth) to total the aggregate miles of human DNA now present on the earth. Then multiply that total figure by all the DNA in all the species of animals, birds, fish, reptiles, amphibians, insects, plants, etc. now living on the earth. How many billions and trillions of miles of DNA does that add to the total of DNA “instructions” found throughout all the living things on earth? If we attempted that calculation, we would begin to run out of zeros to describe the total DNA in all the living things on earth right now.

And all this incredibly complex and voluminous design-work to make DNA happened by accidental, random chance, as evolutionists maintain? Sure. Just like an aircraft carrier accidentally forms itself on a boatyard dock “over time” without any blueprints or outside human intelligence acting on it to build it. Or how a 100 story skyscraper, with all its many integral support systems, just randomly forms itself on a city block without any engineering blueprints or intelligent forethought. Or how a supercomputer just accidentally comes into existence in a room without any blueprints or anyone building it. I think you get the point. How can aircraft carriers, skyscrapers and supercomputers all come into existence without any engineering “blueprints” or outside intelligence building them? They can’t! And yet they have to be able to come into existence by random chance for evolution to have any chance of being believable. None of these three large objects have made the jump from “non-living” to “living” creatures. Evolutionary theory always says in the primordial past that there was a time when there was no living thing on the earth, so complex non-living things must come into existence on their own if evolution can ever “jump” from non-living things to living creatures–a far greater feat.

David was very right when he observed in Psalm 14:1 that “The fool has said in his heart, there is no God.” However, some might assert, quite accurately, that we have so many highly educated people in the world who advocate evolution. My response to that would be: “It proves that we have a lot of highly-educated fools on the earth right now.” The only scientific explanation for the incredibly complex creation all around us (and for your existence in that Creation–with your personal 10 billion miles of DNA) is found in the first chapter of the book of Genesis.

The links below also include other facts about DNA. One mentions that humans share 50% of the same DNA with bananas and 95% of the same DNA as chimpanzees. Does this “prove” evolution? Not at all! It shows that there is acommon Creator for all living things on earth and that he efficiently uses the same DNA over and over again in every species for simple functions and cellular structures that they all have in common. If evolution had randomly produced all life forms, the life forms should all have very different DNA and some should have “evolved” with no DNA at all but in alternative methods of random actions. One link also notes that all human beings share 99.9% of the same DNA. That really confirms that there is a common Creator for all mankind, which was made in the “image of God” himself (Genesis 1:26-27). It also, by inference, confirms the Deluge account in Genesis 6-9 that only eight people survived the Deluge in an Ark and afterward began to repopulate the earth. That all modern humans descended from just eight people from the same nuclear family would account for the fact that there is so little divergence in the DNA of the human race. We all descended from Noah’s family!

Evolution is such nonsense! However, this nonsensical theory was prophesied to be present in the latter days when, as Daniel 12:1-4 tells us, knowledge on the earth would greatly increase. In Roman 1:17-32, Paul prophesied that mankind would eventually adhere to a belief that would “change the truth of God into a lie, and worship and serve the creature instead of the Creator” (verse 25), and which “changed the glory of…God into an image made like to corruptible man, and to birds, and four-footed beasts and creeping things” (verse 23). That last statement sounds like an evolutionary textbook’s language. Romans 1:20 adds that though “the invisible things of him [God] from the creation of the world are clearly seen, being understood by the things that are made…so they are without excuse.” This is profound. When Charles Darwin’s speculations developed into the theory of evolution, he assumed that all life forms were just blobs of adaptive tissue. The discovery that complex DNA “instructions” govern every cell would not be made until many decades after Darwin proposed his theory. Once modern science discovered that all living things are not adaptive tissues, but are incredibly pre-designed creatures via the instructions embedded within their respective DNA helices, mankind became “without excuse” about whether life-forms evolved or were created by an invisible Creator God. Once DNA’s incredible complexity and its embedded, intelligently designed instruction for all living cells were discovered, it was obvious that all life forms were intelligently designed by a Creator Being who designed each species’ DNA. Romans 1:20 makes that clear and verse 18 prophesied that the powers-that-be in the latter days would “hold back the truth in unrighteousness (marginal reference note).” Why would they do such a thing? Romans 1:26-32 lists a wide variety of sins that mankind has embraced instead of obeying God. Check the list out and see if these sins aren’t spreading all over the earth in human societies. Evolution was invented, I believe, for mankind to deceive itself into believing there is no God who will ultimately judge and punish them for their sins. However, true scientific analysis proves evolution can’t be true. A Creator God does exist, and Judgment Day will come.