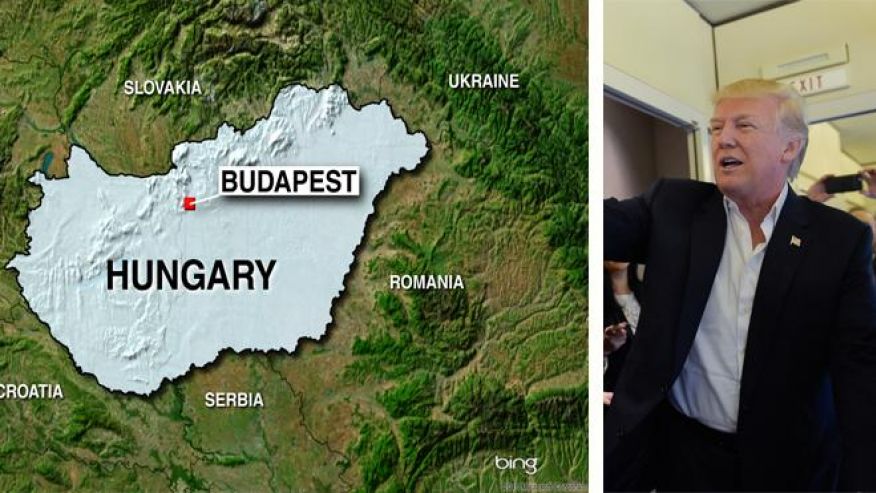 The cracks in the solidarity of the EU nations are widening. The first link reports that the nation of Hungary, which had chilly relations with the USA under President Obama, is moving toward warm relations with the USA under President Trump. Hungary has been very opposed to the lenient policy of German Chancellor Merkel and the EU bureaucracy toward admitting Islamic immigrants with what seems to have been minimal or no vetting. Trump’s election is expected to strengthen Hungary’s stance in taking a stance opposed to that of Germany and the EU.

The second link is very insightful and warrants your reading. Not only does it report that Hungary and Poland joined together to block an EU-wide gay marriage effort in 2015, but it details that there is a three-way split developing among the EU members. It states that an “alliance of the South” is forming which includes France, Greece, Italy, Spain, Portugal, Malta and Cyrus which is going in one direction while a “mini-Schengen” group of the north includes Germany, Austria and the Benelux nations. A third bloc is the Visegrad group which included Poland, Hungary, the Czech Republic and Slovakia which is already strongly opposing the liberal immigration policies of the EU. The link adds that internal divisions within the EU are widening due to socioeconomic issues, relations with Russia, etc., and that Poland is reaching out to Romania to join the Visegrad group. The link also notes that “Europe is facing a prolonged period of upheaval,” and that new alliances within the EU could  “undermine” or “even destroy” the EU. This is a very serious possible development.

The third link adds that the Czech Republic is moving to include in its national Constitution an amendment that would “guarantee citizens the right to keep and bear arms.” It sounds like this is a direct parallel to the Second Amendment to the Constitution in the USA which does that same thing. The EU is reportedly moving to limit civilian rights to own guns, so the Czech move to amend its Constitution is seen as a way to exempt the Czech Republic from any such EU action to grab guns from Europe’s commoners or prevent them from obtaining guns to protect themselves. The link adds that 800,000 Czechs already own firearms–a total far more than I would have realized.

The above schisms within the EU must be added to the Brexit vote, the likely victory of the anti-EU and anti-Islamic immigrant party in this month’s Dutch election and the possible election of a similar populist candidate in the later French election. Whatever the results of the Dutch and French elections, the result is likely to be so close that those nations will be deeply split along pro- and anti-EU factions.

The British Brexit vote to leave the EU is a severe blow to the EU, but it is not as great a blow as would be administered if a nation within both the EU and the Eurozone votes to leave both entities. It is also possible that Greece, which is continually being bombarded by the EU and IMF to make ever-more painful austerity cuts that devastate and alienate its people, may at some point decide to secede from the EU and the Eurozone, renounce its national Euro-based debts and go back to the Greek Drachma as its national currency. If nations begin to leave the Eurozone, the stability of the Euro itself will be called into question and all global contracts denominated in Euros will begin to look unreliable. It is also likely that if more nations leave the EU and if some nations begin to leave the Eurozone, that the secession move could turn into a stampede of nations to get out of both entities. Surprisingly, the EU central bureaucracy in Brussels keeps doing dictatorial, ham-fisted things which anger the EU nations to ever-greater degrees.

The situation inside Europe bears close watching. Revelation 17-18 foretell that the global financial/monetary/commercial system on the earth in the latter days will experience a very sudden and unexpected collapse. The language of Revelation 17 indicates that its collapse will not be accidental–that an alliance of “seven heads and ten horns” will unite to deliberately topple it. Revelation 18’s language seems to indicate that while the global merchants still have lots of goods and services to sell to the global public, they are shocked that “no man buys their merchandise any more” (verse 11), and the world’s political leaders who have been enriched by their secret alliances with the global merchant class (verse 3) also “wail” at its fall (verse 9). This could describe a global boycott of their merchandise or it could describe a sudden collapse in the global value of fiat currencies so no one has any means of exchange to buy merchandise. If the EU and Eurozone break apart, the Euro (as we know it) would likely collapse and this could collapse all fiat currencies as global investments and financial systems are so interconnected via counter-party risks. Due to the world’s digitization of money and digital interconnection of all markets, a sudden “flash crash” could become irreversible and cause a global collapse of current money systems and financial markets within just “one hour” (Revelation 18:10, 17 and 19) or “one day” (Revelation 18:8). A war or great terrorist attack could accompany or trigger this collapse as Revelation 17:16 and 18:10, 15 and 17-19 all include language that describes considerable physical destruction as well. Please read my free articles, Is Babylon the Great about to Fall…Ushering in a Global Beast System and The Babylonian Origin of the Banking System. I make no specific predictions regarding when these prophecies will be fulfilled, but we can see modern geopolitical trends moving steadily toward their eventual fulfillment.

Keep your eyes on developments within Europe. This blog surely will.