Egypt Cuts off Electricity to Gaza 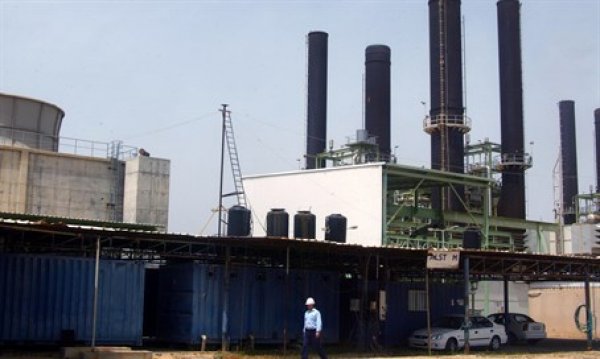 Previous posts have mentioned the ties between the Muslim Brotherhood and other terrorist groups in Egypt with Hamas in the Gaza Strip, and that this Hamas-Muslim Brotherhood axis has led to increasing military and intelligence cooperation between Israel and Egypt. This trend is continuing.

The first link reports that Egypt has cut off its last electricity supply to Gaza. This is clearly a blunt warning from Egypt to Hamas and the Palestinians to “get your house in order” if you expect any electricity or cooperation from us. It has been widely reported that the Gaza-based Hamas organization has been aiding and assisting Islamic terrorists from the Muslim Brotherhood and other radical groups who are waging a guerrilla war against Egyptian facilities, personnel and police stations in the Sinai portion of Egypt as well as against other Egyptian targets. Rather than provide a link or two to document this fact, I’ve enclosed a web search menu of many media reports on this Hamas-Muslim Brotherhood alliance as the second link.

In the complex web of Mideastern politics, Hamas is caught in the middle of the Shiite-Sunni conflict which has already spawned Shiite bloc vs. Sunni bloc wars in Syria, Iraq and Yemen. Egypt is a strong ally of Saudi Arabia in the Sunni bloc, but Hamas has cultivated ties to the Shiite bloc led by Iran in the past. If Hamas continues to “play both ends against the middle” in this conflict, it may be left with no allies at all. I think the action by Egypt to cut off electricity to the Hamas-led Gaza region is also a message to Hamas that it better choose which side it is on in this worsening Shiite-Sunni divide (third link). If it chooses Iran as an ally, it will soon be surrounded by Sunni enemies and Israel with the nearest Shiite allies being the Syrian Assad government, Hezbollah in Lebanon and the Iranian military forces fighting in Syria with the Assad forces. This Shiite bloc is intensely anti-Israeli, which fits the entire historical mind-set of Hamas. However, if it chooses to ally with the Shiite bloc, it will only serve to draw Egypt, Saudi Arabia, Jordan and Israel together even more as allies against the Persian Shiites of Iran. If Hamas chooses to ally itself with Egypt and Saudi Arabia, it may finally force Hamas (and all the Palestinians) into forging a reasonable political settlement with Israel as the Sunni nations need an alliance with the Israelis to counter the growing military strength of Iran (which is backed by Russia) and they do not want the Israeli-Palestinian “problem” to get in the way of an alliance which has existential importance to the Sunni governments in the region. The Sunni nations have a right to feel isolated and needing an alliance with the reliably anti-Iranian Israelis as the USA is no longer a reliable ally to the Sunni nations. The “give-away” agreement that the Obama administration reached with Iran to release mega-billions of dollars to the Iranians so Iran could further build up its military virtually morphed the USA into a de-facto ally of Iran.

I will offer no prediction regarding which way Hamas and the Gaza Palestinians will go, but I think Egypt just gave Hamas an ultimatum to make up its mind and do so quickly. Being without electricity will surely focus the minds of Palestinian leaders in Gaza to realize how dependent they are on Egypt and the Sunni bloc for electricity and all kinds of essentials which Iran cannot supply. This action by Egypt is one more move in the Sunni-Shiite power struggle for control of the Islamic world, and the world’s current geopolitics are entirely consistent with the biblical prophecy in Ezekiel 38:2-6 that Iran (“Persia”) will be an ally of Russia and its Gog-Magog alliance–which argues that all of Iran’s allies in the Shiite bloc will be as well. Egypt and the Ishmaelites (the Sunni Arabs) are not mentioned as being in the Gog-Magog alliance, and that fits the current reality of them being increasingly the enemies of the Shiite bloc.