Edward Snowden to BBC: Smart-phones Can Spy on You in Unexpected Ways 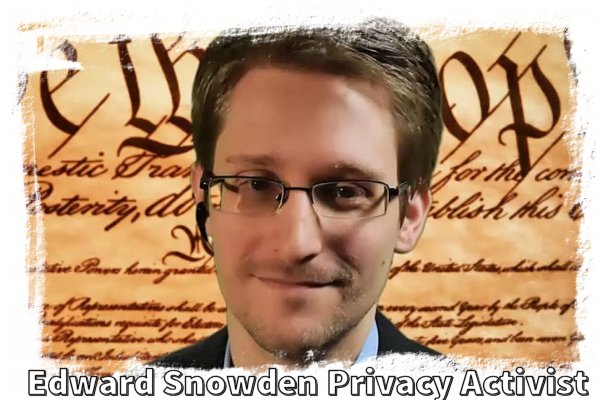 Amidst the high-profile stories about Russia’s involvement in the Mideast conflict, the GOP struggle over the Speaker of the House position, etc., an important story has mostly gotten ignored (or “spiked”) in the US media. I happened to watch a BBC-TV interview with Edward Snowden, which was aired on the PBS network in the USA. The BBC had to go through several steps arranged by the Russian government to get the interview with Mr. Snowden, but it well worth watching as it has new revelations about the extent of the spying being done by the NSA and other intelligence agencies.

Do you have a smart-phone? If so, you need to read this post and review the links, because if it is all correct information, your privacy rights are being ignored on a grand scale. The first link reports Edward Snowden reveals the existence of a suite of spy-programs that are embedded into smart phones, and he said each is code-named like a “smurf” character. For example, “Nosey smurf”…”can turn the microphone [on your smart phone] on and listen to everything that goes on around you–even if your phone is switched off.” The “Dream smurf” program can “turn your phone on and off without you knowing it,” and the “Tracker smurf” program can locate your physical location with more precision than was previously possible. It adds the NSA used CISCO computer systems for implementing spy programs in Pakistan, and that spy agencies can now track your texts, calls, browser information, contacts, locations you have visited, etc. on your smart phones. It would seem that if you have a smart phone that you carry with you, you have no secrets. The second link has some additional information.

The third link offers the BBC interview with Edward Snowden, but it apparently can be viewed only by persons within the United Kingdom. Other nations apparently have blocked access to the interview. Could it be they don’t want their citizens to realize what “Big Brother” societies they already live in? For non-British readers of this blog, you may be able to find the BBC’s interview with Edward Snowden via a web search. A Russian media website (fourth link) barely mentions the BBC interview with Snowden, and says nothing about the information revealed in the BBC links.

There is now evidence of “push back” against the invasive and pervasive spying evidently being done on everyone, everywhere. The fifth link, a USA Today story, reports that the European Court of Justice has just issued a ruling which “..immediately invalidates the ‘safe harbor’ agreement, in place since 2000.” That agreement allowed US firms to transfer data gathered on European citizens back to the USA (and, presumably, to any American spy agency), so the European court ruling cancels the legal right of companies to transfer information gathered on European citizens back to US entities, if I understand the article correctly. This court ruling has huge impacts on the global electronic media companies, who will doubtlessly look for loopholes to circumvent the European court ruling. I found one thing quite interesting in this article. It states this “safe harbor” agreement which allowed for massive information sharing between Europe and the USA about private citizens dated to the year 2000…one year prior to the events of 9/11/01. What fortuitous timing! The mechanism for massive transfers of information on Europeans to the USA was set up a year prior to the tragic events of September 11, 2001, which resulted in the Patriot Act (with its mass spying programs) being rushed through the US Congress.

One conclusion is clear: We already live in an Orwellian world far beyond what George Orwell could have imagined. However, since the mass spying is now done so unobtrusively via electronic/digital mechanisms, not via black-jacketed, Gestapo-type agents, it scarcely gets noticed. The BBC has now revealed more about the information Edward Snowden brought to Vladimir Putin and Russian leaders. I wonder what other secrets Edward Snowden brought to Moscow in his trove of NSA data devices. Opportunities for Russian leaders to blackmail American leaders about the release of damaging information could be very real, indeed.

So, how do commoners, governmental and corporate leaders, etc. avoid the NSA’s (and other agencies’) all-seeing eye and sub-rosa spying technologies? Maybe they can’t. Would leaving smart phones at home when one travels give some privacy? Will governments and corporations have to revert to the old practice of using private couriers carrying paper-only documents to their destinations and avoiding the use of any and all electronic devices? Will microfiche technology come back into favor? What if everyone attending high-level meetings around the world henceforth has to check in their smart phones with government agents or private security guards before entering any meeting? Can people simply wrap their smart phones inside towels to block them from hearing conversations in the room? What a world we live in! I wonder how much longer we will even have a free Internet. The last link offers ominous possibilities about the elites establishing new laws to prevent information sharing and reporting (my thanks to a reader for sending me that link). My website (and many others) may “go dark” if we can’t even cite links from public media/internet sources. If there is any information on my website or other websites which you wish to preserve, I suggest you print it on a hard copy…soon.

I’ll leave you with a troubling thought. Smart phones are digital, electronic devices. We now know that they can spy on us in many ways and listen to our conversations even if such phones are turned off. Smart TVs are also electronic, digital devices. Do they also have the “smurf” spying programs revealed by the BBC reports embedded on them? Can smart TVs listen to and watch you in your home even if the TVs are turned off…just like smart phones can do?

The global information monitoring and transaction-control society prophesied in Revelation 13:16-17 is coming to pass quickly. Once again, the Bible is proving to be the accurate source of information for our modern world’s developments and trends. Only its Divine authorship could explain the Bible’s unfailing record of prophetic accuracy for the time called “the latter days” or “time of the end” in biblical prophecies.