Donald Trump to Have a Christian Inaugural Ceremony 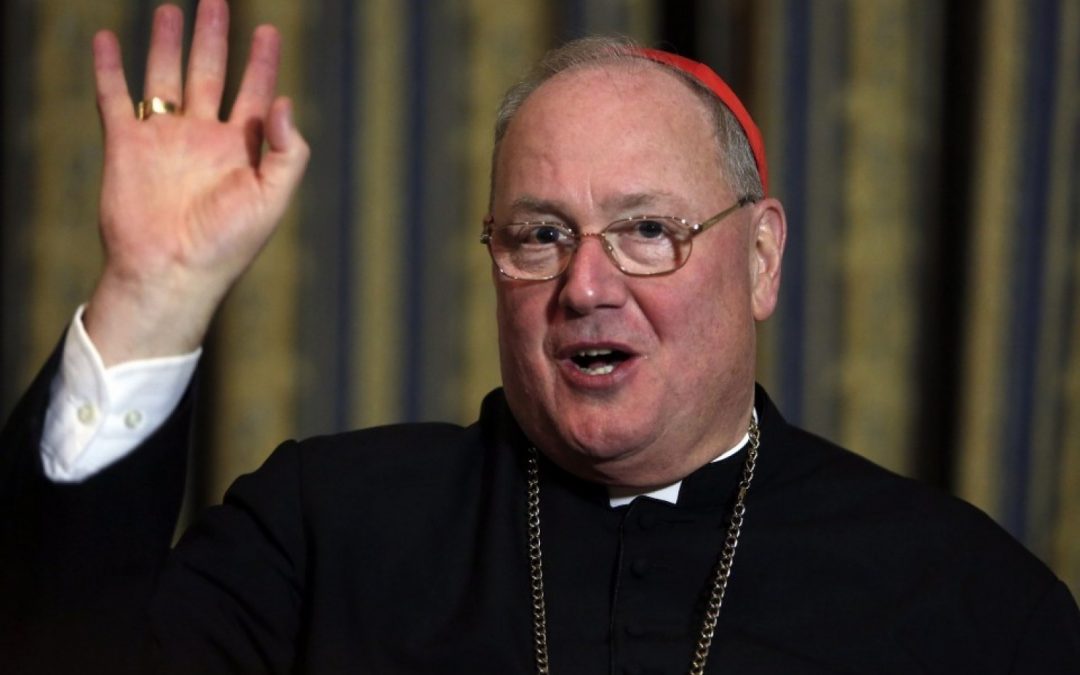 [From blog administrator: Steven Collins’ email service is still only intermittent at best as his ISP battles to fix a systemic failure.]

Plans have been announced that five Christian leaders and one Jewish rabbi will participate in the inaugural ceremonies (first link and second link). The prominent American Christian leader, Franklin Graham, will be featured in the inaugural ceremonies as will Catholic Cardinal, Timothy Dolan. Another will be a black pastor from a Detroit church and a Hispanic Christian leader who was not considered to be pro-Trump in the campaign. An American Jewish rabbi, Franklin Hier, will also participate and will be citing a scriptural part of the Torah as part of his comments and/or prayer. The well-known Mormon Tabernacle Choir will also be singing at the inauguration ceremonies, and they are well-known for stirring patriotic/Christian music. Can you imagine any of this happening if Hillary Clinton had been elected?

Could the Trump inaugural plans represent a more dramatic departure from the religious stance of the Obama administration, whose “Christian” background was from a Chicago “church” where its pastor was famous for saying “God d–n America?” Personally, I’m thrilled at this change of national direction and I wanted all readers in all nations to be aware of this major “sea-change” that is about to come to Washington, DC (my most recent monthly statistics showed that visitors to my website came from over 140 nations).

How will this Trump change American policies? Dramatically, I’d say. Here are a couple of what I think are sure bets and some possibilities. Many are not aware of how hostile the Obama administration has been toward Christianity. This has been especially evident in his position as commander-in-chief where he can implement widespread policy changes by executive fiat. So many Christian chaplains have been persecuted or driven out of the military by the Obama administration while some have been threatened with prosecution for practicing Christianity (third link and fourth link). Many readers, I think, have seen movies or documentaries from World War II where chaplains presided over large Christian church services for American soldiers about to go into combat against the Nazis and Japanese-occupied islands in the Pacific. The role of Christian chaplains (and Jewish rabbis) in fostering good morale and spiritual support for US military members has long been documented. President Obama actively suppressed Christianity in the US military by his actions. I believe President Trump will totally reverse Obama’s anti-Christian pogrom within the US military. Admirals and generals who served as acolytes in Obama’s anti-Christian campaign may find themselves facing early retirement or being transferred to new jobs such as distributing paper clips in the Aleutian Islands of Alaska. Look for the US military to be reconstituted as the pro-Christian entity it used to be in previous decades. Given that one Islamic terrorist (who was a US officer himself) killed a large number of US soldiers in an attack at Ft. Hood some years ago because the Obama administration had not allowed US military personnel to carry arms even on their own base, I expect a Trump administration will make sure the US Second Amendment applies within the US military as well so US soldiers can protect themselves from such internal terrorist attacks. I also expect that Islamic members of the US military will be scrutinized more closely to determine if they have any radical Islamic ties.

There is another policy area where I think Trump will take aggressive action. There have been a plethora of stories about how ISIS has persecuted, torture-killed, beheaded, raped and sold into slavery Christians it has captured in Iraq and Syria. The fifth link gives a wide selection of such reports, and some of them are very graphic. ISIS has also done the same thing to members of the Azidi sect in the Mideast (sixth link). The Obama administration has largely yawned in indifference at the cruel treatment suffered for many years by the Christians throughout the Mideast and the rest of the world at the hands of ISIS, Boko Haram and various other Islamic terrorist entities (seventh link). I would not be surprised if President Trump takes aggressive military actions specifically to protect and liberate Christians (and others) being so ill-treated by ISIS and other violent anti-Christian groups around the world. Such action could make President Trump immensely popular among Christians of all varieties around the world. Few Americans realize that the vilified Syrian President Assad has been one of the few protectors of Christians in the Mideast zone occupied or threatened by ISIS (eighth link), and that Christian militias have fought inside Syria to help Assad’s forces (ninth link). That story has not been told by the Obama administration or the left-wing American media. Given that Trump has promised to destroy ISIS in the Mideast and protect Christians, and given that Assad’s forces and his Russian backers are also fighting ISIS and protecting Christians inside Syria, there may be some very interesting policy reversals in the Trump administration. I also expect Trump to be sympathetic to the Kurds, a Sunni Islamic ethnic group in northern Iraq which has also protected and sheltered Christians, Azidis, Sunni Muslims and anyone else who fled from ISIS. Obama has had such restrictive rules of engagement imposed on the US military that they were essentially handcuffed in their fight vs. ISIS and any other US enemy. I fully expect Trump will change those rules of engagement dramatically in a way which removes those handcuffs on America’s military forces and, instead, gives them brass-knuckles to fight any opponent.

Given the very strong presence of American Christian leaders in the Trump inaugural ceremonies, I expect Trump to maintain very close ties to Evangelical Christians and Roman Catholics in his policy decisions. I also expect more Jewish support to be drawn toward Trump, especially if he makes good on his campaign promise to move the American embassy to Israel from Tel Aviv to Jerusalem. I think one thing is clear: Trump will not kowtow to any politically-correct policies of the Obama administration and he will not be bullied by the opinions of foreign leaders re: his decisions. He will put America’s interests first…just as he said he would.

Prophetically, the Trump administration will take such a “180 degree” turnaround from Obama’s policies that it will be very interesting to watch it all unfold in the years ahead. How is God and biblical prophecies and precedents involved in all of this? I tend to agree with Pastor Franklin Graham, who is quoted as saying that “God showed up” in the US presidential election (see first two links). Graham felt so strongly the need for Divine intervention in our recent election that he organized prayer rallies by Christians in all fifty state capitols in the USA prior to the election. The final link is about Pastor Graham’s visit to the capitol in Lansing, MI (a key battleground state) as part of this effort to mobilize America’s Christians and appeal to Heaven for God’s help. I agree with Franklin Graham. I think God did, indeed, “show up” in the election and made sure America elected Donald Trump instead of Hillary Clinton, who would have continued Obama’s anti-Christian and (let’s be frank) anti-American policies. If God helped put Trump in office at this critical juncture in American history, it means God has given America a reprieve from the decline it has been experiencing under Obama. At key junctures in human history, either to fulfill his prophecies (Isaiah 41:21-26) or because of the prayers of his people, God can and does intervene to give rulership over nations to specific people he chooses (Daniel 4:17, 25 and 32). If we are now experiencing just such a time in America’s dramatic leadership change, this could easily affect the Bible’s prophetic timetables or how its prophecies are fulfilled in pending years.