Do You Have Copies of My Original Book? See Their Current Worth! 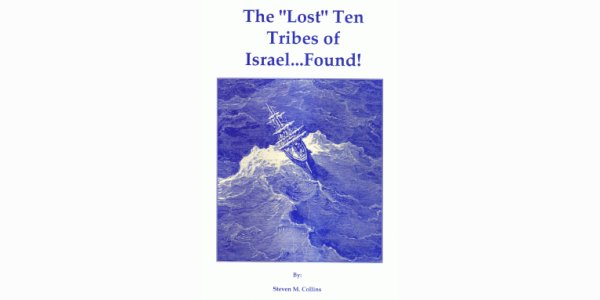 Regularly, I am asked by people who want to know if there is any way they can purchase some printed copies of my original book, The “Lost” Ten Tribes of Israel…Found! Regrettably, I have to inform them that this book sold out its four printings and no new copies are still available. However, I received an email from a friend recently who asked me: Do you know what used copies of your first book are selling for in the secondary market? I replied that I did not, and he urged me to go to Amazon.com to see the price range of used books currently being offered for sale. I was surprised by what I learned, and I thought I’d pass on to readers of this website what current sellers of this book are asking for copies of my first book. I know some readers have copies of my first book, and I think they will find this information enlightening.

The link below is taken from the Amazon.com website. The link lists the prices of ten of my original books currently being offered for sale via Amazon.com. Some are classified as being in “used” condition, and others as “new” condition. Four used books sell within a range of from $298-$470 per book with an outlier priced at $954. Three books in “new” condition are priced between $300-$414 per book with an outlier priced at $956. Readers will note that the same bookseller is offering both outlier-priced books, so I think it is almost surely the same book. It should be stated by me that there have been no new copies of that book issued into the market after the final printing was sold out many years ago. The books being offered in “new” condition are not actually newly-released books. Since the original price of the book was $20, this is a dramatic increase in the value of the book in the secondary market. For those readers who own copies of my original book, I wanted you to have this information so you do not sell it at “rummage sale” prices!

My more-recent four-book set on the history of the ten tribes of Israel over all periods of history is still in print, and copies of those books can be obtained via the publisher at bibleblessings.net, or they can also be obtained by writing me at: Steven M. Collins, PO Box 88735, Sioux Falls, SD, 57109-8735. The set costs $80 (shipping included) via either source. However, all international orders or bulk orders should be ordered at the publisher’s website as they can calculate shipping fees at the site and take payments for all orders with credit cards on-line. Those ordering books from me should send a check or money order as I am not equipped to handle credit card transactions.

Those who desire copies of my first book do still have an easy option for doing so. The book is available as a downloadable E-book for only $12.99 at my website’s homepage. Compared to copies for used printed books at Amazon.com, a price of $12.99 is a very attractive option. I want to stress that the E-book is exactly the same book as the printed version of the book. The only difference is that its pages have been reformatted to be readable on computer screens. If you do happen to speak Dutch, my original book is still available in the Dutch-language version of the book, and a link to order copies in that language is at my website’s homepage.

If readers have not read my initial book, The “Lost” Ten Tribes of Israel…Found!, I urge you to do so if you have a desire to understand world history from a biblical perspective instead of the secular Greco-Roman versions that eliminate any biblical content. My book examines the real global impact of the Israelite empire under Kings David and Solomon (called the “Phoenician” Empire in secular books), the Israelite origins of the Carthaginian, Parthian and Scythian Empires, the explorations of the New World conducted by the Israelite and Carthaginian Empires and a detailed examination of how the geopolitical realities between Rome and Parthia provided the context for the visit of the Wise Men (or Magi) who visited the Christ-child and why the entire city of Jerusalem was afraid when these Parthian Wise Men arrived on the scene to visit King Herod (Matthew 2:3). My first book examines all these topics by combining biblical narratives with extensive citations from ancient secular historical sources. My book doesn’t ask you to take anything “on faith”; it gives you the factual information which will affirm and increase your faith, based on historical records. You will never regard world history as boring again if you read this book. You will also understand how secular world historical accounts actually greatly affirm the Bible…and why used copies of this book are selling for $298-$440).