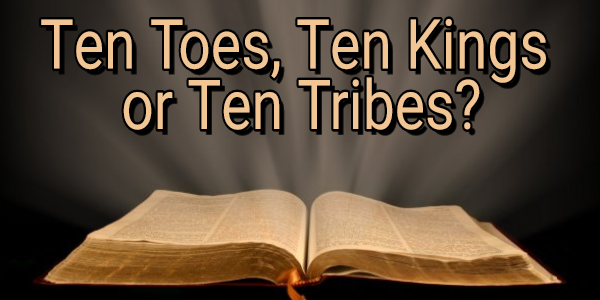 This post is to point out to readers a likely linkage between Old Testament and New Testament prophecies about the latter days which, when taken together, offer us some remarkable food for thought about how biblical prophecies will be fulfilled in the years ahead of us. As I’m sure readers know, there are many “latter day” prophecies in the Bible which address the same latter day events but with different imagery and symbology. Not all prophecies about the end times in which we are living use the term “latter days” (as is found in Genesis 48-49, Numbers 24:14-25,Jeremiah 30:1-24, Ezekiel 38-39,  Daniel 2:26-45, etc.). Some use the term “time of the end” (Daniel 12:1-4) or some combination of words about “the day of the Lord” (Zephaniah 2, Zechariah 14, II Peter 3:10, etc.). Some latter-day prophecies use the terminology “in that day.” Zechariah 14 confirms the term “in that day” is a prophetic shorthand for the term “day of the Lord” as both phrases occur in the same prophecy in Zechariah 14 about the end of our age. Almost the entire book of Revelation concerns events that will transpire in the latter days in the end of our age. These prophecies all need to be taken together to get a complete picture of what biblical prophecies tell us about events to occur at the end of our age.

Daniel 2 is the chapter with the prophecy about the great image seen by King Nebuchadnezzar of the Babylonian Empire. He saw a vision of successive world empires which have been seen as the Babylonian, Persian, Greek and Roman empires. Readers should be aware that this is a vision about the future gentile world empires that would exist on the earth. Nebuchadnezzar headed a gentile empire so his successor empires should be expected to be gentile empires we well. The Israelite empires of Phoenicia, Carthage, Parthia, Scythia, etc. are not the subject of Nebuchadnezzar’s vision of future gentile empires. The Roman empire is represented by the legs of iron, and this fits world history very well as the Roman empire divided into Western and Eastern halves just as the body of the image in the vision spread out to include two separate legs. Rome was a cruel, conquering empire and its representation as an empire of iron is most appropriate. The legs are also the longest part of the body and the Roman Empire existed a long time and through several renewals as the Holy Roman Empire in Europe as well as in the Byzantine Empire in the East. Verses 41-45 is a prophecy about the remnant of the “iron” from the legs that will be present in the “feet” and “ten toes” during the last days. The ten toes will be composed of iron and “potters clay” and they are prophesied to not cleave together very well. These ten toes of mixed iron and clay will compose a final world power that will govern the earth before it is destroyed and replaced by a new kingdom which will be installed by “the God of heaven.” Jews see this as a prophecy about the coming of the Messianic Age and Christians see it as the coming of Jesus Christ to set up the Millennial kingdom (Revelation 20:1-5). Revelation 17 prophesies that an entity known as the “seven heads and ten horns” will overthrow an entrenched global system (“The Great Whore” or “Babylon the Great”) which has controlled the world for a very long time. Notice that the entrenched system of Babylon the Great has “ridden” the seven heads and ten horns for a long time so the power that overthrows the Babylonian system will do so as a revolt against their oppressors. The seven heads and ten horns will install a global “beast” system which will last for 42 months (Revelation 13:1-5) before it is overthrown by the returning Jesus Christ at the head of an heavenly army (Revelation 19:11-20:4).

Daniel 2 and Revelation 17 are clearly discussing the same end-time events. Let us see what we can discern by combining the two prophecies. Both are addressing the end-time intervention by God to divinely overthrow all human governments and install a divine government on earth at the conclusion of the latter days. Ezekiel 38-39 and Zechariah 14 both also address this same time, with the same prophesied outcome. Notice that the ten toes are composed of “iron and potters clay.” The “iron” clearly represents nations and peoples ruled over by the Roman Empire, but who are the “ten toes?” I think the prophet Jeremiah answers that question. In Jeremiah 18:1-8 is a prophecy where the very same symbol (“potter’s clay”) is directly revealed to represent the ten tribes of Israel. The number ten is synonymous with the ten tribes of Israel who are “Israelite” (but were never “Jewish”) and did not return to settle in the Holy Land after they were exiled in the 8th century BC. These ten tribes must be found in non-Jewish nations in our latter-day time. If the ten toes of Daniel equal the ten heads of Revelation 17 (and I think they do), it means the ten heads of Revelation 17 represent the ten tribes of Israel in our latter days. When one realizes that the ten tribes of Israel migrated into Europe when the Parthian and Scythian Empires fell, this is a logical conclusion as the European nations have been “ridden” by the Babylonian system for the entire Christian era. Daniel 2 also states the ten final toes will not cleave together very well so this indicates they will be a confederation rather than an autocratic empire ruled over by a “Caesar” figure. This is consistent with Revelation 17:12-13 that foretells the ten heads (or ten kings) will voluntarily “give their power and strength to the beast.” Notice that they are not conquered by the beast system, but rather they are the force which gives the beast his authority. These prophecies indicate the beast system will arise from within the ten tribes of Israel or be installed into power by them.

We may be seeing the beginnings of the fulfillment of these prophecies. The ten tribes are currently located in Europe, Scandinavia, the USA, Canada, Australia and New Zealand–as is abundantly documented in my books on the history of the ten tribes of Israel which are available at the home page of this website. These nations comprise the countries descended from the ten tribes of Israel allied to other modern non-Israelite nations which were ruled over by the Roman (or Holy Roman) empires. The prophecies of Daniel 2 and Revelation 17 very accurately depict the modern reality of the Western world. Its primary military alliance is NATO and almost all European nations are in the EU–which is an undemocratic autocracy in the making as the people of Europe have no say at all in the choosing of the EU’s leaders and the EU parliament is largely a symbolic institution.  We are already seeing a revolt against the Deep State of Babylon the Great with the election of Donald Trump in the USA, the British Brexit vote, the election of Euroskeptic governments in Poland, Austria, Italy and the rapid rise of similar nationalist/populist parties in other European nations. The EU election results will soon be known and it is expected that the Euro-skeptic parties will increase their numbers in the EU parliament. The people of Europe are clearly starting to revolt against the Deep State of Europe which controls the EU and the selection of its top leaders. Whatever the results of the EU election, expect the efforts of European peoples to “buck off” the Babylonian system which has “ridden” Europe (and all the Israelite nations as well as many gentile nations for so long) to continue until the biblical prophecies are fulfilled. We live in very interesting times and momentous events are ahead of us.

There is much more than could be said about the above-cited prophecies, but this post is long enough. For much more in-depth information and documentation about the above-discussed topics, please read my free articles, Are We Living in the Biblical Latter Days?, Is Babylon the Great about to Fall…Ushering in a Global New Beast System?, The Babylonian Origin of the Modern Banking System and The USA in Biblical Prophecy. If you read these articles and obtain copies of my books tracing the entire history of the ten tribes of Israel throughout their migrations, you will understand far more about what is actually unfolding in world events than you will ever grasp by reading the modern secular media. God has authored in the Bible’s prophecies a remarkably accurate “script” for the latter days that the nations are following right on his divine schedule (even though they don’t realize it). Someday, God will become so active in world events that they will be forced to realize that God is the largest “player” in what is happening on the earth today.