DNA PROVES WE ARE ALL “BLUEPRINTED” 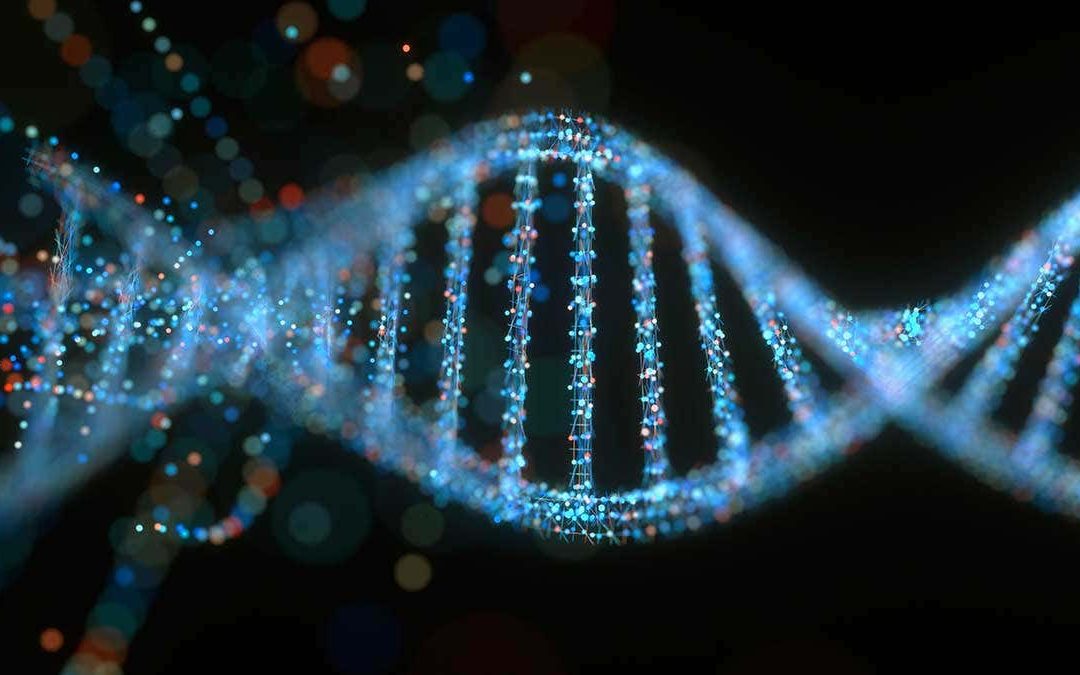 The other day I read in a short newspaper segment an amazing fact about the DNA in human bodies. It was so mind-blowing that I wanted to share it with readers of this blog. The DNA in our body is so vast in its effects that it is mind-numbing to grasp. The facts of DNA do truly prove that we are all “blueprinted” to be exactly what we are. The discovery of DNA and the comprehension of its complexity prove beyond any doubt that there has to be a Creator Super-Being who has designed DNA to perform its innumerable functions.

Did you realize that there are approximately 6 feet of DNA inside each of your cells? That is not a typo. Each cell has so many strands of microscopic DNA in it that, if stretched out straight, it would amount to circa six feet of DNA coding for each cell! I don’t know about you, but to me this is mind-blowing! The first link contains this statement: “all the DNA in all your cells put together [in a line] would be about twice the diameter of the solar system.” Consider: There is that much DNA in just a single human body! Multiple that by the billions of human beings on the earth and you will come up with an aggregate length of human DNA in living human beings on earth that is completely beyond comprehension.

Consider a statement found in the second link. It states that total length of DNA in a single cell would be approximately six feet if stretched into a single line, but then it adds that “a cell contains 3 billion base pairs of DNA in total.” Talk about complexity! It adds that there are about 10 to the 13th power cells in an average human adult body, and that this means there is so much DNA in a human body that if it were stretched out in a line, it would equal a distance of “68,18 x round trips to the sun [measured in Astronomical Units].” That is the complexity in just one human body! Imagine the combinations of DNA that exist in the entire living human population of the earth! The third link offers a menu of related links to research or read on this same topic.

There is much in the Bible that applies to this miraculous DNA “blueprinting” of each human body. Jesus Christ stated to his disciples in Matthew 10:30 that “the very hairs of your head are numbered.” His disciples likely thought that he was speaking metaphorically, but now we know that he was speaking literally. Every human being is so “blueprinted” by our DNA that even the number of hairs that will grow on our heads is predetermined by our DNA. Every detail of our bodies is preordained by the DNA combinations that form in every cell of every developing baby in a mother’s womb. Psalm 14:1 quite rightly asserts: “The fool in his heart has said that there is no God.” No rational person can honestly think that this DNA complexity all developed by accident. The staggering complexity of every living thing screams that there has to be an intelligent designer that painstakingly planned and created such complexity.

Think of the most advanced and complex AI robots that have been designed and made by mankind. Some AI-controlled robots can even jump and turn somersaults now. Some can look human with artificial skin draped over their electronic framework and some can even carry on rudimentary conversations with linguistics programs. If someone asserted that there were no human scientists who designed and manufactured those AI-controlled robots, people would laugh such assertions to scorn. Yet they will look at human (or any fleshly) body and have their eyes glaze over when it is asserted that human beings (who are infinitely more complex than an AI-driven framework of metal parts assembled in a human-like shape) just evolved by dumb luck and accident. When Charles Darwin invented his hypothesis of evolution (it was never factually-based), he regarded living tissues as adaptive blobs which would evolve into new shapes with new functions given a virtually unlimited period of time. Charles Darwin was entirely ignorant of the existence of DNA in every living cell and that DNA literally “blueprinted” what each cell and living organism would or could become. There was no accidental “natural selection.” Every living thing was created via DNA to become what it was. If Darwin were alive today and knew about DNA and its almost infinite complexity, I believe that he would never have proposed such a ridiculous theory as evolution. When DNA was discovered and its complexity became known to scientists, everyone should have seen that evolution was a fraud and they should have seen that only an invisible Creator could design such complex DNA-controlled lifeforms as we have on our planet.

The Apostle Paul observed in Roman 1:17-23 that there are people who “hold back the truth in unrighteousness” (verse 18). Paul excoriates those that can clearly see that such intelligent design requires the existence of an invisible designer/architect, but many such people deny this obvious reality. Paul states of such people: “Professing themselves to be wise, they became fools.” Verse 23 prophesies that such people will deny their Creator and, instead, focus on the creatures inhabiting our visible creation. This focus on the created world coupled with a rejection of any invisible Creator sounds like an accurate prophecy about the theory of evolution to me. Paul wrote in I Timothy 6:20 of “the oppositions of science falsely so called.” Those who proclaim the easily-disproven theory of evolution are practicing a kind of voodoo science which isn’t really true science. David acknowledged in Psalm 139:14 that his body was “fearfully and wonderfully made.” David was more right that he could possibly imagine. David had no ability to imagine anything as complex as DNA existing in every living creature. If David could have known about how DNA controls the shape, appearance, function and content of our bodies, he would have been even more effusive in his praise of the Creator God.

Every time someone tries to tell you that living creatures evolved via dumb luck and accident, remember the miraculous role of DNA and realize such persons are hopelessly benighted. However, it is true that lots of highly educated persons profess a belief in evolution. Given what David said in Psalm 139:14, this can only lead us to conclude that there are lots of highly-educated “fools” in the world today.

Beyond any shadow of doubt, DNA’s complexity and control over lifeforms proves that there has to be an invisible and unimaginably wise and powerful Creator Being who designed all life on our planet. Genesis 1 and 2 look very scientific after all. You are “blueprinted” to be the person you are.