Did the EU Just “Commit Suicide” in Its Refugee Pact with Turkey? 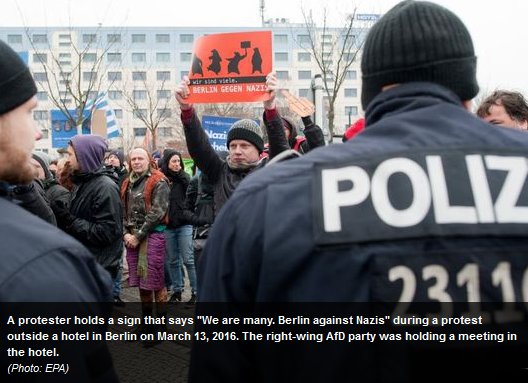 Media reports have announced that the EU has reached an agreement with Turkey on admitting Syrian refugees into the EU nations. The pact was hailed by EU officials as an equitable deal, but closer examination of the reported details convinces me otherwise. Perhaps there is more to this deal than has been reported that makes it more palatable to EU interests, but so far I’ve not seen such information. Therefore, this post is based on information now available…and that information looks very bad for European nations.

The first link details the pact itself, and it reads like a prescription for the destruction of European culture and a way for Turkey to empty its refugee camps of millions of Syrian refugees and send them to Europe. It states that the “EU will pay to send migrants coming to Greece who don’t quality for asylum back to Turkey.” That sounds acceptable, but then it gets worse. The article adds that “For every migrant returned [to Turkey], the EU would also accept one Syrian refugee. The Syrians will be distributed among EU states.” Let’s analyze how easily this agreement can be twisted to serve Turkey’s purposes and to Europe’s destruction. Turkey can identify all persons in its refugee camps that don’t meet asylum guidelines and send them to Europe, knowing they will be returned. However, for each person returned, Turkey dumps a Syrian of its choice back to the EU and the EU cannot object. What if Turkey finds a million people that don’t meet the asylum guidelines? Then the EU returns them and Turkey can send a million Syrian refugees to the EU with the EU footing the bill! Is there a cap on how many Syrian refugees can be sent to Europe by Turkey? If so, it has not been reported. Furthermore, this report states the Syrian refugees that Turkey will ship to Greece “will” be distributed among EU nations. Who will do this distribution and determine how many Islamic immigrants each nation is forced to accept? The unelected EU bureaucrats in Brussels, of course. In other words, this pact simply attempts to codify what the EU bureaucrats already want to do–force member EU states to accept throngs of Muslim refugees that will refuse to assimilate into European culture. How many of the new Syrian refugees admitted into Europe will be ISIS terrorists? No one can predict.

This looks like a horrible deal for European nations. It is “Win-Win” for Turkey and Islam and “Lose-Lose” for Europe and Christianity. How many tens of thousands of Islamic refugees will Italy be forced to accept? How many of them will eventually camp outside the Vatican walls demanding to be let in to impose Islam on the Pope himself? Things could get very ugly. The Islamic refugees already pouring into EU nations have created massive social turmoil already. Admitting another million or more Islamic immigrants into Europe will make current problems much worse.

The second link reports that German Chancellor Merkel’s policy of opening the German door to as many Islamic immigrants as want to come is creating a backlash against her and her political party. German regional elections were recently held in three regions and Merkel’s party fared badly. The big winner was a new anti-immigrant party which captured a remarkably large share of the vote. The Green party even defeated Merkel’s party in one region. If more waves of immigrants pour into Germany and the crime rate goes up and social tensions reach a boiling point, Merkel’s government will likely fall and be replaced by an anti-immigrant party which will force immigrants out and which will withdraw from the EU itself. That is just one peaceful possible outcome. I can think of much worse possible outcomes. The same potentially inflammatory situation is true for every nation in the EU.

The third link documents that Hungary’s leader Viktor Orban was already asserting Hungary’s national rights against the wishes of the EU bureaucrats before the EU-Turkey pact was announced. Orban has called for a national referendum on the Islamic immigrant issue to give him a powerful platform from which to say “NO” to any EU demands that Hungary take more Islamic immigrants. If the EU-Turkey pact is as bad as it sounds, Hungary may be exiting the EU altogether…along with other EU nations. The pact also calls for Turkish citizens to be given “passport-free travel [rights] to the EU as early as this summer.” The naïveté or the foolishness of the EU negotiators is truly incredible. That means that all the rejected Islamic immigrants that the EU will have to pay to ship back to Turkey can then be given Turkish passports by Turkish officials and then they will be free to travel to their EU nation of choice and disappear into the local Islamic communities. In this way, the EU nations will be forced by the EU-Turkey agreement to actually accept an unlimited number of Muslim immigrants. Many European nations will not accept such an outcome. They will leave the EU. Indeed, tensions could become so great that NATO itself will be at risk (Russia would cheer this development). This pact sounds so bad that it should give much support to the forces wanting a British “Brexit” from the EU in the upcoming June referendum on the subject. This pact between the gullible EU bureaucrats and Turkey is so risky to the interests of any nation in the EU that, if I were British, I’d without hesitation vote to leave the EU in the June referendum. The final link also shows that other observers of this pact are also warning how bad it will be for Europe if it is implemented.

As most readers of this blog know, my books and articles identify many European nations as the modern descendants of the ancient ten tribes of Israel who were exiled into Asia before subsequently migrating into Europe in later centuries [My books document this assertion with much secular evidence]. These nations used to have a practicing Christian heritage. It has all but died as secularism has replaced Christianity. Europe is paying a severe price for abandoning its Christian heritage. The prophecy of Deuteronomy 28:43 is coming to pass in Europe on a grand scale. It prophesies that nations that forget God and his laws will be subject to varying national curses. The afore-cited verse states that if nations forget God (i.e. their Christian heritage in this case), that the “stranger that is within you shall get up above you very high; and you shall come down very low.” The “stranger” in this case are the Islamic immigrants. If current trends continue unchecked, European women better start getting fitted for their burkhas and all Europeans better be ready to have Sharia law forced upon them.

Hungary’s commendable Viktor Korban sees the danger. I hope other European leaders soon also see the danger…while there is time to avert a catastrophe for European culture and its native peoples.