DID ISRAEL JUST SEND IRAN A SERIES OF FIRM WARNINGS? 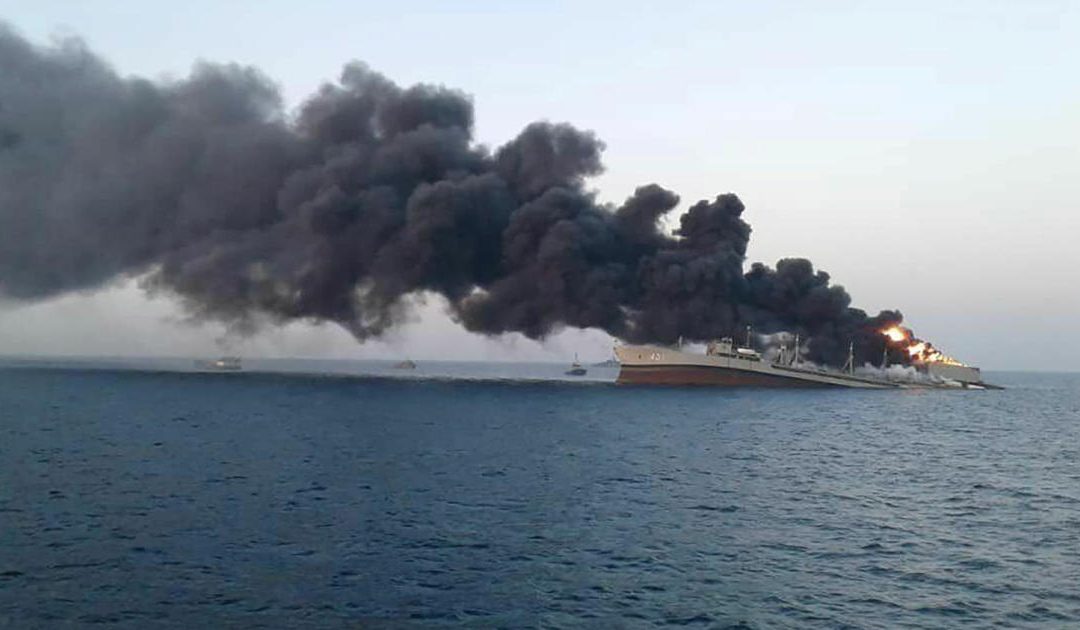 In the aftermath of the brief war between Hamas and Israel, the top intelligence official for Israel’s Mossad touted some of the Mossad’s accomplishments –past and present–vs. Iran, which has been widely acknowledged as the source of the thousands of rockets and missiles fired by Hamas at Israeli targets. Retiring Mossad chief, Yossi Cohen, acknowledged the Mossad’s role in weakening the Iranian nuclear program over the years by attacking its facilities, assassinating key Iranian nuclear program leaders and by seizing a copy of the Iranian nuclear archives (an intelligence coup some have forgotten). It appears the Israelis are sending a firm message to Iran in the aftermath of the Hamas rocket barrage against Israel. The first link details Yossi Cohen’s comments, and adds that Iran has suffered a recent wave of explosions and “unexplained fires” at many Iranian industrial and military facilities.

The largest ship in Iran’s navy mysteriously caught fire and sank just a few days ago. The fire had an unexplained origin and it broke out in an area of the ship that was strategically located to cause the ship to sink. Was this an unfortunate accident? I think not. All ships at sea, especially warships, have extensive fire-prevention and fire-fighting protocols and on-board systems to suppress fires and save warships that do catch fire. Iranian warships would have these on-board systems as well. However, the fire that sank this important Iranian warship began in an area that ensured that this large ship would be lost. The second link and third link give detailed information about this sunken Iranian warship and have some impressive visual imagery. It does appear that Israeli intelligence action led to this Iranian ship catching fire and sinking.

As if to emphasize the point that Israel can strike widely at Iranian targets, a large fire at an Iranian oil refinery near Tehran broke out the same day the Iranian warship was sunk (fourth link and fifth link). Was this just “coincidental” timing? I doubt it. I think the Israelis were warning Iran that the Israeli Mossad has so thoroughly penetrated the Iranian internal defensive systems that it can conduct simultaneous operations inside Iran. These events occurred in the wake of other recent major fires at other important facilities inside Iran. A media report dated May 23rd reported an explosion occurred at an Iranian explosives plant (sixth link), and another media report dated May 2nd reported another explosion and fire at an Iranian petrochemical facility (seventh link). Some of the above-cited links refer to a wave of explosions and fires that occurred inside Iran throughout 2020. The world media learns of some explosions and fires at key Iranian facilities, but who knows how many are occurring that are never reported in the public media?

Clearly, there is a low-level warfare already occurring between Israel and Iran, as I have noted in previous posts. It recently flared into the open when Iranian-aligned Hamas launched thousands of rockets at Israel, but Israel has almost surely been waging a war of attacks against key Iranian locations that have caused much damage inside Iran. In sinking Iran’s largest warship, Israel has also demonstrated the ability to penetrate Iranian military security systems in order to eliminate key Iranian military assets. The danger of a wide regional war involving Israel and Iran is steadily growing. With approximately 100,000 or more Iranian-supplied rockets and missiles aimed at Israel from Hezbollah sites along Israel’s northern border, it seems Israel is making the point to Iran that no place inside Iran will be safe if Iran unleashes those Hezbollah missiles to fire en masse at Israeli targets.

Two other Iranian naval ships left Iranian ports and are headed, apparently, on a route that will take them into the Atlantic Ocean and perhaps as far as Venezuela (eighth link). They are being watched by US intelligence and are surely being monitored by Israeli intelligence as well. If they are bringing Iranian weapons to Venezuela, the US may be forced to take action. It is also possible these Iranian warships may sail into the Atlantic Ocean and then pass through the Straits of Gibraltar en route to Syria or Gaza. That would put them within easy weapons range of Israeli targets. Then another confrontation could erupt.

As this regional situation deteriorates, the likelihood of a major Mideast war is increasing. Israel has made it abundantly clear that it will not allow Iran to develop or possess nuclear weapons. Given Iran’s stated policy of “wiping Israel off the map,” Israel has no choice but to stop the Iranian nuclear weapons program by any means necessary.

Let’s look at this from a biblical prophetic perspective. While we know from Ezekiel 38-39 that Russia, China, Iran and their allies will attack the NATO/Western Democracies bloc at the very end of this age, that prophecy in no way precludes major regional wars from erupting prior to the final age-ending World War III prophesied in Ezekiel 38-39, Joel 2, Zechariah 14 and other prophecies. Indeed, the prophecy in Matthew 24:6 indicates the entire latter day period of time will see many wars occur. If Iran attacks Israel openly and Israel, perhaps with Sunni Arab nations acting with it, administers a very harsh defeat upon Shiite Iran, it will surely drive Iran even deeper into an alliance with Russia and China that will be anti-western. Zechariah 12:1-9 and Zechariah 14 offer God’s guarantee that no one will be allowed to wipe out the Israeli/Jewish nation. If Iran is emboldened to force a war with Israel, I expect that Iran will be forced to learn a very harsh lesson.

Those who desire a comprehensive examination of all the latter-day, biblical prophecies in one source are urged to read my article, What Ezekiel 38-39 Reveals about a Future World War III.