Did Israel Hit an Iranian Base in Syria with Ballistic Missiles? 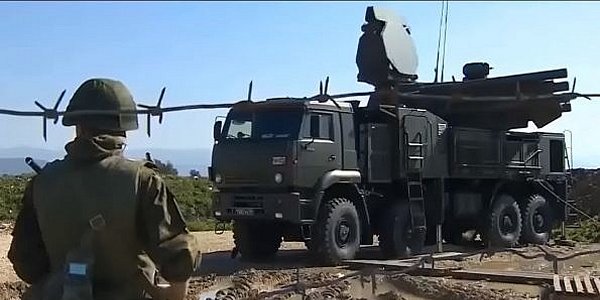 There are reports in the Lebanese, Syrian, Israeli and other media that Israel has struck an Iranian military base near Damascus with a salvo of ballistic missiles. If true, this is a very significant development that deserves more media coverage. There is considerable disagreement among the reports about the particulars of this strike. The reports vary in stating that from 2-5 Jericho missiles were fired at the Iranian military base, and that from 1-3 of the Israeli ballistic missiles were shot down by a sophisticated Russian air defense system shipped by Russia to Syria. It is my view that the reports from the Syrian media are the least reliable as they are doubtlessly issued for domestic political considerations. The various reports about this strike are found in the first link and second link. What I think is very significant in the media reports is the lack of any official Israeli governmental denial that this strike occurred. In this way, Israel could confirm the strike’s occurrence by silence.

Oddly, the reports state that Israel launched the strike with Jericho-1 missiles, the oldest variant of its Jericho ballistic missile. Indeed, it is so old that this type of Israeli missile was almost used in Israel’s 1973 war (third link). The third link also details the capabilities of the upgraded Jericho-2 and Jericho-3 ballistic missiles possessed by Israel. Reportedly, the Jericho-3 has sufficient range to reach most of the inhabited world. Significantly, this is the first report of any Jericho ballistic missile ever being fired by the Israelis in an actual military mission.

Let’s assume for purposes of this post that the Israelis did fire a limited salvo of old Jericho-1 ballistic missiles at an Iranian military base in Syria, hitting it and causing damage to the target. Why would the Israelis fire missiles which are among the oldest in its inventory? I think there are three answers why it fired Jericho-1 missiles in this strike. They are:

(A) The firing of any Jericho ballistic missiles sends a firm message to Iran (and its Shiite allies) that Israel is prepared to fire ballistic missiles at Iranian military assets to stop the creation of a Shiite corridor from Iran directly to Israel’s northern border via Iraq and Syria, a topic I’ve discussed in several previous posts. Since Israel’s goal of stopping this Shiite corridor parallels the interests of the Sunni Arab nations, it is likely that if Israel must go to war to stop such a corridor from forming, it will not be going to war without Sunni allies,

(B) The Israelis likely used old Jericho-1 missiles as they did not wish to reveal the flight characteristics or capabilities of the later versions of the Jericho missiles. Russian technicians were likely staffing the Russian air-defense system so any use of the more modern Israeli missiles would have given useful information about those missiles to the Russians and their Shiite allies. By using the oldest type of Jericho missile, such critical information was withheld from Israel’s enemies, and

If the Israelis are nearing a decision to go to war to stop the Shiite corridor in the Mideast from being created, they need to acquire as much information about how to defeat Syria’s and Iran’s air defense systems as possible. They may have successfully accomplished that objective with this strike. It cannot be reassuring to the Russians (or others operating Russia’s air defense systems) that Israel can successfully penetrate a modern Russian air defense system’s defenses with very old Israeli missiles.

In Matthew 24:3-6, Jesus Christ prophesied that “wars and rumors of wars” would be one global sign that his return is nearing. There have always been wars and rumors of wars throughout human history, so this prophecy must mean that there will either be an increase in such events or a massive increase in the scale of these events in the “latter days” of our age. Indeed, both are likely true. For more information that we are provably living in the prophesied latter days of our age and that we are, therefore, nearing the time of Jesus Christ’s return, I urge you to read my article, Are We Living in the Biblical Latter Days?

My thanks to a reader for helping to make me aware of this story.