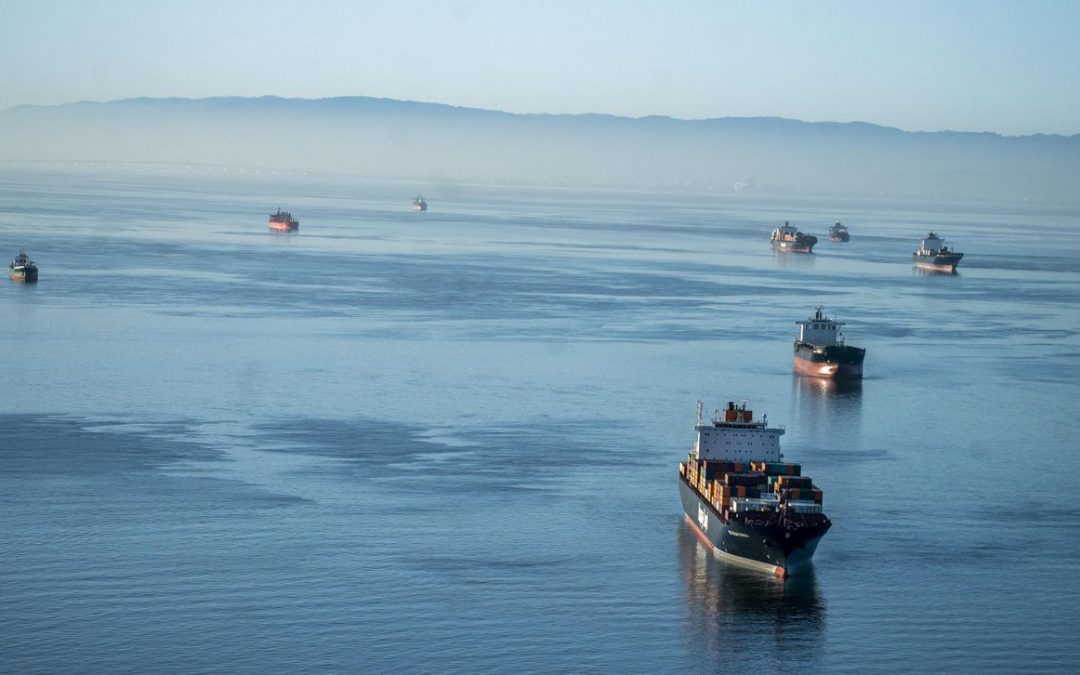 It appears that Iran may have just field-tested a new secret weapon, which I’ll describe in a moment. Before examining that possibility, let’s review what Iran has recently done on the high seas near its border.

My most recent post discussed the Iranian attack on an Israeli-managed civilian ship, and what was likely Israel’s swift retaliation (setting afire seven Iranian ships in a seaport). The first link is about Iran’s apparent hijacking of another civilian ship and ordering it to sail to an Iranian port. That action virtually assures us that it was an Iranian operation. The second link raises the question of Iranian proxies being behind this hijacking, but Iranian “proxies” do what Iran tells them to do. This link has a very good recapitulation of the military provocations which have brought us to the current situation where war could break out very easily. It raises the issue of something very odd that raises the question of whether Iran has tested some kind of secret weapon against civilian merchant ships. It reports that five merchant ships reported that they had suddenly lost the ability to control their ships. The third link confirms this report and adds that “at least six ships” had lost the ability to steer their vessels “under unclear circumstances.”

While occasionally a ship at sea can have an equipment failure which causes a loss of control over a ship’s systems, this is a very rare event. For “at least six ships” in the strategic and contested Persian Gulf and Gulf of Oman to all suddenly lose control over their ships would be unprecedented. This cannot be a coincidence. Clearly, there has to be a common cause for all of these shipboard failures of their control systems. Iran and Israel have been involved in a low-level state of war for some time, and the Persian Gulf/Gulf of Oman region is edging closer to being a conflict zone. I think Shiite Iran is sending a message to the world that it is dangerous to do business with the Sunni Arab nations whose shores are on the Persian Gulf. This could eventually have huge ramifications in world markets as much of the world’s oil shipments pass through this dangerous maritime region.

What could have caused sudden shipboard failures in the control systems of at least six ships in the same general region? We do not know for sure, but this occurrence is most suspicious and I think it is likely that a military weapon was field-tested by Iran against these civilian merchant ships. I will offer two possible explanations for this kind of shipboard disruption. I’m sure most readers are familiar with the fact that the detonation of an EMP weapon (electro-magnetic pulse) can cause such sudden loss of control over all digital/control systems. However, this type of weapon is associated with the detonation of a nuclear weapon and there was no reported such detonation in this instance. Nonetheless, the consequences of what happened do mimic an EMP attack. Can it be that Iran was field-testing a new type of weapon which can make an EMP blast very localized and directional against selected targets? If Iran (with the help of Russia or China) is developing such a weapon, its use against six merchant ships just south of Iran’s shores would mean that Iran is close to being able to use such a weapon against Israel, the USA or any other Western nation.

Seven years ago, the Washington Examiner ran a story that Iran had sent some of its warships off the USA’s Atlantic coast as a dry-run for a future EMP attack against the USA wherein Iran could launch missiles from civilian container ships. This confirms that Iran has long been considering the use of EMP weapons. Perhaps in the last seven years they have found a way to focus a narrow EMP wave against a selected target without exposing an entire region to the effects of an EMP blast. Is it possible to piggyback an EMP blast wave along the path of a laser or directed-energy weapon of some kind? The fifth link is a post I wrote years ago that China was trying to perfect a “localized EMP” weapon that could be used against a small geographical area–such as US warships. China has had years of additional time to perfect that type of localized EMP weapon, and they were intending that weapon to be used against US warships. Since Iran, Russia and China are allies, it would be quite feasible for China to deploy a newer and more localized version of such a weapon to Iran to field-test it against civilian ships at sea. I have not seen any report regarding how close to each other these six ships that had their control systems disabled were, but if they were close to each other, this type of weapon may explain what happened to them. Based on my knowledge of EMP weaponry, the six ships could be examined to see if their digital systems were permanently “fried” or whether they were repairable. If the damage is permanent, an EMP-type of focused electromagnetic energy could account for this damage. Another possibility is that Iran used a new type of “jamming” device which negated the on-board digital systems of the disabled merchant ships so they could not be used. If damage to the merchant ships’ digital control systems was only temporary, circumstances would favor this second option.

Whatever the explanation for the merchant ships losing control over their ships’ steerage, someone (almost certainly Iran) has escalated the tense situation in the Mideast by deploying some type of new weapon which caused so many ships to be affected in the same way. I’m sure the military and intelligence forces of many nations will be scrutinizing this mysterious event to see what caused this damage to the affected ships and whether it could be also used against warships.

In a related story, the situation along Israel’s border with Lebanon is further deteriorating. Iran’s proxy force, Hezbollah, is firing larger barrages of rockets against targets inside Israel, and Israel is responding with artillery fire to suppress their launching points (sixth link). These latest rocket attacks occurred in the region that includes the Golan Heights and the Upper Galilee region of Israel. I was in that region in August of 2000 and would undoubtedly be hearing the warning sirens if I were there today. Indeed, I stayed one night at a kibbutz that is at the base of the Golan Heights. Israel has no strategic depth to absorb the blows of an attacker. I wonder if some of the Iranian-supplied rockets and missiles in the Hezbollah arsenal include EMP-generating warheads. If the answer is yes, then one such detonation over northern Israel would nullify a great deal of Israeli infrastructure and control systems. Israel cannot absorb such damage or fight a long war of attrition. If Israel is attacked by a large-scale attack of Hezbollah missiles, Israel will have to attack with great lethality very quickly. If such an attack occurs, Israel will know that Iran made it possible and almost certainly ordered it. When/if Israel ever has to respond to such an attack, I’m sure Israel will target many sensitive locations inside Iran as well as the launch sites inside Lebanon.

Matthew 24:6 prophesied there would be “wars and rumors of wars” during the latter-day period of our current age. That is certainly being fulfilled already, but the “rumor” of a large war in the Mideast could turn into an all-out war with very little warning.