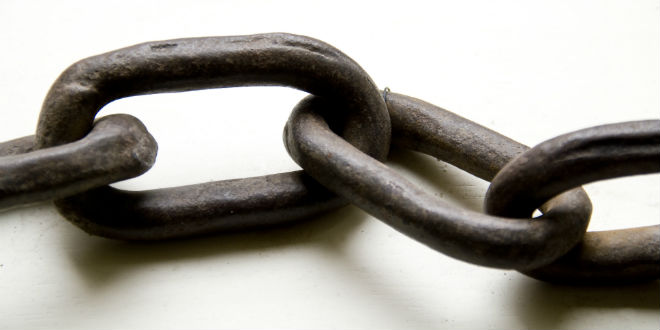 Leading up to 2014, many religious websites offered articles and essays on a series of “blood moons” and solar eclipses that were going to occur in 2014-1015 on biblical Holy Days. Such a series of lunar and solar eclipses in a short time, all on biblical Holy Days, is a very rare event on the astronomic calendar. Many websites read by Christians of many different denominations and schools of thought anticipated that God would bring a major judgment on the earth in the form of a global crisis of some kind as these astronomical “signs” climaxed in the fall of 2015. I was watching this rare astronomical phenomenon as well. I also wrote a post about the blood moons and solar eclipses and the possibility of a major event occurring in the fall of 2015 (first link). Thankfully, I never “set dates” so I was not embarrassed when Fall 2015 came and went and nothing major occurred. I concluded that since mankind’s expectations and God’s own timetables for prophetic fulfillment often do not coincide; this was one more such confirmation of that fact.

However, new information has come to my attention and I wanted to pass it on to all readers as this information may mean that the expected crisis in Fall 2015 was simply delayed until Fall 2016 due to a biblical factor that almost no Christians had thought of in their expectations and writings about the lunar and solar eclipses on biblical Holy Days in 2014-2015. It turns out that there is widespread agreement among groups which follow such calculations that the year 2015-2016 is a Jubilee Year on the biblical calendar. This could prove to be very significant. As many readers realize, the biblical Sacred Calendar is different that our secular calendar. In God’s biblical calendar, the passage of time is divided into 50-year segments called Jubilee Cycles. These are described in great detail in Leviticus 25 and I urge you to read the entire chapter.

When God led the Israelites out of Egypt in the Exodus and gave them his Torah laws to govern their nation, he gave them a calendar which divided the passage of years into seven-year cycles in which every seventh year was called a Sabbatical Year during which the land was to lay fallow and be allowed to recharge its fertility (verses 3-5, 34-35). The years were calculated into seven cycles of seven years each (verse 8) which totaled 49 years. However, the seventh seven-year cycle was always extended by one extra year to make a 50th year called the Jubilee year (verse 10). This means that the seventh and final seven-year cycle would consist of eight years instead of the usual seven years and that the next 50 year cycle would begin after each Jubilee year was concluded. The final seven-year cycle concluded with a double Sabbatical Year (the fiftieth year) as Leviticus 25:10-12 commands. The Jubilee Year was a year of great celebration in which families’ inheritances were restored to them if they had lost them during the 50-year cycle, servants were granted freedom, debts forgiven, etc.

I do not recall a single article about the blood moons and eclipses that mentioned 2015-2016 was going to be a Jubilee Year. The second link confirms that many diverse groups that follow such biblical calendar calculations agree that the 2015-2016 year is a rare Jubilee Year. This could have major ramifications for prophetic expectations. It means that the anticipated global or financial crisis expected at the end of the seven-year cycle in 2015 should have been expected in Fall 2016, not Fall 2015 because we are in the final seven-year cycle which is extended by one year to include an eighth year. The second link offers a web-search menu of articles available at the links of many different groups which write on this topic. These links include a variety of conflicting doctrines, interpretations, etc., and I want to stress that I am not endorsing any group’s doctrines, interpretations, etc. The purpose of including the second link is simply to make the important point that many groups with differences of opinion on a variety of issues agree that we are now in a Jubilee year. To make the point mathematically, the biblical 50-year cycle can be understood as: 7+7+7+7+7+7+8=50 years.

If our current Jubilee Year cycle is biblically climactic, then the seventh year of the previous six cycles of seven years should have been accompanied by a singular event or crisis that will culminate in the biggest crisis or event being at the end of the seventh cycle of years when the Jubilee year occurs. This has in fact happened in each of the previous seventh years in the current Jubilee year cycle. Notice the following list of seventh-years in each of the previous cycles and the accompanying major event/crisis that occurred in that year. Each had global ramifications.
YEAR     EVENT

As one looks at the above seventh years of the preceding seven-year cycles, each one featured a major crisis with global ramifications. The 2001 and 2008 crises indicate a rising level of global danger in the crisis event that occurred in that year of the seven-year cycles. Government leaders in 2008 warned that the world financial system had come within a few hours of complete collapse in the wake of the sub-prime loan disaster and the collapse of Lehmen Brothers. Only heavy-handed government interventions and prolonged monetary inflation by central banks staved off disaster. If the global financial system almost collapsed in 2008, could it be that we will witness the actual collapse of the global financial system in 2016? Revelation 17-18 prophesy that just such an event will occur during the latter days of our age just prior to the unveiling of the global “beast” political/financial/religious system that has been allotted just 42 months to reign (Revelation 13:1-4) before God sends Jesus Christ to intervene in human affairs and set up his millennial government on earth (Revelation 19:11-20:4).

If this prophecy is fulfilled in 2016, the most likely time for its fulfillment is sometime during the Fall Biblical Holy Day season. Many stock market crashes have occurred in the fall months and the Yom Kippur War in 1973 obviously coincided exactly with one of the fall biblical Holy Days. In 2016, the biblical Holy Days occur in the month of October, so we should be vigilant in watching for any such fulfillments leading up to or during that time. After the British Brexit vote to leave the EU, the global markets fell and then recovered; however, there are many stresses that are building up in the global financial/monetary system. Any of these growing stresses could be the trigger which sets off a cascading series of events that fulfills Revelation 17-18. Revelation 18:10 and 17 prophecy that the latter-day system of Babylon the Great will collapse in “one hour” and verse 8 says it will happen in “one day.” People used to think this had to be a metaphorical reference, but in the age of interconnected global digital markets, a major collapse in one market sector or nation could easily trigger a quickly-spreading cascading crisis that swamps all markets within an hour on a single day. Indeed, a total collapse of a major global bank could cause a disaster in the massive, and generally unregulated, derivatives market which could cause a collapse of global financial systems within an hour due to the counter-party risks among all global banks and investors.

In conclusion, everyone who thought “well, nothing happened” because of the series of blood moons and solar eclipses that occurred in 2014-2015 may have relaxed their guard and vigilance one year too early due to an unawareness that we were entering a Jubilee year in the Fall of 2015 and that another year would have to be added to the final seven-year cycle of our current biblical 50-year Jubilee cycle (I include myself in that category). As usual, I do not “set dates” and I am not making a specific prediction of such a collapse in Fall 2016, but I will be extra observant and vigilant in watching world events unfold in the next few months. I suggest you should be as well. Have you made any personal or family preparations for the severe dislocations in the delivery of vital goods and services that such a systemic global financial collapse would cause? If not, it would be wise to do so soon. No one can plan for everything, but one should make common-sense preparations. My article, Should Christians Prepare for Future Hard Times?, offers biblically-based advice on how to do so.

Also, if any readers have not read my articles, Is Babylon the Great about to Collapse…Ushering in a New Beast System? and The Babylonian Origin of the Banking System, I strongly urge you to do so. The first article was written at the time of the near-global financial collapse in 2008, so its content is apropos today. The second article will enable readers to understand why the book of Revelation so appropriately refers to our modern financial system as Babylon the Great. October will be here in three months. We won’t have to wait long to see if an epic biblical fulfillment is in the offing.