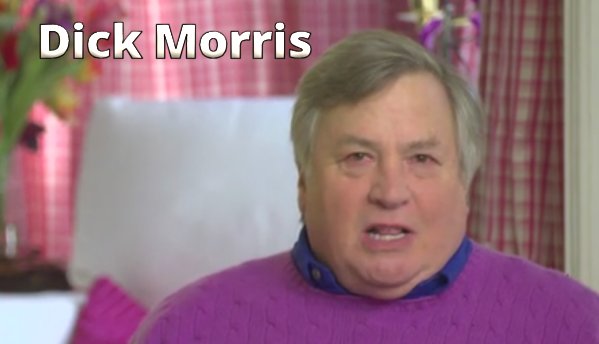 My previous post had good news for the Israeli nation and its security situation. Today’s post reports a new threat to Israel’s security. The first link is from recent posts sent out by well-known American political commentator, Dick Morris, to those who sign up for his free emailed updates. In the link, Mr. Morris details a plot by the administration of US President Obama to force the creation of a Palestinian state and force a withdrawal of Israel to its pre-1967 (and indefensible) borders.

Mr. Morris asserts that the Obama administration, along with the French government, intends to call for some kind of international conference that will vote to bring a Palestinian State into existence and force Israel to recognize it. It further asserts that this international conference will be intended to compel Israel to retreat to its pre-1967 borders to accommodate a larger Palestinian state that anyone currently envisions. Obviously, I do not know if this plan will actually be initiated on the global scene, but I wanted readers of my blog to be alerted to this possibility. Mr. Morris’ information about this pro-Palestinian plot by the Obama administration is found in the first half of the video-clip on the first link (the second half of the video-clip is on a different subject).

I’d like to particularly call to the attention of readers what Mr. Morris has to say at about the 1 minute and 25 second portion of his video-clip. He calls this plan by the Obama administration “insidious,” and he briefly hints at how insidious it may truly be. Mr. Morris reminds his listeners that it was the UN which created Israel into existence in 1947 in its vote to partition the British Mandate region of “Palestine.” He adds that the UN, after this planned international conference calls for a Palestinian state and the forced shrinkage of Israel to its pre-1967 borders, would then call for a vote to implement the demands of the international conference. Normally, the USA would veto any such UN resolution or action, but since Obama has long been hostile to Israel and its government, Obama may instruct the USA’s UN ambassador not to veto the resolution. In essence, this plot may ultimately argue that “Since the UN created Israel via a UN vote, the UN can un-create Israel via a UN vote,” or at least shrink Israel’s borders via a UN vote.

Obviously, Israel will not submit to any such UN vote. Any such vote would create a major Mideastern crisis. I hope that with growing support for Israel among the Sunni Arab nations in the Mideast as well as the open support for Israel shown by six East African nations (see my previous post), this alleged plot by the Obama administration will never become a reality. My previous post also cited a security official within the United Arab Emirates as openly calling for cooperation with the Israelis and rejecting the need for a Palestinian state. The Sunni Islamic nations in the Mideast need Israel as an ally against a resurgent Iran–which has just been made far stronger by the Obama administration in its “nuclear agreement” with Iran (that agreement looks ever more like a “surrender” to Iran). The second link reports that Iran has offered large cash awards to Palestinian terrorists who attack Israel and much larger cash awards to their families if Israel destroys the homes of terrorists. I think all the nations in the Mideast and the world just saw, in that action by Iran, that Iran is allying itself with the Palestinians and wants a Palestinian state which will encourage terrorism vs. Israel and which will be aligned with the Iranian Shiites (as is the Syrian Assad government, Hezbollah, The Yemenite Houthis, the Iraqi central government, etc.). An Iranian-Palestinian alliance directly threatens all Sunni nations in the Mideast, and that may be why a security official from the UAE made a pro-Israeli, anti-Palestinian statement.

This also has biblical implications. In Zephaniah 2:1-10, it was prophesied that the Jews (i.e. “Judah”) would again have an independent nation in the old Promised Land in the latter days just before the “Day of the Lord’s anger” when God divinely and openly intervenes in human affairs. This approximately 2600 year-old prophecy foretold with incredible accuracy that the latter-day Jewish nation would be founded along the “coast” of the Promised Land and would also include the city of Ashkelon. When it was founded in 1948, the Israeli nation possessed the “coast” of the old Promised Land as well as Ashkelon. Only a Creator Elohim Being who has all power and lives eternally could make such an ancient prophecy come to pass accurately and right on schedule. Zechariah 12 and 14 also link “Judah and Jerusalem” as inseparably linked together in the latter days, and Jerusalem is now the capital of the Israeli nation. Zephaniah 2:8 also foretells that God will notice that surrounding peoples will “magnify themselves against their [Israel’s] borders,” and that those nations or peoples which do so will experience God’s wrath. It would appear that the Obama administration, France and others will attempt to “magnify themselves against ‘Judah’s borders’ by creating a large Palestinian state within what is now Israeli territory. Based on the curse that is pronounced in Zephaniah 2:8-10 against anyone who would try to shrink the borders of the Jewish nation in the latter days, I would not want to be in the shoes of anyone who makes such an attempt.